Buenos Aires Real Estate Transactions up 43.9% in one year 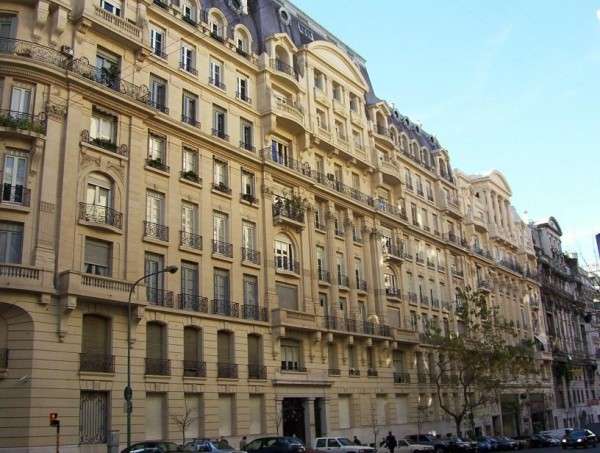 Gateway to South America on 09/10/2016 - 10:11 in All categories of countries are, Argentina Lifestyle, Argentina-General, Buenos Aires Residential

Yes, Buenos Aires City real estate transactions up 43.9%. They have experienced its strongest monthly growth in sales since pro business President Mauricio Macri was sworn-in, showing signs of a tepid rebound after years of stagnation that had been caused by stringent capital controls.

However, although the latest numbers were positive, experts continue to disagree over whether the recent uptick in real estate sales confirmed that sales are about to embark on sustained growth.

In August real estate transactions grew by 43.9 percent in comparison to the same month last year, and by 18.4 percent from July.

“Since capital controls were removed we’ve gone from getting zero inquiries over real estate purchases to now several,” Soledad Balayan, director of Maure Real Estate Company, told the Herald. The capital controls implemented by former President Cristina Fernández de Kirchner’s administration had caused the market to destabilize as it made it difficult for people to have access to dollars, which is used for the majority of real estate transactions in the country, the real estate agent said.

“This is a gradual improvement, people are starting to believe more in the economy in comparison to the last few years, the numbers are starting to improve, but this isn’t a boom situation or one of the best years,” said Reporte Inmobilario real estate consultancy analyst, Germán Gómez Picasso in conversation with the Herald. And though this year’s sales are higher then during the 2012-2015 period when capital controls were implemented, it still hasn’t overtaken pre-capital controls sales numbers.

In 2011 the number of real estate transactions reached 5,809 in total. Gómez Picasso explained that 2014 had been one of the worst years in the real estate market on record, when sales fell to 2,763 transactions in total.

‘Not really any movement’

Despite the optimism by many real estate agents, not everyone was happy with business this year. Alba García, who is a realtor for a real estate company in the Buenos Aires City neighbourhood of Almagro, complained to the Herald that the market is still stagnant. “I haven’t witnessed any inquiries, there is not really any movement. Maybe there is some movement in the more expensive properties but not in my sector,” she said. Over 80 percent of the real estate properties sold this year were units that were each over 700,000 pesos in value, with 27 percent representing over 1.5 million pesos. Garcia highlighted that the end of capital controls had put more properties on the market for sale, increasing the supply, but that the demand was still flat.

In spite of this, the slow increase in sales reflected in the latest statistics maybe starting to affect apartment sale prices.

The average price per square metre for new apartments increased by two percent and by four percent for used apartments, in comparison to the same period last year, according to a report from the UADE Argentine Business University’s yearly real estate.

“There is an erratic behaviour in the values, in the new properties that have been put up for sale and the used ones, and the disparities in the different neighbourhoods prevents the confirmation of any market tendency,” states the report.

A factor that could be key in moving the real estate market into a booming growth cycle, experts say, depends a lot on whether mortgages start to take off. And the Reporte Inmobilario study shows that real estate purchases with the use of financing are on the rise.

There were a total 613 properties purchased with mortgages in August, 135.8 percent more than last year, and 46.3 percent in comparison to the previous month, according to the notary’s college of Buenos Aires and statistics provided by the INDEC statistics agency. This could be a result of the Let’s Change (Cambiemos) administration policy of trying to give the real estate market a boost with a new housing credit scheme that they introduced in April, which is centred on the Unidad de Vivienda (UVI) unit, which has its value tied to the country’s consumer price index.

So far in the past eight months of 2016, 2,601 buyers have used financing to purchase real estate, an increase of 20.5 percent from last year. Of all real estate sales, mortgage financing represents 12.3, increasing by 1.2 percent from 2015.

“What I’m seeing now is the Banco Nación is offering mortgages to people that are becoming very attractive, people that before would have never applied for financing are starting to apply,” said Balayan.

Though some experts minimize the influence that the regularization of assets could play on the real estate market, the recent growth could in part be explained by the Let’s Change administration’s programmes for people who have undeclared assets in tax havens or who hoard their money under the couch.

This is because by the end of this month the last chance to regularize undeclared cash expires on October 31, 2016. Some speculate that this will translate into another mini-boom of real estate transactions into September and October, with the middle class seeking to regularize their undeclared assets.

“We have a lot of clients that have come to us for inquiries. Even though their money hasn’t been regularized yet, it is estimated the money the upper-middle classes and upper classes will declare will be very significant,” said Real Estate Developers (RED) director Gustavo Llambías in an interview with Ambito Financiero. He believed that though the money would first be put in an account, many clients would later use it to purchase real estate in Argentina.

One of the main vehicles that real estate developers predict will be used are trusts. While the regularization law for undeclared assets doesn’t clarify this mode of investment, they are expecting that the AFIP tax agency bureau will permit these types of operations, applying a five percent fee.

Contact the Gateway to South America team to learn about the best investment opportunities in the region. The company is a benchmark for foreign investors wishing to invest in http://www.gtsa-argentina.comArgentina, Brazil, Chile, Paraguay, Peru and Uruguay, providing expert advice on property acquisition and disposal.