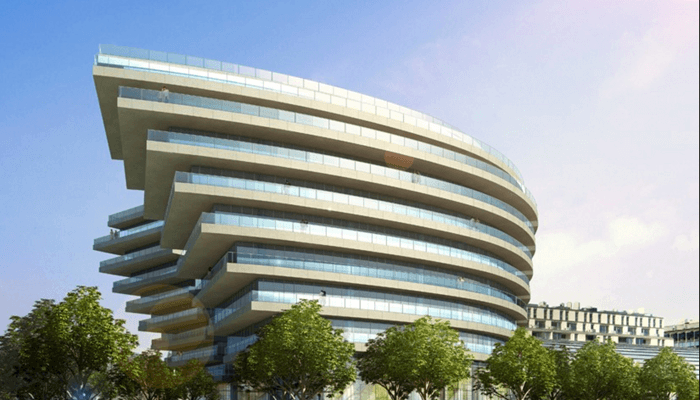 Despite the devastating numbers that indicate a drop in sales in new projects of more than 50 percent compared to the same month last year, developers prefer to look at the glass half full and bet on the long term. That was one of the main conclusions of the fourth edition of the Real Estate Summit organized by the leading Buenos Aires newspaper, La Nacion.

“It’s a sector in which when you start a project until it ends, it goes through all the economic cycles,” said Marcos Juejati, founder of North Baires, the developer with more than 100,000 square meters of residential projects and another 50,000 square meters in office projects. Its strategy is to handle the vicissitudes of macroeconomics is to have projects in different stages. One of them is the 56,000 square meter project located on Callao and Santa Fe where they have sold 80 per cent of the units.

“We build projects in the locations that our premium buyers desire and where the negotiations for the search of land can take up to five years,” he acknowledged. The specialist says he never buys land that has a sale sign on it. “We build the land,” he added. Sebastián Sommer, founder of Tayron Capital, an institutional real estate investment platform in the region, instead, targets the middle class and at this moment has some more challenges with the freezing of UVA credits. However, he remains optimistic.

He affirmed that since 2015 the rules of the game have been improved: the UVA was created, the productive financing law was regulated and tax exemptions have been generated. “It was shown that there is a huge deficit in the projects for the middle class, because when it was given purchasing power, it reacted, the problem is that today it does not have that same power,” he stressed. He added that the regulation of the Law of Productive Financing gave him the incentive to redouble the bet in the middle market segment. They prepare funds to invest in housing and mortgages that will build ventures in the Belgrano and Chacarita boundary. “The works in the city are being reconfigured and new areas are emerging,” he added.

On the other hand, he considered that when one builds for the middle sector, units that sell for little more than 3000 UVA from the ground up – the key is to know when to start. “It is not the same to develop a project in Caballito than in Barracas or at the end of the Conurbano”, he explains.

During the talk that involved the developers also recognized the low cost of construction in dollars. “We must seize this opportunity, in a year the cost dropped to 30 per cent and have remained at those build values ​​because the wages of the workers are still behind”, quantified DamiánTabakman, the man who for a year has been leading the Chamber of Urban Developers (CEDU), He started his management when the market started to cool down.

Tabakman acknowledged that “there are fewer buyers, but there are investors and they are the ones who are willing to capitalize on this reduction in the cost of construction, which generates a good context for whoever is willing to save for when the market rebounds, to transform savings into bricks. It was always said that the brick is a refuge of value, but in truth, it is also a multiplier. The one who makes the decision to advance in the market even in times similar to the current one, over time finds that decision is profitable, ” he said.

Juan Francisco Politi, vice president of the capital market company, Allaria Ledesma, said that today the market has a logic by which banks cannot be asked to subsidise new spaces for public or private investment. He celebrated the regulation of the law of productive financing. “It is a boost to insurance companies to invest in a long-term framework. Just as there was once a stimulus to SMEs and SGRs, today there is an incentive to the long-term real estate sector. What the investors will set is that the head of the development has a good track record and a good rate of return on investment.”

Regarding prices, they all agreed that buyers who have US dollars are willing to assert their value and do not acquire property without negotiating for a lower price. Except in the cases of very premium ventures located in areas of the city that are unique and impossible to replicate. “We do not even look for neighbourhoods but microzones, blocks or specific blocks and we do not measure the business by the incidence of land,” said, Juejati.

Another point in which the interviewees coincided during the day is the strong disagreement that was generated between supply and demand. Martín Boquete, director of Toribio Achaval Propiedades was very graphic: “the offer is in the gym and the buyers are at the psychologist, these parties will come together when the sellers are stronger and the demand is calmer”.

The broker acknowledged that the market has been excellent until the middle of last year. In moments of crisis like the current ones, it is when we reflect more. “We see in the market that the one who speaks is generally the one who carries the voice of the offer, this is the one that studies the situation, the most rational but also the one that buys, measures it in another way: that is, its marriage, divorce or inheritance, or a death and they are the ones who are active. You have to think that the life cycle of a property exceeds 100 years, so it is a mistake to buy a property with the news that came out in the newspaper in the last week, ” he said.

Meanwhile, the director of Ocampo Properties, Gabriela Goldszer, said that in order to understand the market today, it must be divided into three dimensions. On the one hand, there is the massive one, which was leveraged by loans and is the most hit segment with fewer buyers, which leads to lower prices, counteroffers and the search for opportunities.

Then there is the selective market, which has greater purchasing power – it is the one that acquires properties above USD 3,500 per square meter – and resists lower prices and is adjusted by supply. And finally, the market of those who buy land looking at the long term.

Mariela Schenone, the woman specialist in tax issues of the sector, as well as director of CDS Desarrollos Inmobiliarios and Metro X Real Estate, said that it is easier to work today on the offer from developers than on demand from the buyers. “There is a demand crisis for which people want, but can not buy, and the developers, who could invest, but choose not to build for the middle segments.

But with current programs, which allow those who build social housing are exempt from IVA and funds that invest more than 10 years do not pay profit taxes, so there is a push towards that. It’s a good moment. The Government gave prominence to the sector. Schenone affirmed that the tax burden represents 53 per cent of the investment of the project but that with the measures proposed by the Government it could be reduced by half. “Something that in theory would impact on a decrease of the property prices” she said.

The good news came from Alejo Espora, chief economist of Banco Ciudad who announced that the entity works on the real estate offers with a credit line for developers. “What we did was to strengthen the line that was lowering the interest rate by one point, we give a better advance and an additional benefit if it is built in the southern zone and we extended the execution period.

We have 11 projects of which 10 are residential for 500 units and one for offices in Parque Patricios. “And, at the same time, he confessed that he plans to maintain the level of mortgage loans through the projects of the Olympic Village and the Buenos Aires Station neighbourhood. “With a weaker private demand we will be placing the same amount of mortgages through the 1,000 units of the Olympic Village built by the City Government and the 5,000 of Buenos Aires Station; the idea is to continue with new neighbourhoods, “said Espora, adding that “to make the proposal attractive, they kept the rate since the end of 2018 and financed 80 percent of the property.”

On the myths and realities of UVA credits, Mariano Otálora explained that despite the strong devaluation of 2018 and the acceleration of inflation, UVA credits responded very well and that most of the takers do not understand the true functioning of the UVA credit. They think that credit is unpayable and that capital never falls and it is the opposite. In nominal terms, people owe more, but in real terms they owe less than what is requested.

And for those who took it, today they owe less in real terms in pesos and as a result of the devaluation and the increase in property values, there is also less capital measured in dollars. Otálora ended up explaining that the critical variable to follow is not inflation, neither the dollar nor the price of real estate, but peoples salaries, UVA went from a ratio of initial income of 25% of salary to a ceiling of 30%, because the salary does not come without inflation, as long as the salary is recomposed, the income-share ratio will be stable.

Looking to the near future, developers ask those who govern to pass clear rules and that endure over time. Also fewer taxes: “there are transaction taxes that make the business a lot more expensive than the purchase of the land should”, concludes Sommer.