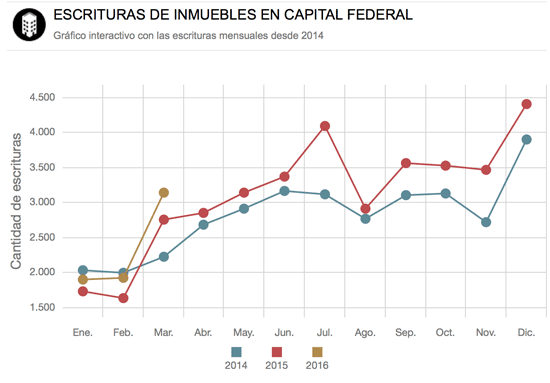 Gateway to South America on 07/05/2016 - 10:00 in All categories of countries are, Argentina-General, Buenos Aires Residential

“Zona Prop”, the official index for specialising in website property search on the selling price and property dollars in Buenos Aires, issued a report called Buenos Aires Property Price Review 2016 that spotlighted the most sought after neighbourhoods and which of them offered the most affordable housing in Buenos Aires; identifying the differences in services and quality.

As in other areas of the economy, Buenos Aires is a city that offers a wide range of opportunities and real estate is no exception; providing a category where there is a house or apartment for every taste and every pocket.

In this portal, currently more than 50,000 sales of apartments are recorded in the Capital. In recent times the apartments values per square meter used were quite dynamic. From October 2012 to December 2014 values remained stable without significant change, around $ 2090 per m2. But November 2014 marks a turning point in the series, thereafter a growth trend consolidated. In the last twelve months, the series accumulated growth of 6%. 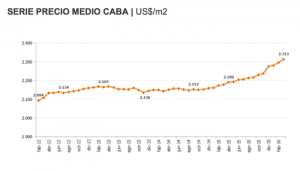 Rodrigo Lejtman, economist Prop Zone, said “presenting the five neighbourhoods with the highest and lowest price per m2 of the City of Buenos Aires. Puerto Madero remains the highest price point at $ 5057 USD per m2, by far away from the rest and more than double the average price in the city. Las Cañitas, Palermo and Recoleta are located on the second, third and fourth range respectively, with prices between 40% and 30% above the average price of the Capital. Within the top 5 includes Nunez, with a price of  $ 2605 USD per m2, or about $ 350 USD above the average price. ” 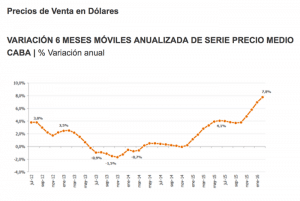 “Puerto Madero undisputedly remains the most expensive neighbourhood since the beginning of our records. Las Cañitas, Palermo and Recoleta are held in the last five years occupying different positions within the top 5. Nunez, meanwhile , recorded in recent years a substantial increase in price that places it today just above Belgrano (US $ 2600 USD per m2), Barrio Norte (2580 USD) and Retiro (2575 USD).

Neighbourhoods with lower prices per m2 are Balvanera, San Cristobal, Parque Patricios, Once and Floresta, with prices between $1700 USD and $1800 USD dollars per m2. Their prices are between $440 USD and $550 USD dollars below the average of the Capital, which implies a difference of between -20% and -25%. 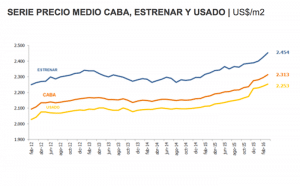 According to Jorge Toselli, President JT Real Estate, in the autonomous city of Buenos Aires, the highest prices are concentrated in the most modern and recent developed  neighbourhoods, such as Puerto Madero and Las Cañitas, among others. “These places are characterised by new modern buildings, good infrastructure, shopping malls and general services, plus easy access to green spaces such as parks. However Barrio Norte and Belgrano maintained its primacy with regard to sales prices and increased demand.  These are traditionally the most desired area and will never go out of style, “said Toselli. 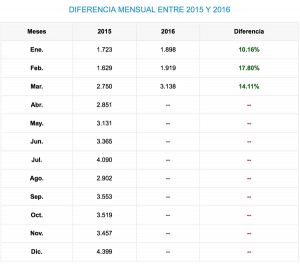 The flipside of these neighbourhoods are often those which are in the west corridor. “Among the areas most neglected values are Floresta, Mataderos, Liniers and Once. Precisely because they are old neighbourhoods,  without systematic planning and without a boost that could make them modify or modernize their appearance”.

He closed by saying that from the public, we need to provide the most neglected neighbourhoods  elements that implement change; eg New Subways, shopping centres and a good initiative that would generate some activity of the neighbourhood so that technology or cultural and commercial events could be encouraged to move there.

Contact Team Gateway to South America to learn about the best investment opportunities in the region. The company is a benchmark for foreign investors wishing to invest in Argentina, Brazil, Chile, Paraguay, Peru and Uruguay, specialized in providing property acquisition and tours investment advice.

The Gateway Team – When You Are Serious About Property