Buenos Aires properties are the most expensive in Latin America 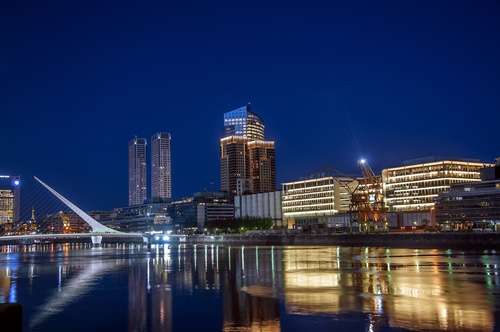 Gateway to South America on 19/04/2019 - 10:16 in All categories of countries are, Argentina Lifestyle, Argentina-General, Buenos Aires Residential, Commercial Argentina

A real estate survey of Latin America (Rial), which was carried out by the University of Di Tella with Navent (Zonaprop), showed that Buenos Aires is the city with the most expensive square meter prices in the region.

According to the report, which takes into account the prices of properties last March, the value of the square meter in Capital Federal grew a 0.6% in dollars in the last year was priced in USD 3,125. In this way, it surpasses Santiago de Chile (USD 3,111) and Rio de Janeiro (USD 3,039).

The previous edition of this report, published in September 2018, marked the same property price per square meter in Buenos Aires as USD 3,105 and was located behind prices in the Chilean capital.

A year ago, meanwhile, the square meter porteño cost USD 3,059, a value lower than that recorded in Rio de Janeiro (USD 3,663) and Santiago (USD 3,303), which shows that while in other Latin American capitals values have fallen, in Buenos Aires the trend is the reverse.

The Economist and director of the Center for Research in Finance of the Di Tella, Juan José Cruces, said that prices are expensive in reference to the capacity of payment of Argentines, and this is due to the fact that the country’s properties are dollarized, while in other countries they are priced in their local currency.

“What we know now is that Buenos Aires has the most expensive prices in Latin America, so it is no longer true that other countries are more expensive as in the past.

In March 2017, when we made the first report, the square meter of Rio de Janeiro was USD 4,000 and now it is cheaper than Buenos Aires because there the prices are expressed in Reales.

Instead, in Argentina they have the custom to express the prices in US dollars so when there is a devaluation, the properties become expensive in the local currency, “he explained.

“When you have a large devaluation and don’t adjust the USD asking prices there’s sticker shock so you have a slow down of sales.

Real Estate salespeople are wrong not to tell people to lower prices if the vendors truely want to sell.

To avoid biases, the study focuses on certain neighborhoods in each city in which young professionals typically inhabit.

In the case of Buenos Aires are Barrio Norte, Belgrano, Caballito and Recoleta.

The survey does not consider the final values of the transaction, but only the asking prices of the vendors, ie according to what arises from the advertisements in the property internet sites.

On average prices rose 1.1% in nominal dollars, 0.6% in real dollars and dropped 3.8 % in local currency ( Pesos ). That is, the amount needed to acquire an m2 rose in dollars, even if the impact of inflation in the United States is subtracted, lowered its value in pesos.

The main difference between how the real estate market functions in Argentina, unlike their neighbors, is that there are few mid to high-value properties with mortgages which means that if the market turnover slows due to a recession or devaluation it does not necessarily mean a drop in USD asking prices straight away.

The result means there is a frozen market until vendors are prepared to meet it which can take a very long time.