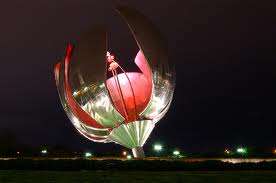 As the largest city in Argentina, Buenos Aires is home to legendary landmarks, sophisticated entertainment, and noteworthy shopping and dining. But in terms of tourism development, the biggest news of late has come from the local hotel scene. Indeed, Argentina as a whole is Latin America’s standout when it comes to hotel development, with some 15 hotel projects and 1,700 rooms in the pipeline. And Buenos Aires is, of course, the white-hot center of Argentina’s hotel boom.

The new hotels apparently aren’t finding it hard to fill their rooms. According to STR Global, Buenos Aires witnessed the largest occupancy increase in Latin America, with an 87.3 percent increase in July 2010 compared to the year before. The average daily rate, meanwhile, jumped by 15.8 percent to $134.48.

Independent, non-chain properties have also established a solid presence in Buenos Aires. Among the newest is the 27-room Fierro Hotel,  which opened in October in the peaceful Palermo Hollywood district. With a style described as “hip meets classic,” the property has amenities including complimentary use of an iPad during each guest’s stay and an onsite restaurant that serves gourmet signature dishes.

Also new is the Dazzler Tower San Telmo, which recently opened in the popular tourist neighborhood called San Telmo. The 70-room property has a heated outdoor swimming pool, as well as a gym and business center.

“We think that Argentina, as other regions and countries, will witness [continued] growth of boutique hotels in the future,” says Luciana Salaun, director of Salaun Consulting, which markets a number of boutique properties in Argentina. These include the four-star Rochester Classic, the three-star Rochester Concept  and the Vitrum,  a 16-room property that opened two years ago in the Palermo Hollywood district and is known for its original artwork and spa. Salaun says, “Compared with other countries, the exchange rate in Argentina favors tourism growth, which generates growth in the hotel industry.”

Clients looking for style-conscious luxury have several new options in Buenos Aires. Algodon Mansion, a boutique hotel that opened in 2010, is set in a mansion that dates to 1912 in the upscale Recoleta district. This high-end property has only 10 rooms, but some measure more than 1,200 square feet. There’s a rooftop pool, and there are plans to open a spa.

In September, Algodon debuted a new restaurant, Chez Nous, headed by executive chef Antonio Soriano, who studied at Le Cordon Bleu in Paris. The property even offers the option of renting out the entire building for a decidedly luxurious group or family experience. (A sister property, Algodon Wine Estates, recently opened in San Rafael, Mendoza, offering an easy and sumptuous getaway in the heart of Argentina’s wine region.)

Also in the upscale vein is Blue Parallel, a Buenos Aires-based tour operator that in October introduced Blue Parallel Villas, a service that offers private apartments and estates with between three and six bedrooms in various Latin American destinations. In Buenos Aires, the company manages a 3,500-square-foot, three-bedroom apartment in Recoleta/Palermo that accommodates up to six people, with rates starting at $14,000 for a minimum five-night stay. Also available is a four-bedroom villa in the Palermo district, with prices starting at $16,500 for a five-night minimum.

Just outside the city, the Portugal-based Pestana Group will open the Pestana Buenos Aires Golf Hotel & Residences in 2013. The large hotel-residential complex is to be built in Bella Vista, about 25 minutes from the city, and will include a 120-room hotel set on the edge of a lake, with a convention center, swimming pools, soccer fields, tennis courts and a spa.

InterContinental Hotels Group isn’t the only company expanding its brand presence in Buenos Aires. The Alvear Palace —a member of the Leading Hotels of the World that usually appears near the top of any list of the city’s best hotels—is planning to open two new properties: the Alvear Hotel & Residences Puerto Madero, in the fast-growing upscale Puerto Madero district (opening date still to be announced), and the Alvear Art Hotel, a 137-room property with contemporary décor that will open this year on Plaza San Martin. The Art Hotel will feature a spa and fitness center, business center and meeting space for 200.

Also in growth mode is Design Suites, a mid-priced boutique chain that has properties in Buenos Aires, Bariloche, Calafate and Salta (Argentina). Current plans call for the company to expand in its hometown of Buenos Aires, with a new, soccer-themed hotel slated to open in 2012. The new property aims to tap into the city’s deep passion for the sport, and will offer packages that include admission to local games, exclusive access to football stadiums and even the opportunity to meet some of the players.

With the addition of more unique and upscale hotels, Buenos Aires is further cementing its reputation as a prime destination for travelers looking to indulge. Each of the city’s boutique properties has its unique style and ambiance, from the literary- and celebrity-themed Legado Mitico  to the Faena Hotel + Universe,  a member of Leading Hotels of the World, which combines the swanky setting of a boutique hotel with the services of a slightly larger property. Experience Managers at Faena, which is in the Puerto Madero district, organize activities and excursions tailored to the interests of each guest, with programs that delve into topics including arts and antiques, polo, tango and wine. The property has an upscale bar and restaurant that are popular with stylish locals, and there’s also a cabaret that stages a live tango performance, considered one of the city’s best.

“Buenos Aires is selling very well as a destination,” says Sandra Borello, president of New York City-based Borello Travel & Tours.  According to Borello, her company’s highest-selling itineraries to Buenos Aires include a five-night stay with private city tour, a half-day cultural tour (focusing either on Jewish culture or art), a tango show with lessons, and visits to an estancia (ranch) outside of the city.

One of the hottest attractions to open recently has actually been around for decades. The historic Teatro Colón, which first opened in 1908, has wrapped up a two-year, $100 million restoration project that has brought renewed shine to its elegant façade and 2,478-seat interior. The facility hosts performances including opera and theater, and is recognized by experts as having among the world’s best acoustics.

Another recently opened attraction is the Casa Ana Frank (Anne Frank House), which opened in 2010. The museum features exhibits related to the house in Amsterdam that was home to one of the world’s most famous victims of the Holocaust, including a reproduction of the revolving bookcase that led to her family’s hiding place.

Borello says that the city’s ever-increasing number of posh hotels has helped fuel interest in travel to Argentina. “Travelers are looking for boutique hotels in the Palermo area, or well-known hotels in Buenos Aires downtown with good service and amenities,” she says. Moreover, she says, travelers are staying longer to enjoy the varied activities and attractions that the city has to offer, before heading off to other destinations.