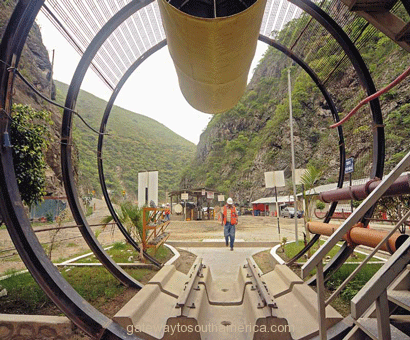 LIMA (Reuters) – Brazilian conglomerate Odebrecht plans to invest $20 billion globally over the next three years, mostly in Latin America and much of it in Peru, the company’s chief executive said on Wednesday.

Family-owned Odebrecht, one of Latin America’s biggest companies, has businesses in construction, petrochemicals, transportation, oil and gas in 20 countries worldwide.
Chief Executive Marcelo Odebrecht said about 85 percent of overall investments would be made in Latin America.

“The organization is investing this year about $7 billion dollars,” he told Reuters.

Odebrecht, which reported total revenues of $43 billion dollars last year, said that outside Brazil its largest investment destination will be fast-growing Peru, which “has many opportunities because there are lots of concessions and public-private partnerships,” organized by the government.

Later this year, the company plans to bid in a Peruvian government tender to build a $1.8 billion, 620-mile natural gas pipeline in the south of the country.

Before the government announced the tender, Odebrecht had planned to build its own pipeline along a similar route but ran into financing delays, according to government sources.

“With this tender, which guarantees transparency, the government has resolved the issue of financing gaps,” Odebrecht said.

In addition to the pipeline, the government in Lima plans to develop a 2,000 megawatt gas-fired power plant on the Pacific coast and a 200 megawatt plant in Cuzco.

Both are crucial to meet growing energy demand in southern Peru, where international resources firms are planning to invest billions of dollars in new mines.

“We are looking at much more than a pipeline, we want a comprehensive project that considers all investments in gas, in petrochemicals, and thermoelectric. We are talking about a project worth more than $15 billion dollars,” Odebrecht said.

Odebrecht, which owns a stake in petrochemicals giant Braskem, said construction of Peru’s first petrochemical complex on the coast could be an asset for the region.

A petrochemical plant in southern Peru could produce 1.2 million tons of polyethylene a year, he said.

“When we started to look at this, we imagined the petrochemical market was in Asia, but if you look five years ahead then Colombia, Ecuador, Peru and Chile would be able to absorb the production,” he said.

Peru currently has only one main gas pipeline, which runs for 430 miles from the Camisea fields in the southern jungle to the coastal capital Lima.

Analysts say a decade of swift economic growth at around 6 percent a year has stretched Peru’s power grid and President Ollanta Humala has sought to ramp up gas output, though remnants of the Shining Path insurgency are active in areas near the Camisea fields.