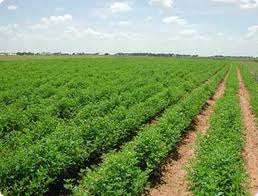 It’s been nearly a year since the Brazilian government imposed restrictions on large land purchases by foreigners, bringing an abrupt halt to wave of international investment in rural real estate.

Farm lobbyists claim that the decision to enforce a long-standing law restricting foreign land ownership to 620 acres to 12,350 acres, depending on the location, caused investments of $15 billion to be suspended. They argued these are funds that Brazil badly needs if it is to keep pace with surging demand for its grains and food over the next decade.

The $15 billion figure may have been artificially inflated for dramatic effect but international investors certainly are key financiers of Brazil’s agricultural growth.

The executive is aware of this and is preparing legislation that will allow foreigners to buy larger tracts once again, subject to government controls, but creating consensus on the proposal is a drawn out process and a lower house committee audience held yesterday showed why.

The lower house’s subcommittee on foreign land ownership heard from representatives from the three main bodies elaborating the draft bill – the Agriculture Ministry, the Agrarian Development Ministry and Brazilian Institute for Colonization and Agrarian Reform (INCRA).

According to Mauro Sergio dos Santos, Incras’ head agrarian coordinator, the first question to be addressed is the lack of precise data on foreign land ownership. Without that data, the government can’t impose effective controls on farm ownership by non-Brazilians.

Foreigners owned 10.6 million acres of Brazilian land, or roughly equivalent to Switzerland, in 2010, according to INCRA’s last survey. But the real number is probably much higher, admitted Santos.

That’s because following a 1998 attorney general ruling, foreigners were not obliged to register land purchases separately from locals.

Foreign land ownership is controlled by a law dating back to 1971. It restricts ownership to 50 modules — each module is 12 acres to 247 acres depending on the region. Congress must approve purchases of over 100 modules. These restrictions were not imposed between 1998 and 2010. However, they were reinstituted last year amid concerns about Chinese and sovereign wealth fund interest in making massive land purchases.

Tuesday’s hearing also highlighted differences between the Agriculture Ministry and the Agrarian Development Ministry over the structure of the law.

Roberto Lorena, technology coordinator at the Agriculture Ministry, declared that the 1971 law, as interpreted by the attorney general in 2010, created legal uncertainty that scares off investors and advocated a complete overhaul, reflecting the view held by foreign investors and big farming here.

In contrast, Andre Amaral, legal consultant for the Agrarian Development Ministry, said that the ministry’s view is that the current legislation is basically sound.

The issues of structure patently need to be resolved before the government draft bill is sent to Congress.

According to government sources, the executive’s draft bill would allow foreigners to buy up to 5,000 hectares of land without restriction and to acquire up to 500,000 ha with approval from a government-run National Land Council (CONATER). For purchases of over 500,000 hectares, Congressional approval would be needed.

The lower house agriculture committee has committed to producing a report on the issue in the second half of 2011. There is no timetable set for the passage of any legislation