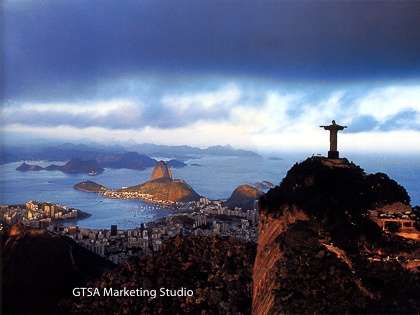 Gateway to South America on 13/10/2018 - 23:59 in All categories of countries are, Brasil Residential, Brasil-general en, Brazil Farms en

In that period, the accumulated inflation rate fell -0.09 percent, as calculated by the IPCA/IBGE (National Consumer Price Index/Brazilian Institute of Geography and Statistics).

August’s declines surpassed July’s declines which were -0.35 and -0.33 respectively, with an accumulated inflation of 0.33 .

For the year so far, through August, Brazil commercial real estate prices were down -0.94 percent in sales and -2.00 percent in rentals. The accumulated inflation for the period was 2.85 percent.

The largest decrease in commercial sales prices was seen in Porto Alegre where prices fell -0.65 percent. And, despite having the most expensive commercial rental prices, São Paulo suffered the biggest declines in August, with prices dropping -0.63 percent.

Among the four cities surveyed, only Belo Horizonte reported an increase in either sales or rental sectors. Belo Horizonte commercial rental prices showed a nominal increase of 0.07 in August.

In terms of prices, in the sales sector, Rio de Janeiro had the most expensive commercial real estate prices with an average per square meter price of R$10,333, followed by São Paulo at R$9,938.

On the rental side, São Paulo led the way with an average per square meter price of R$42.69, while Rio de Janeiro was second at R$40.14.

When compared to the CDI, a daily average rate of overnight interbank loans, those who have invested in Brazil commercial real estate have taken losses over the last year.

The FipeZap Index is prepared by the Economic Research Institute Foundation (Fipe) using data from the Brazilian Institute of Geography and Statistics (IBGE), in partnership with the Brazilian real estate website, Zap Properties.