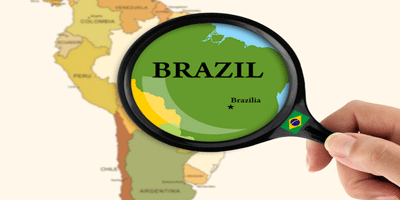 Farm equipment manufacturers in Brazil are expecting strong sales this year, boosted by a second straight bumper soy crop and rising grain prices, which will more than offset weakness in the sugar cane sector, giving Brazilian grain farmers a new found optimism. Some machinery producers are forecasting sales growth as high as 8% in 2018 as farmers’ confidence rises and record-low interest rates encourage them to borrow and invest.

“In the end, it all comes down to the price of soybeans. If that is good, the farmer will decide to buy,” said Rodrigo Bonato, Latin America sales director for machinery maker Deere & Co, during the Agrishow in Ribeirao Preto, Brazil’s biggest agribusiness expo.

He said after Brazil’s past two soy crops set all-time records, farmers were likely to boost investment and improve efficiency. Deere invested half a billion dollars over the past decade in Brazil, where it sees sales growing 5% in 2018.

Although Brazil’s farm sector was a rare bright spot in the deep recession of the past few years, the downturn still appears to have weighed on sentiment among producers, making the economy’s gradual recovery a spark for some investments.

“Even though the agricultural sector didn’t suffer much during the recession, farmers held back investments,” said Fernando Gonçalves, chief executive at Jacto, a Brazilian producer of crop sprayers and other equipment. “But look at their confidence now. It is back,” he said, forecasting sales growth at Jacto of between 5% and 8% in 2018.

That is as much as twice the 3.7% growth forecast for farm machinery sales issued by vehicle maker group Anfavea.

Borrowing is also getting easier as low inflation has allowed the central bank to cut its benchmark interest rate to an all-time low, with another cut expected later this month.

Banco Santander Brasil SA was offering 1 billion reais of pre approved lines at Agrishow to finance equipment sales as it pushes into a sector traditionally dominated by state-controlled Banco do Brasil SA.

Santander Brasil has opened 16 dedicated farm lending locations in grain-producing states such as Mato Grosso and Goiás since last year and hired 60 agronomists for its commercial operation.

The major exception to the good cheer at Agrishow was in the cane sector, where sales have stalled as sugar prices hover near the lowest levels since late 2015 and mills put off investments.