Gateway to South America on 29/06/2013 - 15:29 in All categories of countries are, Brasil Residential, Brasil-general en 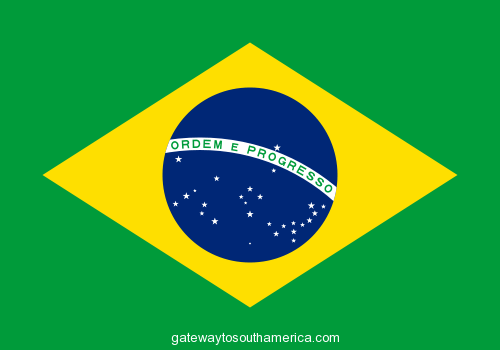 Economically the nation is on the rise; Brazil recently leap-frogged the UK to become the world’s sixth largest economy and, according to the Knight Frank Global House Price Index, had the world’s best-performing property market in the second quarter of 2012. Brazil is also the world’s largest exporter of iron ore and a growing producer of nickel and copper, which are key industrial metals in the world market.

Currently planning to invest as much as R$800 Billion to improve its infrastructure and, with the success of the London Olympics in their minds, investors are advised to look towards Brazil when considering overseas’ investment options, particularly as current infrastructure projects have led to a monumental rise in property prices. In 2012 prices boomed as much as 18.4% and, with the Olympics on the horizon, this rise is set to continue.

The Olympic legacy of Rio 2016 will be celebrated just as much as the London 2012 legacy, which has been championed throughout Britain and not only for sporting reasons. Financially the Olympics in Britain will be beneficial in the long term; the legacy phase of 2012-17 is expected to bring an additional 1.1million visitors worth £900m following the London Olympics. This effect will be much the same in Brazil and the investment is anticipated to go far beyond the four years of sporting reverie.

However, the Olympics are not the only sporting event coming to Brazil. In 2014, the world cup will arrive at 12 stadiums across the country, presenting an opportunity for thousands of visitors to pay tribute to its sporting prowess. More than 300,000 tourists attended the 2010 World Cup in South Africa, tourists who stayed for a week or more, pumping millions into the economy by spending on meals, entertainment and accommodation. Not only this, the event will act as a showcase of all that Brazil has to offer the billions of fans watching from the comfort of their living rooms. This showcase is certain to lure many of them over in future years.

Rio is already the most visited city in the Southern hemisphere attracting over 2.8 million tourists annually. The World Cup and the Olympics are projected to be costing Brazil over R$30 Billion and this spending on infrastructure is certain to draw in more tourists. The two sporting events will present Brazil with the opportunity to show these progressions on a global stage, attracting people, and investment, from around the globe.

“We have sourced projects in Brazil that are perfectly situated in areas with high investment value and we are confident that these projects will deliver strong returns for our clients”.