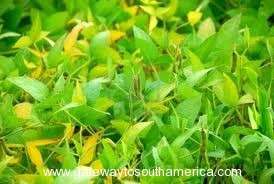 Brazil is on course to dislodge the United States as the world’s top producer of biotech crops in the coming years, a leading promoter of farm biotechnology said Tuesday.

The US currently holds the lead with 69 million hectares (170 million acres) under biocrop cultivation in 2011, ahead of Brazil with 30.3 million, Argentina with 23.7 million and India with 10.6 million, the International Service for the Acquisition of Agri-biotech Applications (ISAAA) said.

But USAAA, a government-funded international body promoting the use of farm biotechnology, particularly in developing countries, said Brazil was last year the engine of global biocrop growth, with 4.9 more million hectares, up 20 percent from 2010.

Speaking in a teleconference from the Philippines, ISAAA President Clive James said that while the United States was currently well ahead, “Brazil is closing the gap very quickly” and bringing in new biocrops like sugar cane.

Brazil has eight million hectares of sugar, the largest hectareage in the world, and is expected to increase it by 50 percent in the next five years for both ethanol and sugar production, he noted.

“I believe that in the long term, Brazil, will become the number one country in the world in terms of total soybean acreage,” James said.

“It will take some time, but I think the political will (in Brazil) is there and the target is to increase productivity through biotechnology for the domestic market and also for large export markets, particularly China.”

Biotech crops are genetically modified to improve resistance to pests, diseases, drought and cold. They can also be used to enhance the nutritional content of foods.

Proponents of biotech farming say it can help address the challenges of feeding a growing world population by increasing crop yields in a sustainable way.

With the global population expected to reach nine billion by 2050, the UN’s Food and Agricultural Organization estimates world food output will have to double on existing farmland if it is to keep pace with population growth.

But there are concerns about its potential environmental and health hazards, and critics see transgenic plants as a threat to the world’s biodiversity.

The latest ISAAA statistics suggest that biotech crops are becoming increasingly accepted in emerging and developing countries as well.

Of 29 countries planting transgenic crops last year, 19 were emerging or developing nations and 10 were in the industrialized world, the group said.

A record 16.7 million farmers, up eight percent from 2010, grew biotech crops, including 15 million who were resource-poor farmers in developing countries.

The five top biotech crop producers in the emerging world were India and China in Asia, Brazil and Argentina in Latin America and South Africa on the African continent. Together they represent 40 percent of the global population.

James dismissed concerns over biotech farming saying the impact of GMOs on the world’s biodioversity has been “positive.”

“If you can increase productivity on the 1.5 billion hectares of (arable) land we have today, then this can be viewed as a land-saving technology,” he noted. “It will allow you to decrease the possibility of selling the forest in the Amazon, it will allow you to protect the sanctuaries of biodiversity in countries like Mexico.”