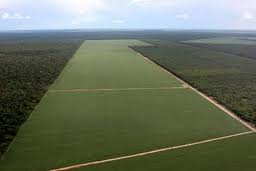 According to a Brazilian newspaper Brazil’s government is working on a new rule to further limit the purchase of farm land by foreigners, arguing that the current legislation has been “insufficient”.

The new rule, which could come as a decree, aims to close loopholes that buyers have been using, such as purchasing land through Brazilian companies, Folha de S. Paulo newspaper said.

It could also impose restrictions on investment funds joined by foreigners and force international banks to sell land received as collateral of a defaulted loan within a year.

Brazil is one of the world’s largest producers of food and bio-fuels, and the expansion of its production is seen as crucial toward addressing growing demand for these products, especially from emerging economies such as China.

Brazil’s attorney general last year reinterpreted a land law that now limits purchases of rural land by foreigners, or by Brazilian firms that are controlled by foreigners, to areas no larger than 250-5,000 hectares depending on the region.

The current rule has been fuelling uncertainty among agricultural investors and proving a handicap for expansion, according to analysts. The new legislation should set clearer mechanisms for foreigners to partner with Brazilian companies, especially for agricultural projects, Folha said.

The land legislation is aimed mainly at stopping the advance of China, which has been buying land in other countries through its sovereign fund, the newspaper said.

Official records show 4.3 million hectares (10.6 million acres) of Brazilian land owned by foreigners, but it could be as much as three times bigger than that, the newspaper added.