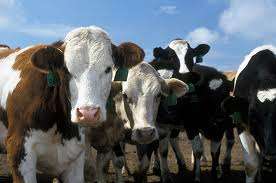 The world’s largest beef producer, Brazil’s JBS announced its board agreed to boost its capital by as much as 3.48 billion Real (2.15 billion US dollars) through a private placement with Brazil’s state economic and social development bank.

BNDES, as the bank is known, will convert into stock the bonds that it bought from Sao Paulo-based JBS in December 2009 to help it finance takeovers of Pilgrim’s Pride Corp. and Bertin SA.

At the time, JBS said the bonds would be convertible into shares of its US unit after an initial public offering. JBS in January cancelled the IPO after postponing the sale twice.

The company’s debt-constrained cash flow has kept its rating at B1. To help balance its books, JBS plans were to transfer some of the debt it holds in its Brazilian subsidiary to the U.S. division, creating a tax benefit for the company.

“This operation is an important step for the company because it eliminates the uncertainties about the mandatory public share offering of JBS USA Holdings Inc.,” the company said in a regulatory filing.

JBS’ focus now is to make good on its acquisition binges by reducing its debt from three to two times Ebitda by the end of 2012 and increasing its 3.6% net margins (the industry ranges from 3% to 6.1%). Now that the recovery is in full swing–sales, excluding acquisitions, were up 14% in 2010– JBS will focus this year on integration.

The company’s operating loss shrank to 20 million Real in the first three months of 2011 from 100 million Real a year earlier, as a stronger local currency helped to soften the impact of a 70% rise in operating expenses. The 45.2 million Real that Marfrig received from the Brazilian government in tax refunds was enough to nudge its bottom line into the black.

Marfrig’s net sales rose 64% to 5.25 billion Real in the quarter amid higher commodities prices and ramped-up production of beef and chicken. But elevated commodities prices function as a double-edged sword for Marfrig, which purchases animals as well as feed from suppliers. The company’s cost of sales surged 71% to 4.52 billion Real.