Brazil Sets New Record in the Adoption of Transgenic Crops 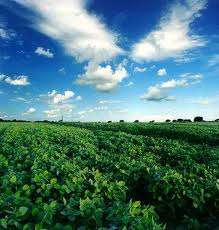 The area in Brazil planted with transgenic crops is now growing at a faster pace than the growth of the entire planted area for crops of soybeans, corn and cotton – the three crops with genetically modified varieties that have been approved, as indicated by the 1st review of the adoption of biotechnology in the 2011/12 harvest, conducted by the consulting firm Celeres.

The area planted with transgenic soybeans for the next harvest will be 13.4% greater than it was in the 2010/11 harvest, occupying 20.8 million hectares (82.7% of the total area projected). With the approval of a new event in 2010, there are now four technologies that have been released in Brazil, including herbicide tolerance (TH), insect resistance (RI) and combinations.

“This growth is the result of constant improvement of the biotechnological varieties, which are increasingly well adapted to the different productive regions of the country,” observes Anderson Galvao, managing partner at Celeres and coordinator of the study. He emphasizes that for the first time in the history of Brazilian agriculture, with 8.8 million hectares, the Central Western region – traditional producer of conventional soybeans – has exceeded the Southern region in absolute terms for area allocated to transgenic soybeans.

GM cotton, for its part, which had three new events approved in the past year, will occupy 606 thousand hectares, equivalent to 39% of fields under cultivation (an increase of 62.7% over the previous cycle). Cotton seeds with RI, TH and combined technologies are currently available to growers. “The growth in the adoption of biotechnology for cotton crops shows that certain gaps that existed in the supply of technologies are beginning to be filled, supplying the real needs of cotton growers. When the producer sees competitive advantages in the technology, he adopts it immediately,” Galvao says.

To Galvao, corn cultivation has been the most successful by far in adopting biotechnology in Brazil: in four years, it already occupies more than half of the land where corn is grown. He also notes that a substantial portion is planted with materials thought of as low-tech, especially in the Northern and Northeast regions. “Considering only the hectares planted with high-tech materials, transgenic hybrids account for more than 70% of the area planted,” he underscores.

“This rapid pace in adopting biotechnology for the growing of corn is a reflection of the direct and indirect benefits that transgenic hybrids reap for growers, who can now compete as equals in the international market,” he stresses. A second review of the adoption of biotechnology for this harvest is scheduled for December, after work on the summer harvest crop is finished.