Gateway to South America on 10/04/2012 - 11:07 in All categories of countries are, Brasil Residential, Brasil-general en

Brazil’s five interest rate cuts and the use of 2.5 billion reais ($1.4 billion) of workers’ compensation funds to buy mortgage bonds are breathing life into the home loan market as the government seeks to address a shortage of 6.3 million homes. 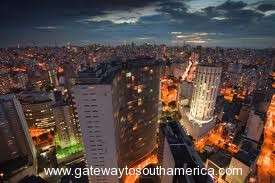 The central bank’s plan to lower the benchmark lending rate this year to 9 percent would help drive investor demand for higher-yielding mortgage securities and increase the role of the private market, according to Brazilian Finance & Real Estate SA, the country’s biggest issuer of real-estate backed securities. The government needs the home-loan bond market, which currently provides just 2 percent of mortgage funding, to expand as it seeks to build 2 million homes for low-income families by 2014.

“The market adapts to necessity,” said Max Lima, founder of Sao Paulo-based real estate private equity firm Prosperitas, which oversees $2 billion in equity investments. “If subsidized funding disappears, the market will have to fund itself in some other way. The natural way to go would be securitization.”

Once the base of subsidized savings deposits runs out, foreign investors’ participation, now almost non-existent, will be needed to grow a private mortgage market capable of meeting the needs of the country’s expanding middle class, said Brandon Kidd, Chief Investment Officer at Centaurus Realty Group, a Sao Paulo-based investment company.

“Demand is always going to be there,” Kidd said in a telephone interview. “Foreign institutions have to come into Brazil.”

Mortgage lending equals 4.7 percent of gross domestic product in Brazil, compared with 67 percent in the U.S. The government wants to raise that ratio to 10 percent by 2014.

Brazil’s association of mortgage and savings companies, Abecip, forecasts the savings deposit base could run out by as early as the end of 2013. Moody’s Investors Service predicts it could be exhausted by the end of 2014.

Long-term funding in Brazil has remained scarce because high interest rates and a history of inflation have fostered an investment preference for short-term government bonds. Brazil’s target for the benchmark overnight lending rate, known as the DI, is 9.75 percent, the second-highest real rate among the Group of 20 nations.

Those dynamics are beginning to change as falling interest rates spur investors to take on credit risk to boost returns, according to Fabio Nogueira, founder and director of Brazilian Finance and Real Estate, the biggest issuer of mortgage-backed securities by number of issues in 2011.

“We’re going to leave behind the dictatorship of the CDI,” Nogueira said in a telephone interview from Sao Paulo. Securitization “will have a much more important role than it has today.”

Abecip forecasts lending this year will grow by about 30 percent, though slower than the last two years in Brazil, when home loans grew by 118 percent.

Much of that growth is being fueled by the government’s low-income housing program known as “My Home, My Life.” Brazil will spend 126 billion reais through 2014 on subsidies and targeted credit by state-run bank Caixa Economica Federal, Latin America’s biggest mortgage lender, President Dilma Rousseff said in June.

The Fundo de Garantia do Tempo de Serviço, as the workers’ compensation fund is known, also plans to invest 2.5 billion reais per year in mortgage securities through 2015, the fund said March 22.

While the government is ramping up public resources to fund its housing push, it’s also discussing how to encourage the growth of other debt instruments before the savings deposit base is exhausted, said Octavio de Lazari Junior, President of Abecip and executive director at Banco Bradesco SA (BBD) (BBD), Brazil’s second- biggest lender by market value.

In addition to real estate investment funds targeted at retail investors and asset-backed receivables funds that have also grown in the past eight years, legislation to create covered bonds in Brazil has been discussed with the central bank and the government, according to Lazari. He said it should be ready by the fourth quarter of this year.

Foreign investors, thwarted by limited debt markets and unfavorable tax policy, have largely overlooked mortgage-backed securities in Brazil even as they’ve invested as much as $3 billion in real estate, according to Thomas Shapiro, President of New York-based real estate investment company GTIS Partners.

“Foreign investments in Brazil are predominantly direct investments in real estate versus debt because the mortgage market is still pretty nascent,” said Anthony Myers, senior managing director in the real estate group at Blackstone Group LP (BX) (BX) in New York. “The returns on debt people are looking for, especially foreign investors, in Brazil are difficult to achieve because the ultimate cost to the borrowers would be prohibitive.”

Billionaire investor Sam Zell’s Equity International, which already has more than half of its portfolio concentrated in Brazil, is expanding its investments outside the major cities to the northeast and south of the country. GTIS Partners has $1 billion of committed investments in Brazil, with another $600 million it’s looking to invest.

Foreign direct investments in Brazil climbed to $67 billion last year from $49 billion in 2010 and less than $20 billion five years ago, according to central bank data.

While some sectors of Brazil’s economy have been hit by Europe’s sovereign debt crisis and a three-year currency rally that’s undermined exports, consumer demand has been buoyed by record-low unemployment and an expansion in credit. Outstanding consumer loans grew 15.3 percent last year to 633 billion reais.

“There are 36 million people that have moved into Brazil’s middle class. And they all want an apartment and a car,” said Shapiro of GTIS. “Mortgages are growing exponentially in Brazil.”