Brazil grows as an agricultural powerhouse 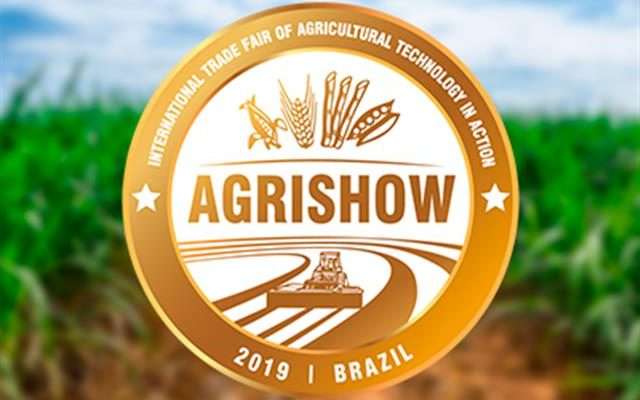 A good relationship by farmers with the new government of Jair Bolsonaro which focuses on business plus a strong commitment to the incorporation of technology to improve agricultural results should make for a happy relationship.

These factors point to what is happening today in Brazilian agriculture and could be felt in all its influence during Agrishow, a sample of its agricultural machinery options are this last week in Ribeirao Preto, which is located just 300 kilometres from San Pablo.

A distance where sugarcane cultivation, which covers an area of ​​around 10 million hectares throughout Brazil, dominates the landscape on the way to the Agrishow.

In Agrishow, among whose organizers were the Brazilian Association of the Machinery and Equipment Industry (Abimaq) it was a show that transacted businesses over 2,900 million reais (USD 725 million), or 6.4% more than in the previous event, the farmers are now on a kind of honeymoon with the new President Bolsonaro.

The harvest is good this year once again (the harvest is expected to end up at about 228.4 million tonnes, up from the 221 million from the previous season) and we are up 20% with more equipment orders because the producer trusts this government, said Oscar Benedito, a technician from the Jacto agricultural machinery firm, a benchmark in this country.

Last year the total market, including internal operations and also exports, was around USD 4 billion. Regarding the new Brazilian president, the farmers highly value him for his initiative for pension reforms that would seek to make more balanced a system which today has strong imbalances and his proclaimed fight against corruption and his criticisms of land occupations, in addition to his desire to seek more trade agreements.

Regarding the Mercosur Trade Group, the Brazilian farmers say that they do not want to leave, but they demand some adjustments. Some argue, defiant, that beyond the climate issue, Brazil today could produce more wheat in Paraná and other regions (that region has a wheat harvest of around 5.5 million tons but must import more than 6 million).

“The assessment of Bolsonaro for the future is excellent, he also speaks the same language of farmers and is against land invasions,” said Humberto Tavares, agricultural producer.

Gastón Trajtenberg, former president of John Deere in Argentina and current director of sales for Latin America in Brazil, said that “the confidence of the farmer has grown with the change of government”.

He adds that the availability of credit continues, the expansion of areas, such as in the northeast and the north, and is committed to more yields.

It is not surprising to see soybeans here that touch 50 quintals per hectare. The fact that perhaps more graphical than what Trajtenberg mentions is an index. It is the so-called Agribusiness Trust Index (Icagro), of the Federation of Industries of the State of São Paulo (Fiesp), which is at the highest level in the last six years. The executive highlights the operation of a “financing framework” that drives the business climate.

The Brazilian producer is paying interest rates that go from 7.5% to 8%. They consider that it is a high cost against a 4% to 5% of earlier years, but it still maintains the farmer’s good mood.

Many rushed to buy at the show to take advantage of these rates before there is a rise. When they visited the exhibition, Bolsonaro and his Minister of Agriculture, Tereza Cristina, announced credits for some USD 400 million between insurance for climatic contingencies and the purchase of agricultural equipment.

“Here the livestock sector is also reacting positively, as there are good prices for meat and the retention of cows is being stimulated, and the crisis in China due to swine fever is also an opportunity,” said Tavares.

Brazil has a focus on the agro-business that is shown by other points. In infrastructure, for example, producers and entrepreneurs are waiting for concessions for navigable rivers and new railways that the Bolsonaro government has in its portfolio of changes.

“80% (of the production) is currently transported by truck, so we need more navigable rivers and new railways,” said João Carlos Marchesan, president of Abimaq.

From many regions, a tonne of soybean must travel more than 2,000 kilometres to reach a port. In Brazil, according to Pedro Estevão, president of the Sectoral Chamber of Agricultural Machinery and Equipment, the tax burden “reaches 34%” for the activity and on this point, there are also high expectations for change.

In the Agrishow, among the novelties stood out the presentation of the Fendt brand, belonging to the Agco group. Fendt is a luxury brand with equipment that is at the top of technology.

Fendt has arrived in Brazil and did so by showing, among other products, the 1050 Vario tractor with 517 hp. That tractor will come to Brazil from Germany. He also presented the 40-line Momentum planter that also applies fertilizers. This machine will be made in Brazil with the Ideal combine for classes 7, 8 and 9.

Massey Ferguson, another Agco brand, also showed the folding Momentum (it is 3.60 meters for transport) manufactured in Brazil, with 24, 30 and 40 lines and only for sowing. These planters come with Precision Planting technology. The seeder can reach working speeds above 10 km / h, offers less compaction with independent lines and is a machine that requires less maintenance.

At the Kuhn stand, they presented the Fighter 2500 sprayer with a stainless steel tank, safer as they stand out in the stand for cleaning and avoiding product contamination.

Meanwhile, the company Jan showed a sprayer with an electrostatic system that in the application creates waves for the product to reach both the top and bottom of the plants.

Why invest in Agro Business in Brazil?

According to FNP Economic studies, Brazil possesses approximately 251 million hectares of arable land, of which 66 million (26%) is allocated to crops, and 185 million hectares (74%) are used for pastures. Added to these, the country counts on regular rainfall, abundant solar energy and nearly 12% of all fresh water available on Earth, having excellent conditions for the development of agribusiness, which is currently one of the main drivers of the Brazilian economy.

In all and all, there is now a strong level of confidence for the future of Brazilian agriculture and one that is the envy of its neighbours.