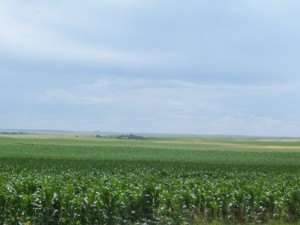 “It’s important that they come and make these investments,” Agriculture Minister Wagner Rossi said, citing the paper and cellulose industry as one among many which would benefit from new investment and know-how.

Brazil is the world’s top producer of coffee, sugar, beef and orange juice, and the world’s No. 2 exporter of soybeans.

Although agricultural exports have boosted Brazil’s strong economic growth, Rossi said a lack of foreign capital has deprived the country of foreign expertise to raise efficiency and competitiveness.

The changes do not affect prior sales and foreigners can still buy land between 250 hectares and 5,000 hectares, depending on the region. Still, the new rules have already had an impact.

At least 15 billion US dollars of foreign investment in Brazilian land has been halted since reinterpretation of real estate laws, according to two local agricultural analyst groups.

Rossi pointed to Australian legislation, which allows land leasing for 99 years, as an example of the system Brazil wants to introduce. The terms may be closer to 50 years but details still need to be worked out, he said.

The government is also looking at setting up an inter-ministerial commission to study outright foreign land purchases on a case-by-case basis, to determine whether they would be beneficial to Brazil.

“If it is approved, there won’t be a problem. You just go ahead and buy your land,” he said, adding that the attorney general’s office is studying legal options along with other ministries and will recommend a joint government position