Gateway to South America on 04/04/2012 - 11:48 in All categories of countries are, Brasil Residential, Brasil-general en, Brazil Farms en 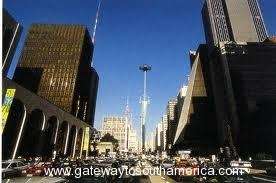 The government will provide 45 billion reais for subsidized loans through a state development bank to manufacturers struggling against a stronger Brazilian currency, Mantega added.
The moves are the second stimulus package for ailing Brazilian industries since the country’s once booming economy began to slow in mid-2011 — hit by the credit crisis in Europe and slower growth in China.

After growth of 7.5 percent in 2010, Brazil’s expansion nearly screeched to a halt late last year, posting a full-year gain of just 2.7 percent — far less than originally predicted. The new measures, the government hopes, will help it reach its growth projection of as high as 4.5 percent in 2012.

Speaking to business leaders in Brasilia, the country’s capital, Mantega said the measures are necessary to help industries that never fully recovered from the onset of the global crisis in 2008. Sectors include textiles, footwear, plastics and automotive.

Mantega said the government would also continue to enforce measures to stem the rise of Brazil’s currency, which has appreciated in recent years and undermined the competitiveness of Brazilian manufacturers and exporters.

While recent moves to raise taxes on certain financial transactions and speculative capital have curtailed the rise in recent months, the real is still about 30 percent stronger than at the depths of the 2008 global financial crisis, resulting in imports being cheaper than many Brazilian goods.

Contact the Gateway to South America team to learn about the best investment opportunities in the region. The company is a benchmark for foreign investors wishing to invest in Argentina, Brazil, Uruguay and Chile, providing expert advice on property acquisition and investment tours.
The Gateway Team – When You are Serious About Property