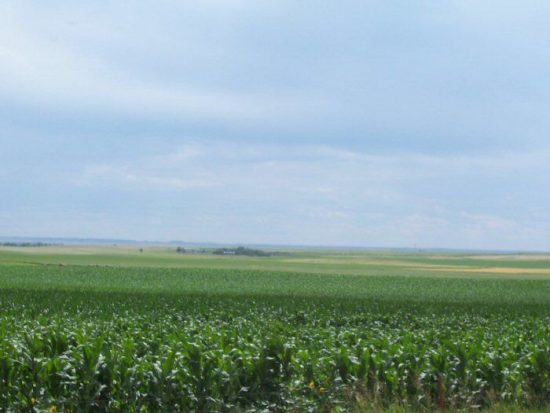 Gateway to South America on 23/02/2017 - 03:59 in All categories of countries are, Brasil Residential, Brasil-general en, Brazil Farms en

Foreign lenders and investors are eagerly awaiting a change of law in Brazil, after finance minister Henrique Meirelles suggested they would be allowed to use land as collateral in trade finance and other loans from March onwards.<

In a televised interview with local news outlet Globo, Meirelles explained that the government was ready to re-establish the right to fiduciary lien – allowing the transfer of land ownership to lenders in case of default – for foreigners by March 15.

“Finance facilities offered to Brazilian companies in all sectors including mining and commodities have not been secured by the fiduciary lien, but only with mortgage, which is affected by the borrower’s insolvency. [The only way for] foreign lenders to have fiduciary lien if they use a Brazilian company controlled by Brazilians as collateral agent,” explains Lúcio Feijó-Lopes of Feijó-Lopes Advogados in São Paulo.

In contrast, fiduciary lien is protected against judiciary recovery and bankruptcy under Brazilian law, making it a much safer collateral to hold. The legislative change would result in trade finance loans being a lot less risky for foreign lenders, making previously unviable deals achievable and reducing spreads.

“To enforce collateral in Brazil is not an easy task. Fiduciary lien, if it becomes fully available to investors and lenders, will facilitate the execution of the collateral and isolate the foreign lender against the borrower’s insolvency. It reduces both the Brazil risk and the borrower’s risk for the benefit of the lender,” Feijó-Lopes tells GTR.

“Since the minister gave this interview, we have received calls from 10 [foreign lenders] from the US, Europe, China and the Middle East, trying to understand what the effect will be on the structure of trade finance facilities to Brazilian companies. We have testimonies from our clients saying that if this materialises, the ability to finance Brazilian exports will increase substantially,” he adds.

Since the introduction of the law, the government has changed its tune more than once: in 1988, the Brazilian Constitution was promulgated, stating that Brazilian companies owned by Brazilians and by foreigners must be treated equally under the law.

In the face of confusion about whether the constitution overruled the 1971 decree, the federal government’s general attorney office issued guidance in 1998 upholding the constitution’s equal treatment principle, effectively lifting the foreign ownership restrictions.

But in 2009, the ruling Workers Party (PT) government backtracked, attempting to stem a wave of foreign acquisition of land by issuing new guidance, which stated that the restrictions on acquisition of rural land in Brazil applied not only to foreign individuals or legal entities, but also to Brazilian companies controlled directly or indirectly by foreign individuals or entities.

While the latest development is being greeted as good news, it is worth keeping in mind that Brazil is due to hold presidential elections in 2018, which could see the liberal government of current President Michel Temer defeated. But Feijó-Lopes explains that deals signed between the upcoming change of law and any future backtrack would remain valid.

Contact the Gateway to South America team to learn about the best investment opportunities in the region. The company is a benchmark for foreign investors wishing to invest in Argentina,http://www.gtsa-brazil.com Brazil, Chile, Paraguay, Peru and Uruguay, providing expert advice on property acquisition and disposal.