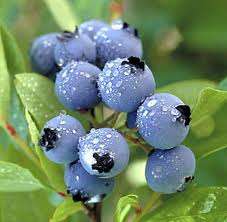 The blueberry harvest in the north of Chile has ended, the central regions are nearing an end and shipping is in full swing, meanwhile in the south of the country ( around Osorno ) the harvest is just beginning.

Andrés Armstong of the Chilean Blueberry Commitee said that volumes had been considerably higher compared to last season, and very close to their predictions.

“We need to remember that last season was very late so when we compare volumes with this season the difference is huge. Up to week 52 accumulated shipments are 27,500 tons, 98 percent over the accumulated volume at the same date of last year.”

He said that heat hours accumulated and weather forecasts confirm that production forecasts for the season were accurate. “We had made some minor adjustments on original forecasts because of freezes in specific areas, and less heat hours in others, but we expect to reach over 64,000 tons, approximately 30 percent over last season.”

Production in Chile is set to increase in the next few years, volumes are forecast to all most double within the next five years, from almost 64,000 tons in season 2010-2011 to as much as 110,000 in 2014-2015. Although over 80 percent of Chile’s blueberries go to the US market, exports to Europe are increasing. Blueberries from the South, a collaboration between blueberry growers in Chile, Argentina and Uruguay, last year started a major campaign to promote blueberries in Europe.

Andres said that Argentina and Uruguay also had a very good crop this season, with Argentina’s volumes up 40 percent and Uruguay almost doubling production compared to the previous year. “The Argentinean and Uruguayan crop complement perfectly with Chilean production, when they begin to decrease their volumes by the end of November, Chile is starting to harvest bigger production areas, making a smooth overlap.”

Quality this season has been consistently good and different markets have reported the condition of the blueberries to be an improvement over previous seasons. “A comprehensive programme has been placed by the Committee with growers and exporters to improve quality and condition, which we believe is proving to be effective.”