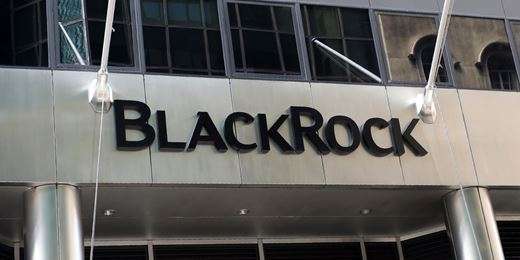 BlackRock is setting its sights on Brazil with the aim of developing and expanding its business to offer a full range of asset management services to local investors.

In an interview with Citywire Americas, BlackRock’s head of Latin America and Iberia, Armando Senra, said that after becoming a key player in Mexico through the acquisition of Citibanamex’s asset management unit, its next major target was Brazil.

‘It’s not just the distribution side, now with the Citibanamex acquisition we will be a full solutions provider [in Mexico],’ said Senra. ‘We can deliver to clients in Mexico holistic solutions the way we can in the US.’

Following the deal, BlackRock doubled its assets under management in Mexico to $62 billion and gained over a 150 new employees.

Senra said they are looking to bring the same all-encompassing asset management services to Brazil but grow via organic growth instead of by acquisition.

‘If we look at BlackRock and the size we have in Brazil we need to have a much more significant business,’ said Senra. ‘It doesn’t have to be a Citibanamex solution.’

BlackRock opened its São Paulo office in 2009 and currently has 15 people on the ground covering $5 billion in local assets, including local ETFs and some investment funds. Senra said the country’s political unrest is not a major concern as they believe Brazil is at an inflection point and has already experienced a strong recovery over the past year.

Whereas in other Latin American markets the institutional side has provided the majority of BlackRock’s growth, Senra said Brazil shows potential in both its pension fund and wealth industries. However, the local demand needs to pick up for them to achieve their goal.

‘While the ETF market is experiencing growth around the world it has not yet picked up in Brazil,’ said Senra (pictured), adding: ‘The big handicap in Brazil has been bringing in international products.’

Senra believes there is growing demand for portfolio construction and portfolio advisory solutions. This demand is growing in tandem with local investor’s diversification needs as Brazilian rates continue to drop.

‘We are doing things in Brazil today that we didn’t think we could do two or three years ago,’ said Senra.

Another market BlackRock is targeting is Argentina.

‘We are incredibly positive on Argentina, it’s amazing that we now have a government that is pro-business and pro-market,’ said Senra.

The US firm is hoping to open a local office in Buenos Aires this year and is also looking at introducing an infrastructure solution for local investors, added Senra. The latter is part of BlackRock’s goal of building out their global infrastructure capabilities that will allow them to bring international investors to invest in Latin American projects.

While he was positive on the country’s potential, Senra knows that the market still has a way to go before it becomes a major player like Mexico or Brazil.

‘We need to see a more dynamic capital market [in Argentina],’ he said.

Regarding the growth of BlackRock’s Chile, Colombia and Peru businesses, Senra said the firm is continuing to expand its offering to local clients in each country, whether through an infrastructure platform in Colombia or bringing more international mutual funds and ETFs to all three markets.

‘What we are doing [in these countries] that is working well is our advisory capabilities. Bringing our model portfolio construction capabilities is a priority for us.’

Buoyed by the progress of the Pacific Alliance trade bloc, formed by Chile, Colombia, Mexico and Peru, Senra added that the alliance shows ‘terrific potential’.

‘Imagine being able to create a product and launching it on all four markets,’ he said, equating to a Latin American version of the Luxembourg-domiciled fund structure in Europe.

‘The potential for more integrated capital markets offers more potential for the whole region. And it creates great opportunities for BlackRock and other market players,’ said Senra.