Why I am betting on Argentina ( An Australian View ) 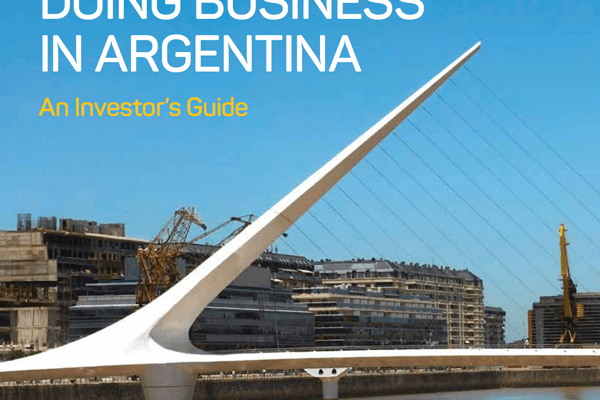 Since gaining office in November 2015, Argentina’s President Mauricio Macri has implemented most of the economic reforms he promised during his election campaign, including restoring relations with international creditors, exchange rate stabilisation and the removal of trade tariffs and taxes on agricultural exports.

These changes were closely followed by a new foreign investment protection law and a law to regulate and encourage PPP’s (public private partnerships). Fixing the system, however, has taken its toll. Argentina has faced a challenging economic situation. Its economy contracted by about 2 per cent in 2016 and more recently there have been street protests about the jobless rate and cuts to government spending. The reforms, which included hikes in utility prices and a weaker peso, have also resulted in surging energy prices and rising inflation, and there is the continuing challenge of bringing some 8 million people out of poverty.

But confidence in Argentina’s economic management has been enhanced by the decision to revamp the nation’s official statistical agency, which had been criticised for its poor quality data and lack of transparency. Argentina’s program of market reforms is laying the foundation for a renaissance in South America’s second-biggest economy. This bodes well for Australian companies that in recent years have experienced below potential trade and investment ties with Argentina, often favoring the well-established markets of Chile, along with Colombia and Peru. Now the reforms of Argentine President Mauricio Macri are encouraging Australian companies to look more closely at opportunities in energy and resources, education and training, infrastructure and the digital economy.

In 2016 Australian companies made two new investment totaling US$200 million, with recent announcements in 2017 of a further US$860 million, and the number of Australian firms visiting Buenos Aires to investigate the market has increased markedly. Twelve new Australian companies entered the market in 2016 and a further 4 entered in the first quarter of 2017. Interest in the resources and energy sector has been the most evident. Despite challenges in exploiting Argentina’s reserves – such as a lack of skilled workers, low productivity, and complicated mining approvals – the promise is there and Post is working with mining juniors, exploration companies, the majors, and METS, to facilitate their entry into the market.

The country’s peak mining body, CAEM, says there are some US$20 billion worth of unexplored projects. In education, Australia is very well positioned to provide technical skills and training for the energy, resources and agriculture industries. Argentina has already adopted the Australian VET framework to train construction workers, electricians, plumbers, welders and gas installers at a University of Trades in the province of San Luis.

Infrastructure development is a priority for the government and significant opportunities exist for investment in rail, ports, and urban development in particular. In February 2017, I led an infrastructure delegation of Australian companies based in Chile to Buenos Aires to meet with the national and city Governments to discuss these opportunities, subsequently, two of the firms have announced their market entry.

Finally, Argentina’s participation in the digital economy will be what sets it apart from its developing neighbors. Four of Latin America’s six “unicorns”, or tech start-ups valued at more than US$1billion, emerged in Argentina. In response, we have facilitated an agreement between one of the largest tech funds based in Buenos Aires with offices throughout LATAM, NXTP Labs, and SproutX – an agtech start up fund and accelerator based in Melbourne, with a view to exchanging and creating access to market for agtech companies, a market which accounts for production capacity of 400 million people annually.

Argentina has come a long way since its US$100 billion debt default in 2001. There is still some distance to go, but the renaissance is well underway and Australian companies will reap the rewards if they get in early. (See my comments on Sky News in November 2016 “Floodgates open for Investors in Argentina”.) Any Australian company interested in the opportunities in Argentina may contact our Austrade office at buenosaires@austrade.gov.au. Get in quick while the floodgates are still open.

(This article was written by Shannon Powell (Austrade’s Senior Trade & Investment Commissioner based in Santiago) and was first published on 19 July, 2017)