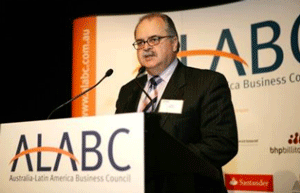 Gateway to South America on 29/10/2014 - 09:07 in All categories of countries are, Argentina-General, Brasil-general en, Chile – General, General of Uruguay, Paraguay - General, Perú-general en

As this is the last edition of Latam News before we gather in Sydney for the Gala Dinner to mark the 25th anniversary of the founding of the Council, it is worth reflecting on the road travelled so far on the crusade to bring Australia closer to Latin America. 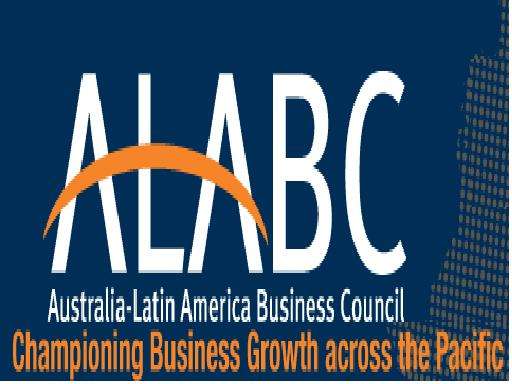 A quarter of a century has brought many twists and turns, many moments of elation and even more of frustration, but throughout the journey progress has been made and today Australia is much more engaged with Latin America than it has ever been. Looking back we see much to applaud, but also far more missed opportunities than we would like. Looking ahead we see abundant potential but also daunting challenges. In that respect, little has changed, as the potential of the Latin American markets for Australian business has always been there.

Australia’s dealings with the Latin American continent go as far back as the time of our early settlers, who made the journey to our shores by navigating around Cape Horn and replenishing supplies in ports such as Rio de Janeiro and Valparaiso. However, the more modern history of commercial engagement can probably be said to date from the late 1980s and, in particular, the year or so prior to the establishment of what started out as the Australia-South America Business Council in 1989.

For those not familiar with the developments that can be credited with pioneering the engagement process, it is worth citing an article published in the New York Times on 28 March 1988, which stated: “A new cartoon character has shown up in Chilean newspapers in the past year: a cowboy-hatted kangaroo, its pouch stuffed with dollars, telephones and the documents of complicated financial deals. The kangaroo is a sign of the times as Chile’s fast-growing, free-market economy increasingly looks across the Pacific – to Asia, Australia and New Zealand – for trade and investments.

It was Alan Bond, the beer company owner from Perth, who first inspired Chilean cartoonists to use the kangaroo. Last year he paid $500 million for 90 percent of a gold mine in Chile’s northern desert. In January, the Hong Kong-based international subsidiary of the Bond Corporation bought 45 percent of the Chilean Telephone Company for $280 million. There are other reasons for the kangaroo.

The Broken Hill Proprietary Company, the giant Australian resources firm, owns 60 percent of La Escondida, thought to be the largest unexploited copper deposit in the world. Broken Hill, with other investors, recently committed $1.1 billion to start production.” Bond Corporation is long gone, but one can only speculate as to what might have been as regards the pace of engagement between Australia and Chile (and elsewhere in the region) if the company had been able to exploit and build upon the exciting foundations that it had secured in Chile.

It is entirely possible that it could have done for the telecoms, beer and many other sectors what BHP was able to contribute to the mining sector through the development and expansion of the Escondida mine, which evolved into one of its finest assets. The fact that Australian miners and suppliers are so active in Latin America is testimony to the rich resources of the region, but also to the encouragement and confidence that they drew from the pioneering investments of BHP and other large players such as MIM and North.

All have in one way or another helped to bring Australia closer to Latin America, and have been followed by a growing number of individuals and companies from an increasingly diverse variety of sectors. Air services have improved significantly from the early days, but there is still enormous scope for growth. The scale, value and variety of commercial interaction have expanded handsomely, but still represent only a modest percentage of the full potential. The overwhelming feeling is one of joy mixed with sadness. Joy at what has been achieved, but sadness at opportunities that were not realised and at the scale of the challenge that remains if Australia is to extract maximum benefit from the development of the Latin American region.

However, when we gather in Sydney on November 18 our focus will be on celebrating the many considerable achievements and on acknowledging the contributions made by so many individuals (and the companies that they represent) to the ‘crusade’. If we add all of the attendances that we have had at each of our 25th anniversary dinners throughout the year, this historic milestone will have been celebrated by over 700 ‘believers’ and that is more than sufficient justification for a smile and a toast. Well done!