As Coronavirus Spreads, Bears and Fear Infect the Commodity Markets 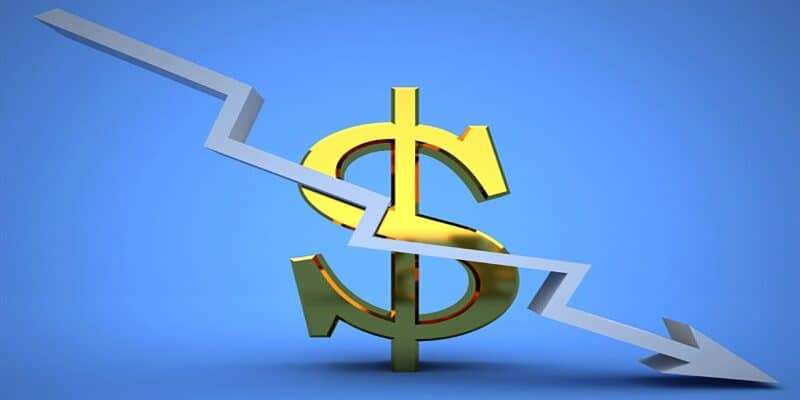 Coronavirus continues to be a black swan hitting the markets, with both the stock market and commodity market getting hit hard on Monday. The Dow was on pace to have its worst day in two years. The number of cases outside of China shot up over the weekend, and the World Health Organization (WHO) even acknowledged the world is not ready for the virus’ global spread.

DuWayne Bosse of Bolt Marketing says the main factor driving down prices on Monday is uncertainty.

“Markets hate uncertainty, especially managed fund traders,” says Bosse. “No one really knows how far coronavirus will spread or what affect it will have on global demand.  That ‘uncertainty’ is enough for a fund trader to exit long positions.”

“The biggest thing that concerned me about the weekend’s coronavirus headlines was the surge in cases for Iran,” adds Arlan Suderman of INTL FCStone. “Its economy is in a tailspin. I’m not sure it has the resources to contain the problem. That raises risks for a broader regional outbreak for the Middle East and Europe.”

Fresh fears over coronavirus spreading come on the heels of China acknowledging the spread of the virus in China is slowing. Some workers are going back to their jobs and restaurants are starting to open up again. However, coming off what is typically a strong demand season during the Lunar Holiday, the virus already took a bite out of the global economy.

“It’s hard to picture cities that have 10 to 20 million people becoming ghost towns, but that’s basically what happened,” Suderman says. “Customers are still afraid to be seen in them. They’re ordering food online having it delivered. You go online you look at the options and for a while very limited options of frozen pork. That means it was generally imported pork if you were near the coastline, you could get some imported, but those supplies tended to go pretty fast during the day.”

Chinese officials tried to calm of global economic fears by saying the outbreak and spread of the virus should be tamed by warmer weather. However, health officials say since the virus is so new, there’s no indication that warmer weather could cure the outbreak. Suderman says when you compare Coronavirus to the flu that’s running rampant in the U.S., the numbers tell the story on why coronavirus is more severe.

“First of all, it’s very, very contagious,” he says. “The death rate is higher. With influenza, it’s about point 1.4% or so of the cases that come down with it die. Right now, of the known cases coronavirus, we are running at about 2.5% per cent. That’s generally considered pretty alarming. And then you add on to it how contagious it is, and the fact that the person can be contagious for up to two weeks before they even know they have it, that makes it very difficult for health officials to identify cases and to isolate them.”

As the number of cases continues to grow, and the death rate shows alarming signs of what’s to come, the market implications may not be fully felt yet. Bosse thinks the economic impact on grains and oilseeds alone is something to watch closely.

“Corn and wheat have more downside risk from here,” he says. “Not only due to the continued spread of the coronavirus, but also due to current fund positions.  Funds are long a very large amount of Chicago wheat contracts.  If those funds are nervous they may want to exit longs which would create a large move lower.”

Bosse says funds are basically flat the corn market, but he fears the funds have room to sell if traders decide to do so.

“With the U.S. spring weather scare season a few months away and USDA expecting a huge crop in 2020, funds might push the short side of the corn market,” he adds. “Corn could also drift lower due to a lack of a bullish story next month.  Markets often tend to drift lower when bullish news is lacking.”

There’s also concerns that China may not be able to live up to its $40 billion agricultural purchases promise. However, Bosse thinks that headline is already largely priced into the market, especially for soybeans.

“Soybean prices have dropped nearly 90 cents since the phase one signing failed to generate new purchases,” he says. “With South America harvesting a record crop, China may not buy our beans until we are price competitive again in August. I think China buys a few cargoes from us to show good faith, but overall commodity purchases are made due to supply and demand. Right now, South America has the supply at a cheaper price.”

As for meats, even with frozen shipping containers piling up at Chinese ports, Suderman thinks China could start making some purchases in the next couple of weeks.

“They’ve been shopping over the last week, and I do expect a big announcement of some sales here over the next couple of weeks,” says Suderman. “Shipments may be a different thing. I think they want to show we’re still in business [and that] coronavirus hasn’t handicapped. So, there’s a lot of pride in the Chinese government. I think they want to show that but shipments may be much later in the year.”