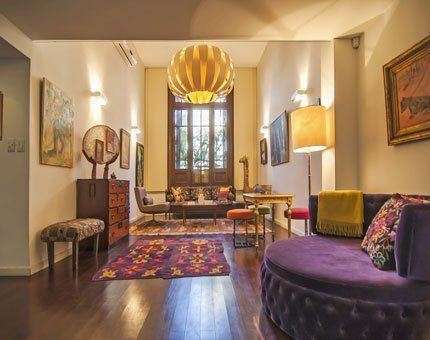 The construction and Argentine’s Real Estate sector appear to be exiting a long slump, raising hope they could provide some rare good news for the economy that appears to be dominated by red ink.

The construction sector rose 5.3 percent in the first quarter of the year compared to the same period last year, an increase President Cristina Fernández de Kirchner noted yesterday during a national broadcast.

“Fortunately, the construction sector has grown. According to private sector figures, it has increased 8.4 percent in April. We are moving forward and we are doing it with our domestic market,” Fernández de Kirchner said yesterday in a speech that was carried live by all television and radio networks. “We need to maintain aggregate demand to have investment and a growing economy.”

The construction sector rose by 8.1 percent in March, compared to the same month last year, accumulating seven consecutive months of growth, according to the INDEC statistics bureau. The sector also rose on a monthly basis, increasing 6.9 percent from February. Housing construction rose by 10 percent, while infrastructure works increased five percent.

The change in trend has led to positive expectations among sector business leaders surveyed by INDEC. As many as 36 percent see their sector growing in the second quarter of the year and 40 percent do not foresee any changes. The same view is shared by several private economic consultancies, including Ecolatina and Economía y Regiones. The Construction Chamber also foresees stability in the sector until the end of the year.

The Procrear housing programme and an increase in public works during an election year are the main reasons behind the growth, according to the private consultancies.

This year’s budget allocated an increase in 48 percent for public works. Meanwhile, about 150,000 houses have already been built thanks to Procrear, which is expected to double its budget this year.

Around 11.7 million tons of concrete is expected to be sold this year, 2.3 percent more than in 2014 and the second highest figure in history, according to the AFCP association of concrete factories. The growth means an additional 262,000 tons will be sold, mainly thanks to more infrastructure projects, public work and private projects.

The number of real estate sales in Buenos Aires City rose by 23.6 percent in March, compared to the same month last year, according to the Buenos Aires City Notaries Public Association. The figures ended eight consecutive months of decline and raised guarded hopes across the sector that the plunge in sales that had been evident since 2011 may have found its bottom.

The last time the real estate sector experienced growth in March was in 2010, when the country’s economic activity recovered after the global financial crisis. But five years ago 4,931 units had been sold in March, which is still almost twice as many as the 2,748 transactions completed in the third month of this year.

Sales in the first three months of 2015 were 2.2 percent lower than the first quarter of last year despite the strong growth in March. This means that 2015 remains the worst year on record since 1998, although a few months of improvement like the one seen in March could quickly turn that situation around.