Argentines’ interest in investing in farms and lots in Uruguay has doubled: The most sought after areas 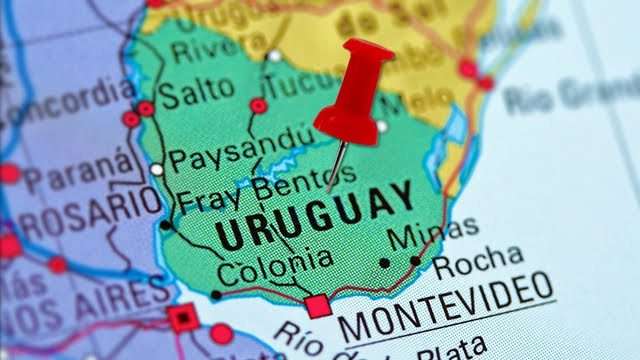 Dollar strength and Argentine plans to bring in a wealth tax accelerate interest for farms and lots in the neighbouring country. Federico Nordheimer (broker) provides details and perspectives.

The permanent turbulence exhibited by the Argentine exchange rate, as well as the restrictions imposed on the official dollar, the change in rules for agribusiness producers, and the impulse of a wealth tax, accentuated the interest of Argentine businessmen and investors in buying land on the other side of the Río de la Plata.

The trend began to become more visible in the first part of the quarantine after the emergence of Covid-19, but it ended up consolidating after the economic recession and the most recent decisions of the Argentine Government in terms of exchange policy and banking uncertainty.

Frederick Nordheimer is the director of the land trading company and one of the players in the rural real estate segment that, from Argentina, is in the business of buying and selling lots and properties also in Uruguay.

In dialogue with iProfessional provided details on the variables behind the renewed interest of Argentines for assets in the neighbouring country, the prevailing values and the areas that concentrate the greatest interest. He also referred to the “Galperín effect” as a “sign of change” for Argentines. ( Galperin is the founder of Mercadolibre in Argentina one of Latin America’s most successful companies who moved to Uruguay to avoid the harassment by the Kirchner Peronist Government in his business model)

What follows is the exchange he had with this interviewer.

-What are the aspects that explain this “revival” of interest in land in Uruguay?

-The extremes that occur in Argentina, to begin with. Suddenly, interest in investing in Argentina has diminished due to the situation with Vicentin Grain Company ( Nationalisation of Private Companies ) which is occurring under this Peronist Government.

When that seemed to be calming down, the government reinforced their incompetence in mismanaging the dollar and interfering with the legal system by removing judges that were prosecuting senior members of the Peronist party for corruption, money laundering and other major crimes.

This continual incompetence is what, especially in recent times, accelerated the intention of many local investors to leave the country permanently or at least till the current government is replaced. Property consultation levels have risen dramatically in line with uncertainty.

Uruguay transmits the opposite, an idea of security, apart from the fact that the idiosyncrasy is very similar and there is the ease of using the same language (Spanish).

-That is what all investor request. The outflow of investors is due to fatigue, due to an oversaturation of government-imposed difficulties. Accessibility to Uruguay from Argentina is instantaneous except for the pandemic. Those who migrate with the intention of producing in Uruguay farms do so because they want to worry about the weather and prices and not be consulting the media all the time to see what happens with the dollar or new taxes and restrictions.

On the other hand, Uruguay grants citizenship or tax residence without major complications. The investment can be completed without obstacles or setbacks. And there are examples such as the Galperín, from Mercado Libre, that operate by generating trust for those seeking new horizons.

-Of course, Marcos Galperin. Whether you have chosen Uruguay and not another place in Latin America or the United States itself accentuates confidence in that country. The Uruguayan government is very intelligent in that, in attracting people who can grow the economy and therefore raise everybody’s standard of living. Something similar happened with Federico Tomasevich , from Puente.

Galperín and Tomasevich are two Argentine master investors that, in many ways, generate considerable benefit to the image of Uruguay as a place to invest.

-How much have inquiries and purchase decisions increased so far this year?

-Compared to 2019, more than 100 per cent. Many people are waiting for the borders to be reopened to go see the lots and move forward with purchases.

-And what type of properties are those that arouse interest or direct investment?

-The most requested corresponds to properties that are in values ranging from USD 500,000 to USD 3,000,000. With the lower amount, you can buy, depending on the area, from 50 to 100 hectares. Also depending on whether it is an agricultural field, livestock, or a farm to live.

Many people are settling or have the intention to settle permanently Whoever was looking for a place in the interior of Argentina before is now suddenly is more interested in Uruguay. Technology, the most established telecommuting since the pandemic, also encourages that.

-The proximity to Buenos Aires plays a lot in peoples decision making. What are the areas that attract the most interest?

-If we divide Uruguay between North and South, the strong interest is clearly in the Southern part. To a large extent, because it is very close to Buenos Aires. And in that South, the West quadrant also prevails. Soriano, Colonia, Carmelo, Nueva Palmira: these are the areas that have the most buyer interest. Many point to that area for the agricultural potential of the land. The price of the hectare, depending on the location and the type of field, ranges between USD 7,000 and USD 10,000.

-How profitable is it to buy land in Uruguay for intensive cultivation or livestock?

-Before renting, what prevails is legal security and knowing that your money is safe. Uruguay also has a government that promotes agricultural activity. It won’t drop it. On the other hand, there are no withholding taxes like in Argentina: the market is pragmatic and transparent.

Although production costs are higher than in Argentina, investors believe that there they can focus on productivity. More than making a difference, they think about tranquillity from the constant rantings of ideological politicians with no practical experience.

-Is it easy to close the land acquisition?

-Sign, reserve, do all the papers it does not take more than 30 days. Here if you want to write a deed today, the registrar is stopped ie there is no gazumping laws. You have to wait at least 60 days and you don’t know if there will be attending. Today we have can have operations stopped because the registry does not open. (convid 19) That can be an irritant. Here your activity depends on whether the State wants to promote the business. There, everything always continued to function beyond the global pandemic.

-What is the expectation regarding the value of the land for those who invest in these times?

-The price of the hectare rose a lot from the USD 600 for soybean country, with peaks of up to USD 15,000 dollars per unit. But then that value dropped and today it is around USD 10,000. It is still high compared to the historical average. Now, with the rise that commodities have been showing again, it is likely that the hectare will gain in value in the medium term. That is why many are rushing to close contracts. They understand that the price of Uruguayan farms will likely be somewhat higher in a short time.