Argentines have best level of English in Latin America

Anyone over 50 years can attest to the fact that learning a new language is hard work. All the more if you are an Anglo male. However, the good news is that Argentines women in particular are by far the most articulate English speakers.

English is extremely popular in Argentina. It is so popular, in fact, that the country stands heads and shoulders above the region.

Argentines are the most proficient in English in Latin America, and it isn’t even close, achieving high proficiency in the language in a region that is considered to still have low proficiency.

In one of the most interesting nuggets from the Education First (EF) English Proficiency Index (EPI), Argentine women were found to be more adept in English than the country’s men, and bucking a worldwide trend, middle-aged Argentines outperformed their younger counterparts in testing.

The EPI is based on tests taken by 750,000 adults across the world, with Argentina placing 15th out of the 63 countries that underwent testing with a score of 59.02.

Testing was based on assessment of grammar, vocabulary, reading, and listening sections taken by people keen on learning English or seeking to have their English skills measured, and as such is not a test of the general population. The Argentine figures are derived from the results of 3,000 tests taken in 2013.

Results for 2013 released at the end of last year placed Argentina as best in the region with an EPI score of 59.02, high enough to be considered as part of the “high” proficiency band. Only seven countries qualified for the “very high” proficiency classification, with the last country in the category, Austria, scoring 63.21 on the EPI. The first spot on the index went to Denmark, scoring 69.30. The Middle East and North Africa scored the lowest on the index. 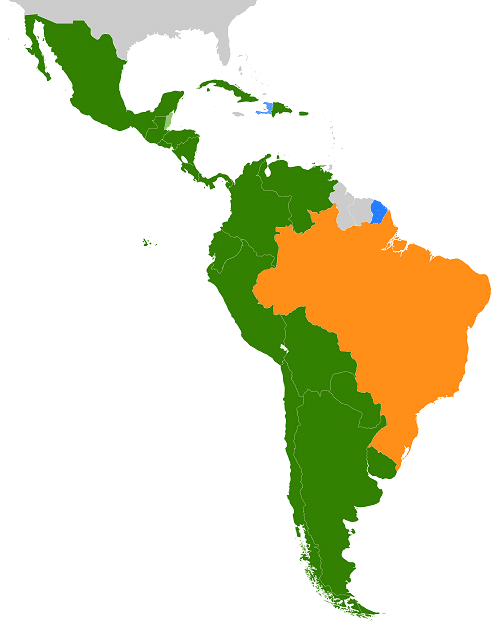 Argentina has consistently been at the forefront of regional results since testing began in 2007 and it is clear that English skills are improving.

In the seven years since the first test was taken, the average score increased by 5.53 points. That improvement was enough to garner the country the fifth spot in terms of trends. The Dominican Republic improved scores by 8.75 in the same period, with neighbours Brazil (2.69 improvement) and Chile (4.12) going strong as well even if they lag behind Argentina’s growth rate.

Uruguay, which traditionally does well in terms of regional rankings, saw its EPI slide backwards from 2007 to 2013 by a factor of 3.81, putting the country firmly in the “low” proficiency grouping with 49.61 and the 40th spot in the global scale. El Salvador is ranked last in the region and 53rd in the world with an EPI index of 43.46.

Interestingly, the EF provided regional results for Brazil that clearly delineate the North-South economic and social divide that affects the country. The only states that have citizens with moderate proficiency are the economic powerhouses of Sao Paulo and Rio de Janeiro along with neighbouring Paraná and the city of Brasilia. The remainder of the country has low to very low proficiency levels, resulting in an overall low proficiency for Brazil and global ranking of 38, despite its recent emergence as a global economic player and destination for international investment and business.

The poor results seen in Uruguay and Brazil are nonetheless not out of line for the region, in which 12 countries of the 14 tested for the EPI were placed in the “low” and “very low” proficiency categories. Education First reports that as a region progress has been slow, with the regional average EPI score only increasing 2.16 points.

For Education First, the reason that the country has done well is that “in general, teachers of English in Argentina are highly qualified, as they must complete a five-year graduate programme to teach in public schools. In its latest National Law of Education, passed in 2006, the Argentine government made it mandatory for public schools to teach English as a foreign language to all students in grades four to twelve.”

In addition, the report points to a belief among political leaders “that a command of English is necessary for Argentina to participate in and accelerate international trade.” The organization points out that “the members of the Mercosur bloc, a political and economic agreement of five South American countries, has prompted Argentina to look beyond its neighbors in search of a more diverse trading network.”

In addition, Argentines across the board reportedly felt that proficiency in English is key to participating in the global market and it is common for those taking English lessons to have their progress certified through standardized testing.

Results for Argentina also showed a unique phenomenon: Argentines aged 45-54 are more proficient in English than young professionals (25-34). This pattern differs from regional and worldwide trends in which younger professionals have stronger English skills.

According to the data released by Education First, the best English-speakers in the country are aged 45-54, scoring well above 60 in the EPI index, a few points above the 18 to 24 age group. However, those aged 25 to 34 scored lower than both their younger and older countrymen and women, breaking with the global trend. While they still scored well above the regional average and global average for their age group, the results hint at “gap” in English education for the young professional cohort. Provided that younger students of English retain their proficiency, the surprise result should smooth itself out.

English proficiency results differentiated according to age group show that for Latin America, much like the global trend, the best results are found in the young professional (25-34) group. However, young adults in Latin America in the 18-24 age range were far behind their older compatriots, indicating a problem with primary-level education.

Perhaps unsurprisingly, when English proficiency testing is disaggregated according to gender Argentine women scored more than 3.5 index points better than men, considered by EF as one of the widest gaps in the region. That gap, which is wide enough to “have an impact in the workplace” is unexplained by EF.

Nonetheless, Argentine women spend more years in education than their male counterparts do but they are yet to achieve full income parity, with one of the possible explanations being that women face discrimination in the workplace and that more professional skills are asked of them than of men.

Women outscore men in terms of English proficiency on a global scale with scores of 53.53 to 50.75 respectively, while in Latin America the gap is narrower as the scores are 48.75 to 47.41. However, these scores are significantly lower than the global average.

Education First is a private company that promotes education around the world.