Argentine organises the largest Business and Investment Forum in its history 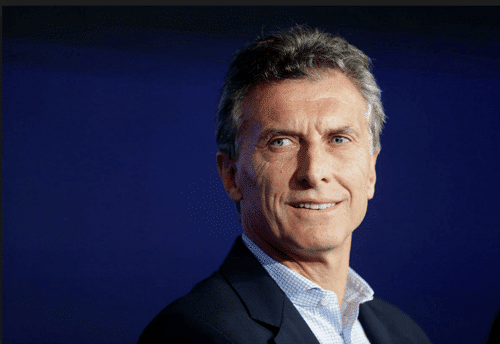 Gateway to South America on 17/08/2016 - 09:41 in All categories of countries are, Argentina Lifestyle, Argentina Mendoza, Argentina-General, Argentine farms, Commercial Argentina

Argentina is organising a major business and investment forum next month, September 12th to the 15th, in Buenos Aires where more than 1,500 world business leaders and representatives of government and economic institutions are scheduled to attend the event, probably the largest in recent times in all of Latin America.

All of the participants will receive from the president Mauricio Macri administration the message that Argentina is not only a country that can be trusted but a modern state that will provide the best tools for launching business ventures and making investments, with top-quality raw materials and qualified professionals possessing talent and creativity.

The aim of the forum is to attract sustained annual foreign investment of at least US$25 billion, without the constraints that existed during the country’s recent past, where the greater part of the US$7 billion in annual investment at that time resulted from reinvestment required by the currency exchange controls.

With an eye toward its goal, government representatives from across the board will interact personally with the forum’s participants to explain to them how the administration’s ambitious economic reform program will close the gaps in financing to support sustainable and comprehensive growth and will position Argentina as an attractive international investment destination.

Among other advantages, foreign investors will be offered the elimination of capital restrictions including the possibility to repatriate profits along with maximum efforts by the administration to control inflation once an agreement is reached regarding the payment of the Argentine debt to the so-called “vulture” speculative funds and the country’s regaining access to the global capital markets.

Both actively and passively, Argentina’s economic policy gurus, headed by Finance Minister Alfonso Prat-Gay, never tire of saying that there are signs of the country’s economic recovery and the return of sustainable growth, and the prospects for improvement are providing unique investment opportunities.

In addition, they say that Argentina is Latin America’s third-largest economy, with a gross domestic product of $500 billion, after Brazil and Mexico, and that it has the second-highest GDP per capita – in terms of buying power – after Chile, with US$22,600, as well as being the eighth largest country in the world in land area, with 53% of its territory being arable land, along with being the fourth-largest country in the region population-wise, with 43 million inhabitants.

Its favorable conditions for renewable solar and wind power, its petroleum and natural gas reserves and its gold, silver, copper, lithium and potassium deposits are other attractive elements for the new Argentine leaders to emphasize in attracting the attention of international investors, along with the country’s powerful middle class and its high human development index.

Conceived of as a true business fair at which there will be many private sessions, the forum will serve to place on the table investment projects in renewable energy, gas and petroleum; agricultural and food production; industrial products and services; mining, transportation and logistics; public works and infrastructure; technology and telecommunications; financial services; tourism; pharmaceuticals; construction and real estate; and biotechnology, among other areas.

After a formal reception for participants at the Colon Theater, on the afternoon of Sept. 12, the working sessions will begin on the 13th at the Cultural Center with a few words from President Macri about his vision for the country, followed by working sessions on the prospects for investment in Argentina and the country’s new investment climate.

The talks will continue on Sept. 14 with a tight schedule including several chats with visionary business leaders and the reading of the forum’s conclusions before the closing ceremony, which will also be hosted by Macri.

Sept. 15, called Innovation Day, will be devoted to the study of this decisive aspect of business development, with the discussion of cases such as that of California’s Silicon Valley, an example of a region that has transformed the world via technology, and the situation of other countries who are creating the proper conditions for innovation and business spirit with which Argentina also wants to provide itself.