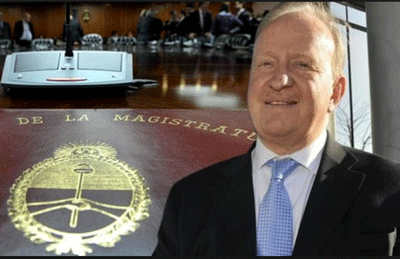 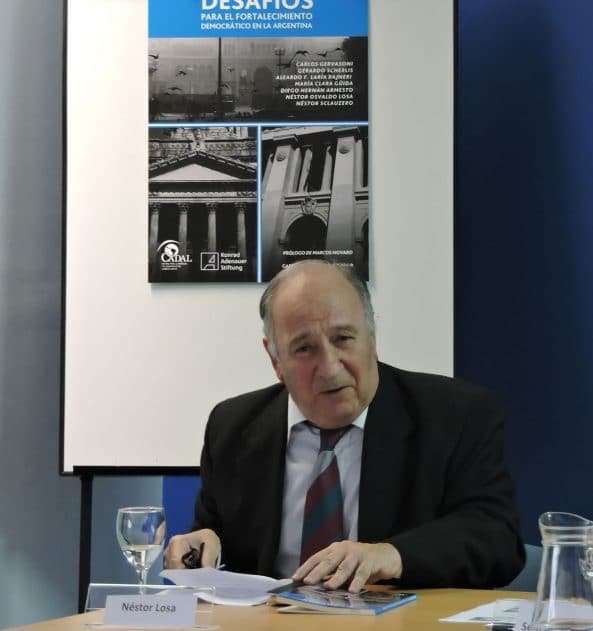 A colloquium sponsored by an Argentine business grouping, IDEA, that has been critical of the government of Cristina Fernandez, but in a framework of moderation and self containment, turned into a students’ open assembly when a constitutional law professor gave a speech on the rule of the law, called on President Cristina Fernandez to show her law degree and described minister Hector Timerman as a ‘traitor’ of the essence of Judaism for having reached an agreement with Iran.

“I demand that president Cristina Fernandez shows us her solicitor’s degree, because she is a complete ignorant of law” said professor Daniel Sabsay who strongly criticized the government’s project to reform the criminal processing code and the plan to expel from Argentina foreigners involved in criminal actions.

“That is the most reactionary of initiatives in criminal law, expelling foreign culprits; they will only keep breaking the law”, said Sabsay to the applause of the auditorium, when he defied Cristina Fernandez to show her law degree.

Sabsay then went after Attorney general Alejandra Gils Carbó who he accused of being an instrument of the Executive “with the only purpose of covering up the presidential interests; she’s not attorney general she’s a ‘cover up’ official.”

”The job of an Attorney general is to defend the State, not defend Lazaro Baez (a business associate of the Kirchner family). They even tried to lower the salary of a widower in charge of children (in reference to prosecutor Jose Maria Campagnoli who was investigating Baez and was removed from the post)“. Sabsay underlined ”this is not a democracy, this is an authoritarian regime“.

The constitutional law professor then proposed that political parties looking ahead, agree on ”public policies, rule of the law, put an end to impunity, reestablish freedom of expression and abolish cronies’ capitalism“.

”Let’s face it: we’re fed up with a presidential couple; now they want us to forcebly accept their son (Maximo), enough is enough“ insisted Sabsay, who then went on to bash foreign minister Timerman, whom he described as a ‘traitor’.

”I’m ashamed of the foreign minister we have. He is a traitor. In July he went to discuss with Ahmadinejad (former Iranian president), a man who denies the Holocaust. I feel ashamed, the minister is undeserving, a rogue. We suffered millions of dead and this guy denies that, and I’m saying this as a Jew, and Timerman a Jew reached a memorandum of understanding with him”.

Before walking down from the stage there was a several minutes standing ovation and applause for Sabsay. Definitively something unseen in the long Kirchner decade for a business organization that has treaded gently, criticizing but avoiding confrontation and irking the Lady.
Merco Press