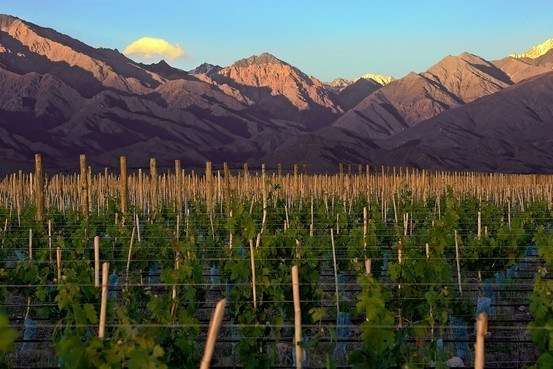 Gateway to South America on 10/10/2022 - 12:52 in All categories of countries are, Argentina Lifestyle, Argentina Mendoza, Argentina-General, Argentine farms, Lifestyle Properties in Argentina

Argentina has built up a world-class wine industry, luring a flood of wine tourists, but boosting the quality quotient is still keeping its winemakers hard at work.

The century-old industry, with its heart in the Mendoza area in the southwest, has increased volume by leaps and bounds in the past two decades, with Argentina’s malbec-based reds drawing raves worldwide.

“In the broad scheme of everything going on with wine around the world, we have a long way to go,” said Martin Castro, who runs a vineyard in the Valle de Uco area in Mendoza, a parched and sunny province abutting the soaring Andes that grows its grapes with a huge irrigation network fed by mountain water.

“On top-end wines, we still have work to compete globally. But we definitely have a presence with malbec, which is well-known globally,” Castro stressed, referring to the varietal used as a base grape in many meat-friendly local reds — a varietal that used to be common in Bordeaux, now less so.

If the industry has far to go, it also has come far, especially in the past few decades.

Argentina has become the world’s number-five producer, according to the International Organisation of Vine and Wine (OIV). Meanwhile, it is the world’s ninth-ranking exporter and a big domestic consumer, the Argentine Wine Clearinghouse (OVA) said.

Castro and his partner Cristian Allamand, an agricultural engineer, are among those riding the wave with plenty of hard work. They oversee production at Bodegas Luminis, which in recent years has enjoyed phenomenal growth.

It is among the 900 or so wineries spread out on over 20,000 hectares in the Mendoza area alone — an area that also has attracted foreign capital like France’s Pernod Ricard, Chile’s Trivento (Concha y Toro) and Portuguese Finca Flichmann.

Thousands of tourists traipse from tasting to tasting on local wine trails, staying at boutique hotels at or near many wineries, dizzied by so much malbec and its perfect partner, grass-fed local beef.

“Aside from malbec, the most widely grown red varietal in Argentina, there are many others that are doing well,” Castro said, checking out the vines at his winery 950 meters above sea level, with a dramatic Andean backdrop.

Marcelo Pelleriti, the boss at Monteviejo, said Argentina had plenty to be proud of, having won considerable renown for its malbec-based reds and their local terroir.

Still, “we have a way to go, when there are countries like France with 400 years of history, and which can do very large volume as well as the higher end and pricier vintages,” Castro said, sounding somewhat hopeful despite the world’s cool economic growth.

Mendoza is the fifth most populous of Argentina’s provinces but produces 70 per cent of Argentine wines.