Argentina’s Tax Reform: This Is What You Need to Know 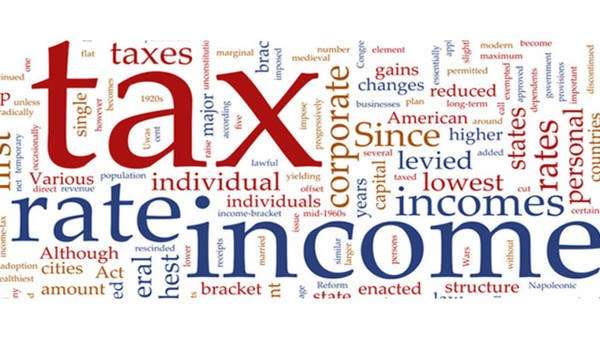 On November 13, 2017 we reported on the imminent passage of tax reform legislation (see “Argentine Tax Bill: A Step toward Structural Reform” 1). At the end of the year and amidst rioting in the streets over pension reform, congress—acting pursuant to an extraordinary session—pushed through two laws2 (collectively, the “Tax Reform Law”) modifying the most significant federal taxes levied in Argentina. In a nutshell, the reforms advance the Macri Administration’s efforts to encourage investment, specifically investments in fixed assets and the productive (as opposed to financial) side of the economy. Let’s take a closer look.

Income Tax
As predicted in our November 13 post, corporate tax rates will be gradually reduced, while the tax on distributions of profit will increase. The message is clear: We want you to reinvest.

The “equalization tax” (tax levied on dividends when before-tax profits exceed taxable gain) will not apply to distributable income accrued after January 1, 2018. The Tax Reform Law also changed the applicable limits on the deduction of interest on financial debts incurred with related parties (commonly referred to as “thin capitalization” rules), making them somewhat more flexible.

Inflation adjustments (a persistent problem in Argentine tax accounting) will be allowed beginning January 1, 2018, once a threshold change in the Wholesale Internal Price Index (Índice de Precios Internos al por Mayor) has been reported for the 36 months preceding the close of the corporate taxpayer’s fiscal year.

So far, these changes referring to corporate income tax are, except for the tax on dividends, looking pretty investor-friendly. But another provision, with notable exceptions described in the next paragraph, of the Tax Reform Law affects the income tax treatment of non-resident investors. Going forward, financial gains obtained by non-residents from the sale of equity in a foreign (i.e., non-Argentine) entity with “substantial assets” in Argentina will be subject to tax (35%). It remains to be seen from the implementing regulations how this tax will actually be collected.

As we said, there are notable exceptions. First, the Tax Reform Law exempts non-resident investors from income tax on interest or gain from the purchase, exchange or sale of government-issued securities, (except Central Bank notes known as “LEBACs”), so long as the beneficiaries do not reside in “non-cooperating jurisdictions” or the funds invested are not sourced from those black-listed jurisdictions. Second, and perhaps most importantly, gains from registered (by the Comisión Nacional de Valores) offerings of equity, including depositary receipts traded on a foreign exchange, and debt securities are excluded from income tax, so long as the registered holder is not a resident of a black-listed jurisdiction.

Value Added Tax
In November we presaged the increase of everyone’s Netflix bill by announcing the levying of VAT (21%) on digital services provided from foreign sources. Indeed, the Tax Reform Law includes this new VAT rule. Because, the tax applies to a non-resident, collection will be made by the Argentine consumer of the service in the form of a withholding from payment to the provider. We can now guarantee the increase in the Netflix bill.

On the pro-business side, the Tax Reform Laws make two relevant adjustments to VAT. First, the laws introduce a mechanism for reimbursement of VAT credit sourced from the purchase, construction, manufacturing or definitive import of fixed assets (except automobiles). Second, taxpayers performing public services (the meaning of which is left to subsequent regulations) may, under certain circumstances, qualify for a reimbursement of VAT.

Tax on Bank Credits and Debits
The Tax Reform Law has extended this abhorred tax on banking transactions (0.6% on checking account deposits and withdrawals) through December 31, 2022. In the meantime, the tax will be fully creditable against income tax. Previously, only one-third of the tax was creditable.

Employer Social Security Contributions
The Tax Reform Law gradually unifies employer contribution rates to 19.5% of the employee’s monthly wages and a monthly reduction of the tax basis for calculating those contributions, which will increase progressively until 2022.

Provincial Taxes. Tax Consensus
A significant goal of the legislators pushing the reform was to simplify and reduce the tax
burden imposed by provincial governments on taxpayers transacting nationally. The federal government sought an agreement with all provinces and the City of Buenos Aires (an autonomous government akin to a province) and came close, leaving only San Luis and the City of Buenos Aires outside the agreement. As a result of the agreement, the gross sales or “turnover” tax (“GST”) will be converted into a sales tax, levied only at the “final stage of economic processes” (e.g., the final sale).

The 23 provincial governments party to the agreement committed to eliminate discriminatory GST rules, adapt less burdensome collection processes called for under the agreement, maintain stamp tax (levied on documents of “economic content”) rates within a certain limit, which will be gradually reduced until eliminated in 2022.

Assessment and Enforcement Rules
The Federal Tax Authority is now authorized to negotiate voluntary closing agreements with taxpayers at any time before a final assessment (determinación de oficio) is made.

This should offer some incentive for taxpayers to settle claims, rather than endure the all-
or-nothing choice that has been given them in the past. The Tax Reform Law increases fines for omitted taxes or tax evasion and adds stiff penalties for taxpayers improperly claiming tax benefits or fraudulently simulating payment of taxes.

Thresholds to classify omitted taxes as “criminal evasion” have also been increased from 250% to as much as 375% from the previous levels. Similarly, in cases of unpaid social security payments by an employer or self-employed person, the thresholds have been increased by as much as 500%, depending on the specific claim. Finally, if a taxpayer unconditionally accepts and pays an assessment within 30 business days after notice of a criminal complaint, the Tax Reform Law calls for the dismissal of the criminal charges.

The Tax Reform Law is a significant step toward encouraging investments in the so-called “productive economy.” As to financial investments, including gain on stocks and debt securities, the Tax Reform Law will tax these at higher levels. But perhaps the mostsignificant long-term change is, as we alluded to in November, the reduction and
streamlining of provincial taxation. In a country that still struggles to achieve consensus
on competing interests of a federalist government, these changes just might be viewed by
economic historians as a tipping point in Argentina’s economic growth.