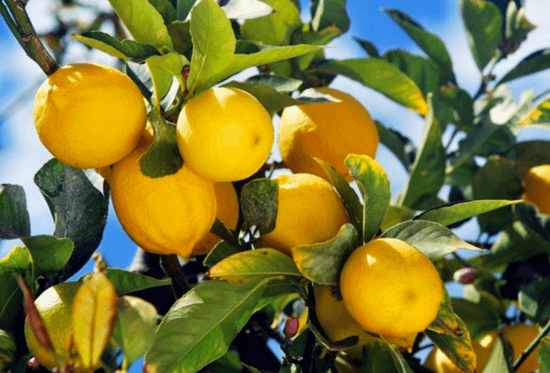 Gateway to South America on 25/08/2018 - 04:52 in All categories of countries are, Argentina-General, Argentine farms

Florida-based Seald Sweet has hailed a successful return of the Argentine lemon industry to the U.S. market and says the season has been a huge learning curve.

CEO Mayda Sotomayor also described the lack of any pest detections at U.S. ports as a “win” and expected volumes to see a rise next year – a view shared by the Argentine Citrus Federation (Federcitrus) and New Jersey-based Vision Import Group.

Argentina has been exporting fresh lemons to the U.S. market for the first time in almost two decades, after the U.S. Department of Agriculture granted access in May 2017.

Speaking with Fresh Fruit Portal, Sotomayor explained that Seald Sweet had been one of the first companies to bring in Argentine lemons during their first stint in the market, and had remained in touch with the country’s growers due to its programs in other markets like Europe.

“We were very excited when the possibility came up for the entry of lemons from Argentina into the U.S.,” she said.

She explained that volumes this year had not been as high as anticipated due to cold and wet weather in the growing regions over recent months, but overall she was delighted with how the campaign had gone.

Company representatives traveled to Argentina before the season began to meet with growers and advise them how best to manage the U.S. market.

“They had a daunting task. They had a protocol that was imposed on them that was very serious and very difficult, which they had never done before,” Sotomayor said.

Significant changes had to be made to packing facilities to comply with the protocol, and it also required that fruit be harvested green – something Argentine growers were not used to, she said.

“We knew that it was probably going to be a bumpy start, and I believe that it was. Luckily they recovered very well. They now have a much better grip on what they have to do in their packing facilities,” she said.

Fruit quality was also good upon reaching retailers, despite uncertainty as to how it would turn out if it was still green when it was shipped.

Shipments began arriving at U.S. East Coast ports from late May and are now winding down. Sotomayor said the past couple of months had confirmed that Argentina fills a “very necessary gap” in the market. California and Mexican supplies are low over June and July, and volumes from Chile alone are not able to fulfill demand.

Another positive this season has been that no shipments were blocked on phytosanitary grounds coming into the U.S., despite rigorous inspections on all imports by U.S. authorities.

“The victory is that they [the Argentines] did what they needed to do and they did it in the correct way,” she said, describing the lack of any incidents as ‘the biggest win of all’.

“Even with all the bumps and the learnings and the experience that they had to obtain this year, I would call this Argentine season a success.”

Cohen said volumes were lower than expected – both because of weather problems and logistic issues involved with shipping to a market after a 17-year break – and described the industry’s decision to err on the side of caution as a “smart move”.

Demand and prices have been good for most of the season, he added. Cohen also saw a good future ahead for Argentine lemons, noting that they could compete well with domestic fruit given the high cost of trucking lemons over from California to the East Coast.

Argentine Citrus Federation (Federcitrus) president José Carbonell also believed it has been a successful season. Last week he told Fresh Fruit Portal there were just three or four companies who were still shipping, expecting dispatches to wrap up by the end of the month.

He estimated lemon exports to the U.S. this season did not surpass 5,000 metric tons (MT) – a relatively small volume for one of the world’s leading exporters.

“We have already exported more than last year in total and to the U.S. we have just shipped small volumes … but they have been carried out in a normal manner and we have received a good reception,” he said.

Next year he expects U.S. companies will have larger programs of Argentine lemons.

“This season was more about seeing the results, and I think that with this experience next year the volumes will be agreed in advance, which will give us more foresight,” he said.

Given that Argentinean lemon production and prices are both up by 7.48% and 16.02%, respectively ( to it seems like the lemon industry in Argentina is indeed very healthy and seems like it really was a successful season.

Argentina’s leading lemon markets are Spain, the Netherlands, and Russia.