Argentina’s rail network is being rebuilt 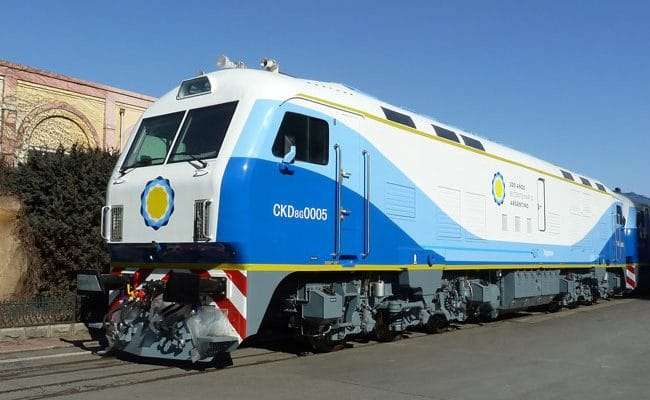 By the switch back to rail, transportation costs have reduced by an average of 55%. The new trains will quintuple current capacity.

The National Government will reactivate around 10,000 kilometers of railroads with an investment in the order of USD 9,000 million that will generate 70,000 jobs, reactivating and boosting the freight railroad, in addition, open a new operating system for freight trains.

With the entry of the new system, expected from 2023, it is projected to increase the load potential of the rail system fivefold in the next 15 years. In 2015, at one of its lowest historic points, the freight train transported only 18.4 million tons, but by 2031 it is projected to bring the capacity of the system to 97.9 million tons.

This will increase the amount of cargo in tons and the variety of products and operating conditions to expand the volume, benefiting both the agribusiness and construction, with products with the origin and destination of Vaca Muerta ( Argentines oil fields ), and general cargo from and to Cuyo, Northwest and Northeast of Argentina and the center of the country.

The Plan was launched with the recovery of the Belgrano Cargas, which began in mid-2016 and is now close to reaching the first 600 kilometers of renewed lines and will continue with the Norpatagónico Train.

In this scheme, the National Government will recover 1,020 kilometers of tracks of the San Martín Cargas train between Mendoza and Rosario, to quintuple the loads being transported. With these works, 3,800 jobs will be generated. The signed contract is the first of a series of agreements to enhance investments and the development of transport infrastructure in Argentina during the G-20.

“Today we took a big step towards the reactivation of the freight train in the country, which is the commitment of President Mauricio Macri to the railroad system, which has been abandoned for decades.”

The start-up of these works will impact the provinces of Mendoza, Córdoba, San Juan, San Luis, Santa Fe, and Buenos Aires, reactivating regional economies and promoting employment and development and reducing logistics costs. We are working hard to recover the cargo network throughout the country for the coming years, “he said. Guillermo Dietrich, Minister of Transportation of the Nation.

With these works, the San Martin railroad between the town of Palmira, in Mendoza, to the ports of Rosario and Buenos Aires will be renewed, as well as the bridges, culverts, level crossings and crossing detours so they can incorporate longer trains and so reduce transport costs by an average of 55%, which will generate savings of more than USD 200 million per year in logistics costs.

With the works completed, it is expected freight to go from 1.5 million tons transported per year to three million in 2025, and later to 8 million in 2030.

The first stage of the project involves an investment of USD 1,089 million for the improvement and renovation works of 1,020 kilometers of rail line between Rosario and Mendoza plus the construction of 220 kilometers of new road between Rufino and Santa Teresa, Santa Fe. The stage will include works such as the marking of the entire layout and bypass works and some detours, junctions, and signaling.

The contract was signed in the framework of the Framework Agreement on Cooperation in Economic and Investment Matters subscribed between the Argentine Republic and the People’s Republic of China (Law 27.122) and the Complementary Cooperation Agreement on Infrastructure 2014.

The company China Railway Construction Corporation Limited (CRCC) has carried out railway infrastructure projects in more than 60 countries and its activities range from project formulation, design consultancies, industrial preparation of inputs for works, urban development, logistics and the commerce of goods and inputs as well as capital operations, in high-speed trains, conventional and light trains and stations.