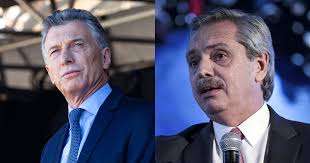 Argentina went to the polls on Sunday to choose the candidates in the presidential election to be held on October 27. However, there were no competing candidates as all the main parties only presented one option.

President Mauricio Macri, who intends to run for a second term, was expecting to finish neck-and-neck with the Peronist opposition leader Alberto Fernández. He was not even close. Fernandez won the primary by a large margin (47 per cent to 32 per cent), enough to secure the presidency in October (45 per cent is the threshold to avoid a run-off).

With voters giving Mr Fernandez a 15-point lead, the peso tumbled while the Merval — the local stock index — lost 48 per cent of its value in US dollar terms. Government dollar bonds lost about 25 per cent on average, with yields rising to about 35 per cent on short-term notes, while credit default swaps showed an implied default probability of 75 per cent.

The results should have acted like a cold shower on Mr Macri’s political ambitions. Far from it. At a press conference, he vowed to fight back and blamed the market crash on voters. This presidential loss of touch with reality may have scared markets even more than the prospect of Cristina Fernández de Kirchner’s return (the former president is Mr Fernandez’s running mate).

After his press conference, the Bonar 24, one of Argentina’s most liquid public debt securities, dropped to 51 cents. Investors’ uncertainty is at a peak. They still remember their last experience of the would-be vice-president Cristina Fernández de Kirchner. Notwithstanding the shower of dollars that the IMF has been pouring into Mr. Macri’s government (US$ 50bn of a US$ 57bn program should have been disbursed while he is still president), it is not difficult to understand why people turned their back on his government.

His reformist political campaign emphasized the fight against corruption, public investment, and Argentina’s new “integration into the world”. But the electorate felt more closely touched by the vivid arguments coming from their pockets. Argentina’s economy is in recession, gross domestic product is lower and unemployment higher than in 2015, when Mr. Macri took office. Inflation is running at close to 50 per cent — roughly twice as high as in 2015 — and public debt has also more than doubled.

Despite the corruption scandals that engulf Kirchner (she has been criminally indicted on charges of illicit association, money laundering, cover-up and fraudulent administration), a large majority of Argentines feel they have good reason to believe that “with we were better off”. Not all of those who are economically nostalgic for her time in power are willing to stomach seeing her in government again.

But Mr Macri can no longer count on cajoling the middle class into voting for him on the grounds that he can keep the markets happy. Investors’ uncertainty is at a peak. They still remember their previous experience of the would-be vice-president. However, this is not the whole story. Markets are also worried about what Mr. Macri might now do to attempt to enhance his — almost negligible — chances of being re-elected.

If he believes that stabilizing the exchange rate could help him recover middle-class support, he might use those IMF dollars to prop up the peso. That would be disastrous. The IMF would surely stop the flow of financing, forcing a default of public debt. It is important to note that the fund considers Argentina’s debt to be “sustainable but without a high probability”. In IMF jargon, this implies the possibility of restructuring public debt (or “reprofiling” it: a kind of “light” restructuring). To avoid this happening, the government needs to count on the private investor’s willingness to refinance all their claims at maturity.

Private investors, moreover, are smart enough to know that the IMF, as a privileged creditor, will be first in line. If there is not enough money to honour all the debts, it is their credits, not those of the fund that will be restructured at a loss. For his part, Mr. Fernandez, although now the favorite to become president, is unwilling to take the initiative.

In a TV interview on Monday he argued that there was not much he could do for Argentina’s economy, stating: “I am just a candidate.” While that is technically true, investors would appreciate seeing him start to act like a responsible statesman, rather than as a campaigner bidding only to unseat the incumbent.

If Mr Fernandez were to call for an IMF meeting, make some market-friendly comments and appoint a credible economics team, Argentina could still avoid yet another crash. The country desperately needs to ensure a smooth transition between a government that lost popular support and an opposition leader who still needs to gain the market’s confidence. Alas, Mr Macri is resisting the inevitable and Mr Fernandez pretends he can make no positive contribution. Markets may yet confront both with reality . . . and bring Argentina to its knees.