Gateway to South America on 25/09/2016 - 12:23 in All categories of countries are, Argentina Lifestyle, Argentina-General, Chile – General, Lifestyle Properties in Argentina

For decades, retail moguls Kris and the late Douglas Tompkins bought up huge swaths of South American wilderness in hopes of preserving ancient forests and the creatures that live in them and doing so have created Argentina’s latest nature reserve. 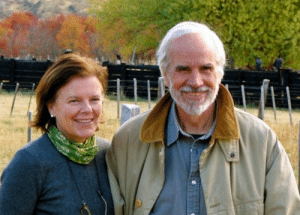 Now, nearly a year after her husband’s death, Kris, who spent 17 years as chief executive at the outdoor apparel maker Patagonia, is donating enough land to help create what will become Argentina’s largest nature preserve.

The donation is part of an ambitious plan to preserve Argentina’s northeastern Iberá wetlands and restore populations of six species of wildlife, including jaguars, that had gone extinct in the region. Tompkins plans to donate about 341,350 acres, a spokeswoman from her nonprofit Tompkins Foundation.

When combined with the adjacent provincial park lands, this tract will create the largest conservation land in Argentina.

Last week Kris Tompkins met with the new Argentine President Mauricio Macri to begin the formal process of turning over that portion of the 6 million hectares she owns in Chile and Argentina that she has designated for six new national parks.

The move comes nine months after Kris Tompkins offered 400,000 hectares of land in Patagonia, Chile ― the remote region after which Patagonia founder Yvon Chouinard named his company ― to be made into national parks.

Her late husband, Douglas, died last December in a kayaking accident in Chile. The 72-year-old, an avid environmentalist, had lived there since retiring from the apparel industry. He founded the outdoor apparel brand North Face and the clothier Esprit. During his life, Douglas and Kris spent more than $300 million to preserve more land than any individuals in history. It’s that land Kris is now tasked with doling out to the governments of Chile and Argentina.

“They’ve really changed people’s perception of what you can do,” Amanda Maxwell, the director for Latin America projects at the Natural Resources Defense Council, told Bloomberg Businessweek in a 2014 profile of Kris. “There hadn’t been a tradition of donating land or a culture of philanthropy in Chile and Argentina in general. And wildlife conservation, like many things, is trial and error, and [the Tompkinses have] had some success.”

Part of an article from the Huffington Post published Sept 2016