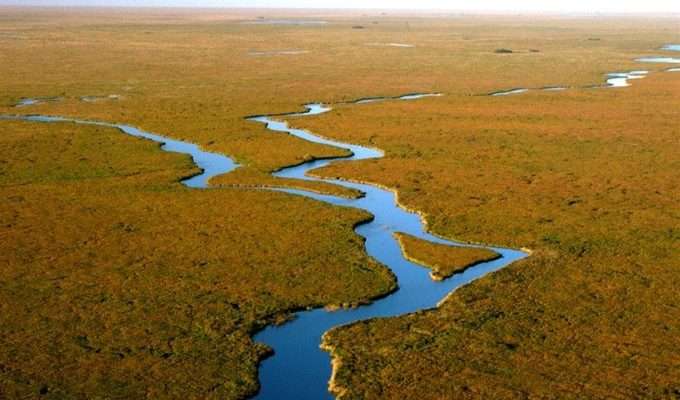 Gateway to South America on 19/02/2021 - 18:04 in All categories of countries are, Argentina Mendoza, Argentina-General, Argentine farms

Fewer and fewer farmers grow soy, grains and cereals in Argentina. Though overall exports are at historic highs, over the past three decades the country’s land laws have allowed land to become increasingly concentrated in fewer hands and dedicated to the production of a smaller range of crops, census data shows. Experts say this agribusiness model based on short-term profit disincentivises sustainable practices. The combination of intensive agrochemical use, genetically modified seeds and direct sowing without a plough has reduced agricultural diversity.

Argentina has moved from mixed crop cultivation and livestock farms to two main monocultures for export: soy and maize.  This shift, which has accelerated in recent years, is attributable to Argentina’s 1948 Land Tenure Law, modified during the military dictatorship in 1980, which permits short leases of two years, encouraging quick returns and discouraging long-term environmental planning.  According to preliminary data from the 2018 Agricultural Census, 20 per cent of farmers nationwide work rented land.

The figure rises sharply in the provinces of Córdoba, Santa Fe and Buenos Aires, the nation’s agricultural heartland. This is up from 10 per cent in 2002.  Menem buried with military honours at a ceremony in Buenos AiresCurrent legislation allows tenants to work the land without any consideration for soil conservation, crop rotation, or limits on the application of agrochemicals.

The Pampas region accounted for 94 percent of foreign sales, according to a report by the agricultural foundation FADA.  China buys most of Argentina’s soybeans, some seven million tonnes worth around US$2.2 billion. Vietnam is the main importer of maize and Brazil buys most of Argentina’s wheat.  Provisional data from the latest agricultural census provides a clearer picture of who sells. There are 236,000 farms working 161 million hectares in the agriculture and forestry sectors.

Data also shows that the number of farms is decreasing but they are growing in size. While in the 2002 census there were 333,000 farms, in 2018 there were 250,000. Just one percent of companies (2,500) control 40 percent of the country’s productive land. Agricultural capitalism According to the census, 69 percent of farms are managed by their owners, while 19 percent of fields are rented. In Argentina’s main agricultural provinces, this changes drastically. In the northern Córdoba province, only 23 percent of farms were leased in 2002 but this figure jumped to 44 percent in 2018. In Buenos Aires Province, which along with Santa Fe comprises Argentina’s agricultural heartland, approximately one-third of farms are leased, some 8.8 million hectares of the total 23.7 million.

“The picture that we see in the Pampas region since 1988 is the increasing concentration of land with important percentages of rented plots. There are more and more pools of land being rented out,” said Marisa Gonella, an agricultural engineer at the National University of Rosario.  Names like Los Grobo, Cazanave y Asociados or El Tejar have emerged in the last 20 years as important players in Argentina’s large-scale land leasing business.

According to Gonella, globalisation has allowed the entry of capital flows that overlook the region’s history of agriculture, disrupting producers who are pressured to rent. Omar Príncipe, a small family producer and former president of the Argentine Agrarian Federation (FAA), said that 40 percent of small- and medium-sized producers have disappeared since the mid-1980s, dropping “a social bomb that nobody talks about.” He added that the average land area dedicated to production rose by almost 45 percent, with a similar increase in the number of rented fields.

“We have a model of [land] concentration that is growing exponentially and went from producing 46 million tonnes to 130 million tonnes in 30 years. We have growth without development,” Príncipe said. Federación Agraria, one of Argentina’s four major rural development organisations, has called for a new leasing law that would provide tax and credit incentives and improved negotiating conditions for small and medium-scale producers, tackling the dominance of large commodity-producing companies. Short-termism vs. sustainability Working the land with no reason to ensure its long-term health has serious social and environmental consequences.

These include increased soil erosion, the loss of biodiversity, the excessive use of agrochemicals, and the end of the traditional family farmer. Soil erosion is one of the most serious. The UN Food and Agriculture Organisation (FAO) warned in a recent report that although agribusiness contributes most to the national economy, soil does not receive sufficient care and “rather the opposite”, it wrote.  The agency estimates that some 50 million hectares are affected by moderate or severe water or wind erosion, and that economic losses due to soil degradation amount to around US$700 million per year.

Erosion is particularly severe in the so-called Pampa Ondulada sub-region that consists of the provinces of Buenos Aires, Santa Fe and Córdoba, Argentina’s most fertile plain. For Príncipe, the current agricultural model encourages monoculture. While in 1988 soybeans occupied 4.6 million hectares and yielded 6.5 million tonnes, by 2015 this had risen to 20 million hectares that produced 60 million tonnes, according to the Agrarian Federation. “A leasing law would be key to protecting the soil, since one-year contracts are designed for planting pools and investment funds that come and go without sustainability criteria. With longer leases there can be more diversification,” he said.

The rural unionist calls for new legislation with five-year leases since they would encourage a greater diversity of production. “We have to think about sustainable land use, because this model, tied to a technological package that forces us to use more agrochemicals, causes erosion, health problems and loss of native forest and pastureland,” he said. Patricia Propersi, an agronomist, says Argentina’s agro-industrial model “has increasingly higher socio-environmental costs” because capital injections and the accumulation of profits “have been put above any other objective.” “What is land, just capital or a web of life? Do we prioritise investment funds or farmers? We are victims of a logic that since the 19th century has prioritised the sector as a provider of foreign exchange and a producer of commodities,” she added.

Lack of legislation For Propersi, the current tenant model dates back to 1970 when monoculture, agrochemicals and GM seeds were introduced in Argentina. Given the laws on renting, he said it is understandable that there are no rules specifying what agricultural practices can be done in rented lands.  Gonella agrees: “Leasing is a peculiarity of the Argentine model. Attempts to change the law have not progressed and most contracts are still made between the parties themselves, often even orally.” In the last 12 years, 14 attempts to modify the law on leases were presented but were not successful. The last came in 2008, with a project that sought to extend contracts to five years, give greater protection to small producers and avoid land grabbing by investors.

For Príncipe, the economic interests behind the current production model explains the failure to overturn laws. “The fact that no progress has been made on a new law shows the State’s inability to regulate land tenure and access. If there is one thing we are not talking about in Argentina, it is this,” he said. Sustainable alternatives Despite a system oriented towards short-term profit, some “rebels” are using renting fields to employ sustainable modes of production. This is the case of the Casilda Agro-ecological Project (CAPA), in which veterinarian and environmentalist Eduardo Spiaggi participates. “We rented 10 hectares from a neighbour to make agro-ecological wheat and added 11 hectares of our own,” Spiaggi said.

“The neighbour gives us his land, we work it and give him part of our production to pay for rent.” In addition to wheat, PACA produces other crops on a very small scale, such as soybeans, maize, oats and rye. There is also a part dedicated to horticultural production and fruit trees, while another accommodates cattle, sheep and pig farming.

The farm is completed with poultry and forest skirts a good part of its perimeter. The farm is located in the core zone of the industrial agriculture model, where land is concentrated in the hands of big companies and much of the housing inhabited by traditional farm workers has been abandoned. “There is a double exploitation of the fields, by the owner and by those who rent them to work them. Both parties must make a profit in order to make ends meet in a short period of time,” Spiaggi said. He believes that an entire rethink of Argentina’s agro-industrial model is required and that while it might help, a new law to address short-term land leasing is no silver bullet. “It is not the fundamental solution,” he said.