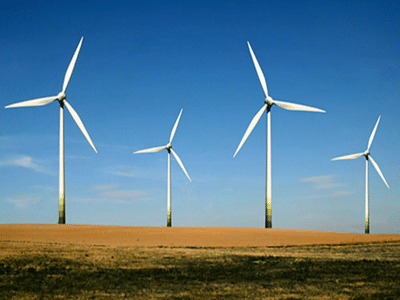 Gateway to South America on 13/03/2016 - 10:24 in All categories of countries are, Argentina-General, Argentine farms

Argentina wind resources for renewable energy are known to be  the best in the world but this isn’t something new for investors, who have kept an eye on the country for a long time to carry out solar and wind projects. Nevertheless, investments have been long delayed and the sector’s potential remains to be exploited, with less than one percent of the country’s energy matrix now based on renewables

But the situation seems to be changing now. Representatives from the world’s leading companies in renewables spent last week in Buenos Aires meeting with government officials and considering potential investments. Argentina has agreed to have eight percent of its matrix based on renewables by 2017, according to the recently passed Renewable Energy Law.

In an interview with the Herald, Steve Sawyer, head of the Global Wind Energy Council — which groups together the main wind energy companies — said he expected major investments in the country but conditioned them to the government improving the economy. At the same time, Sawyer said Vaca Muerta’s shale resources should be left in the ground.

Why did you decide to come to Argentina, after long years without any investment in renewable energy?

We and everyone else in the wind industry have always known that Argentina has the best wind resources in the world. But the business climate here has been rather difficult. There have been a few false starts. We are always looking for new markets but Argentina didn’t appear on the radar because investors have been burned here so many times. But after the elections we agreed we should give it a shot. It’s the best opportunity we ever had in Argentina

The full list includes 24 representatives from a dozen companies such as Acciona, DNV, Envision, Gamesa, Iberdrola, K2, MAKE, Mainstream and Siemens. Most of the firms are already investing in Brazil and Chile. We want to meet as many people as we can in a short period. After that, we will put together a plan.

Could we expect any investment announcements after the trip?

All the companies are interested in carrying out investments in renewables in Argentina. But whether they make investments or not will depend on the macroeconomic fix, which is in the works. If that doesn’t happen, all bets are off. The government will launch an auction in two or three months and I’m confident the companies will take part in it.

Based on your conversations with business leaders, are they confident over the changes in the country?

Everybody has wanted to invest here for a long time. But the conditions haven’t been the best ones for a variety of reasons. That’s now changing but we’ll have to see how deep the changes go and how fast they happen. The government will try to do anything possible to make it an investable country again.

Will it be expensive to develop wind projects in Argentina?

The first project won’t be cheap but after you build the market, costs will drop. Wind is the cheapest way to add new generation capacity in many parts of the world and with Argentina’s wind resources it should be here as well. It will take time to get there. Some wind farms have already been built here and there are a lot of projects in the pipeline waiting for investors.

Does the holdouts legal battle have to be solved for investments to come?

It has to be fixed. Nothing can happen until that’s fixed.

How would you describe Argentina’s potential in renewables?

The whole Southern Cone is filled with renewable resources, whether it’s wind, solar or hydro. There’s no reason why anything south of the Amazon shouldn’t be powered with a combination of the three and quickly. Brazil has done great in the wind sector and Chile is developing it as well. Brazil’s crisis could be positive for Argentina as the investors could come here instead where the wind is better

Is Patagonia the main area with potential in Argentina for wind energy?

It could be but as the technology has developed more, the resources in Buenos Aires, Río Negro and Neuquén province are also important. You wouldn’t need to start in Patagonia. Reaching eight percent of the matrix with renewables will be a challenge for Argentina. It can be done but the important thing is to build a long-term and sustainable industry.

Could Argentina reach 100 percent renewables at some point?

Sure, it could. It has the resources. The government should start shutting down coal plants and replacing them with wind, solar and hydro. There are plenty of untapped hydro resources in Argentina.

That would also mean not exploiting Vaca Muerta?

Renewables and shale can live at the same time but only up to a certain point. You can’t do both in the long term. Two-thirds of the fossil fuel reserves have to stay in the ground according to the Paris deal. Argentina signed it and has committed publicly to that.