Argentina: Walnuts and hazelnuts in the lower Valley of Rio Negro 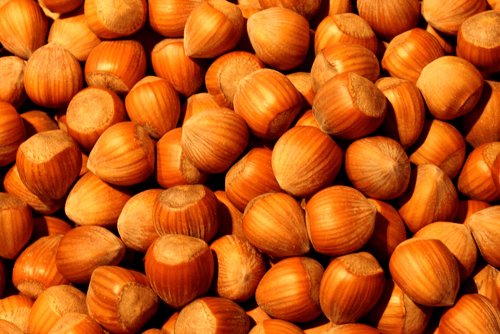 Gateway to South America on 30/05/2017 - 13:48 in All categories of countries are, Argentina-General, Argentine farms

Walnut and hazelnut crops have become the most important activities in the lower Valley of Rio Negro.

So much so that this region is the main producer of hazelnuts in the country and the biggest producer of walnuts in Northern Patagonia.

From a production point of view this season was very good; in general, producers obtained high yields and quality, mainly in hazelnuts.

This region usually has a good season when there are no late or intense frosts that affect or damage the production.

The weather conditions in spring were very favorable for the flowering and setting of the fruit, which allowed producers to obtain high production volumes.

Juan Rolka, a pioneer in the production of these nuts in the Valley, said they had a good hazelnut production, mainly of the Tonda di Giffoni variety, which had yields of about 3000 kilos per hectare with shells. Regarding walnuts, the producer said they had obtained good production volumes, both in the Chandler and Franquette varieties. This last variety, which is less productive than the Chandler, yielded 3000 kilos per hectare.

The hazelnut harvest began, as usual, in the first days of March when a large part of the crop had already fallen to the ground. For hazelnuts, this fall begins in mid-February and lasts about a month.

During this period, the weather conditions were also very favorable, as there were high temperatures and no rains to interrupt the harvest or affect the quality of the fruit. The hazelnuts collected in the fields had very low humidity (between 4% and 5%), and in many cases, it was not necessary to artificially dry the fruits.

The situation with walnuts was slightly different. Due to their vegetative cycle, these nuts detach or fall later than the hazelnuts, which also lasts about a month. During this process, there were rains that affected the quality of the fruits in some plantations (approx. 110 mm of rainfall were recorded between late March and early April). The Chandler variety was the most affected, as the nuts fell from mid-March to mid-April.

The nuts that stayed too long on the ground were affected by the soil’s moisture conditions and started losing quality (the fruits were tainted, became rancid, etc.), and in some places, there were losses due to the emergence and development of pathogens (fungi) inside the walnuts.

Another weather event that affected some plantations in the area was the fall of hail in early February, which produced wounds in different plant organs, generating major health problems (mainly bacteriosis) and in addition, caused dark spots in the walnut shell, affecting their visual quality.

In general, producers achieved interesting volumes of dried fruits this season and a very good quality of hazelnuts.