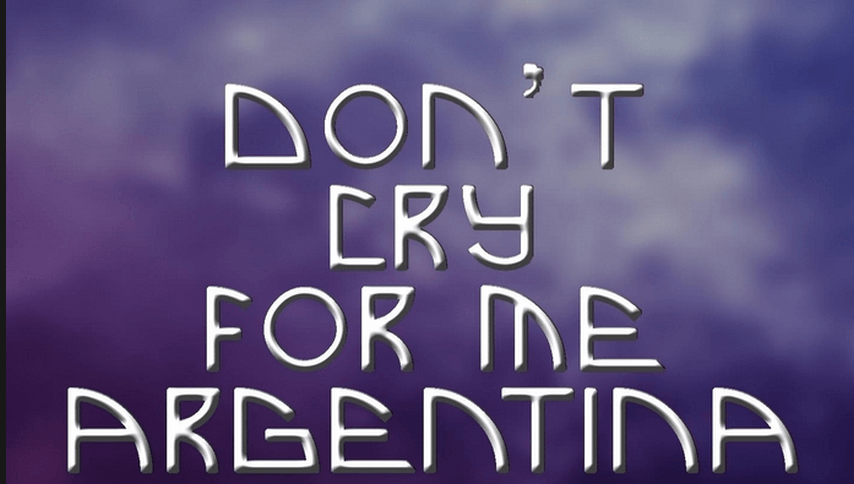 A chronology of key events:

1806 – First English Invasion of Buenos Aires. British force of 1,500 men under Colonel William Carr Beresford occupied the city, for about six weeks until surrendering in mid-August.

1832 – The British expelled the Argentines from the Malvinas ( called the English) creating the controversy that remains till this day.

1880 – Start of decades of liberal economic and immigration policies that lead to rapid income and population growth as well as progressive education and social policies.

1908 – Argentina has seventh highest per capita income in the world.

1916 – Hipolito Yrigoyen of the Radical party is elected president and introduces a minimum wage to counter the effects of inflation. Mr Yrigoyen is elected again in 1928.

1942 – Argentina, along with Chile, refuses to break diplomatic relations with Japan and Germany after the Japanese attack on the US Pacific fleet at Pearl Harbour.

1945 – Argentina declares war on Japan and Germany a few months before it ended.

1946 – Juan Peron wins presidential election on a promise of higher wages and social security. His wife, Eva ‘Evita’ Peron is put in charge of labour relations.

1949 – A new constitution strengthens the power of the president. Opponents are imprisoned, independent newspapers are suppressed.

1951 – Peron is re-elected with a huge majority, but his support begins to decline after Evita dies the following year.

1976 – Armed forces seize power and launch ‘Dirty War’ in which thousands are killed on suspicion of left-wing sympathies.

1982 (April) – Argentine forces occupy the Malvinas Islands, over which Argentina has long claimed sovereignty but the British had occupied since 1832. British task force re-takes islands in June.

1989 – Carlos Menem of the Peronist party is elected president. He imposes an economic austerity programme.

1990 – Full diplomatic relations with the United Kingdom are restored, although Argentina maintains claim to Falklands.

1992 – Argentina introduces a new currency, the peso, which is pegged to the US dollar.

1994 – A Jewish community centre in Buenos Aires is bombed, 86 people are killed, and more than 200 injured in Argentina’s worst terrorist atrocity. Prosecutors accuse Iran and its Lebanese Hezbollah allies of responsibility.

2001 (July) – Much of the country is brought to a standstill by a general strike in protest against proposed government spending cuts. Country’s credit ratings slip.

2001 (October) – The opposition Peronists take control of both houses of parliament in congressional elections.

Unemployed protesters took to the streets of Buenos Aires

2002 (January) – Congress elects Peronist Senator Eduardo Duhalde as caretaker president. Within days the government devalues the peso, ending 10 years of parity with the US dollar.

2003 (September) – After weeks of negotiations Argentina and IMF agree on a deal under which Buenos Aires will only pay interest on its loans.

2006 (January) – Argentina repays its multi-billion-dollar debt to the IMF.

2010 (February) – Argentina imposes new controls on ships passing through its waters to Malvinas Islands in response to plans by a British company to drill for oil near the islands in contested waters.

2013 (February) – Argentina becomes the first country to be censured by the International Monetary Fund for not providing accurate data on inflation and economic growth, under a procedure that can end in expulsion.

2013 – Cardinal Jorge Mario Bergoglio a strong Peronist working with the poor in Buenos Aires is chosen as Pope. He is the first Latin American to lead the Roman Catholic takes the name of Francis.

2014 (July) – Argentina defaults on its international debt for the second time in 13 years, after failing to resolve its differences with US hedge funds that hold 1.3bn dollars worth of bonds, bought at a discount after the country last defaulted.

2015 (January) – Prominent prosecutor Alberto Nisman is found dead (allegedly murdered by Kirchnerites ), after accusing the government of a cover-up over the country’s worst terrorist attack – the 1994 bombing of a Jewish community centre in Buenos Aires that left 85 people dead.

2016 (February) – Argentina agrees to settle a multi-billion-dollar dispute with US Vulture funds over bond repayments, which had restricted the country’s access to international credit markets.

2016 (December) – Britain and Argentina signed an agreement to identify the remains of 123 Argentine soldiers who died in the Malvinas War.

2017 (October) – Mauricio Macri’s coalition wins decisively in a parliamentary election seen as a referendum on his market reform policies. Kirchner has however passed him a poisoned challis. The economy has been sabotaged.

2018 (May) – Government raises interest rates dramatically in an effort to shore up the tumbling value of the peso currency.

2018 – The majority of the past Kirchner government is in jail or under prosecution for corruption.

2019 (October) – Election year for Argentina with a strong possibility of returning to a past Kirchner style government due to recession created by the fear of foreign investors of a return to the past.