Gateway to South America on 15/05/2014 - 15:42 in All categories of countries are, Argentina-General, Argentine farms 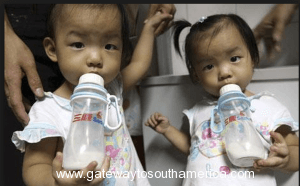 This is an interesting article featured in the South China Morning Post.

Demand for dairy products is still outstripping supply in China, resulting in a 50% increase in imports from countries like New Zealand and Chile  over the last year –

Every morning in a small village in the northeast Hulunbuir Grasslands of Inner Mongolia, retired forest worker Li Shulin and his wife get up at 5am, milk the cows in the shed, load the fresh milk on a truck, and drive to the nearby milk station to sell it to Swiss food giant Nestle, a major raw milk collector in the area.

Having raised cows for almost four years, Li feels it is getting harder to make a living as the cost of forage grows rapidly and dairy companies’ standards on milk collecting become tougher.

“The price of cow forage has risen much faster than the milk price during the past two years. Forage is now sold for 3,000 yuan per tonne already, which is nearly 20 per cent higher than a year ago,” said the 60-year-old Li.

All dairy companies have adopted stricter inspection measures when collecting raw milk since a scandal on melamine-tainted formula ravaged the nation’s dairy industry in 2008.

“Milk stations would reject your milk once they discover any suspicious chemicals or extra water in it,” Li said.

Last year, the couple earned around 30,000 yuan on 10 cattle, a level that is not as attractive as other jobs in the mainland’s thriving cities.

“Quite a number of cow-raising families in our village have quit. It’s much easier to make money by working as an employee in big cities, ” Li said. “But we are too old for big changes in our life.”

China’s dairy industry is being transformed, with up to 40 per cent of individual farmers leaving the industry over the past two years, according to industry estimates.

Domestic dairy producers like China Mengniu Dairy, Inner Mongolia Yili Industrial Group and Shanghai-based Bright Dairy are spending billions of dollars to build and invest in mid-to-large-scale farms and are seeking to expand overseas to ensure they get a safe and stable milk supply.

Demand is outstripping the milk supply.

“China’s dairy industry is in the most painful period. The top priority for every player is their milk source,” said Song Liang, a senior dairy industry analyst of the Distribution Productivity Promotion Centre of China Commerce, a Beijing-based think tank.

The milk shortage that has been spreading across the mainland market since last November shows no sign of easing. “The shortage may last for another three to five years as more and more individual dairy farmers give up cow raising while big, modern farms are still under development,” said Song, adding that a large farm would usually take nine to 10 years to recover its costs.

According to the Dairy Association of China, total milk yields on the mainland fell a record 5.7 per cent to 35.3 million tonnes last year.

The supply gap has since been filled by imported milk powder, mostly from New Zealand. Imports from that country soared 50 per cent to 854,000 tonnes last year and are expected to exceed one million tonnes this year.

A scramble for milk among dairy producers is definitely on.

Mengniu Dairy is an ambitious player in this area. It is now building eight large ranches in Inner Mongolia, Gansu, Hebei and Shandong provinces. During the past two years, it imported 14,000 cows from Australia and New Zealand and used dairy management systems from Denmark in its farms.

Last year, Mengniu also increased its stake in the nation’s largest farm operator, China Modern Dairy, by spending HK$3.2 billion to become its biggest shareholder. The company invested US$60 million in another dairy producer, Yuan Sheng Tai Farm, which is based in Heilongjiang.

“By next year, 100 per cent of our raw milk used in our products will come from the farms we built or work with,” a Mengniu spokesman said. Currently, this figure stands at 94 per cent.

The company signed partnership agreements with Dairy Farmers of America, the No1 dairy company in the United States, and Italian dairy producer Sterilgarda Alimenti during the past year. In addition, it invested 1.1 billion yuan to build a baby formula facility in New Zealand to take advantage of the rich milk resources in the country.

Also busy securing milk sources are Bright Dairy and Beijing Sanyuan Food. The former is in co-operation talks with Israeli dairy company Tnuva, while the latter plans to expand its farms in Hebei and Shandong provinces.

Foreign players including Nestle and Fonterra of New Zealand also said they would set up more farms in China.

“To acquire established farms is, of course, their primary target. But this is very difficult considering many farms in foreign countries are owned by a large number of small dairy farmers who are often reluctant to sell it. It’s also costly to transport fresh milk over long distances into China,” Dong said.

“Comparatively, it’s more common to set up a factory to take use of local raw milk resources or act as an agent for a foreign formula brand in the mainland market.”

Sadly Argentina’s dairy farmers can not take advantage of this commodity boom due to short sighted government policies that make no commercial sense to anyone.