ARGENTINA COMES OUT OF THE COLD

What a difference an election can make. Just three months after Mauricio Macri became Argentina’s new president, the country is
preparing to return to international debt markets for the first time in 15 years with a mid-April debt issuance of US$11.68 billion.

In lifting the long-standing injunctions that led Argentina to default in 2014, U.S. District Judge Thomas Griesa noted that, “President Macri’s election changed everything.” 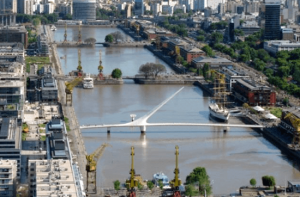 Owners of the remaining 7 percent sued in federal court in Manhattan for full restitution. In June 2014, Griesa barred Argentina from making payments to investors holding so -called “exchange bonds” until it had repaid the holdouts.

Macri’s predecessor, Cristina Kirchner, refused to do so, and the country defaulted again in 2014. But Macri’s new government began negotiations with the holdouts at the beginning of February and has signed agreements with investors representing 85
percent of pari passu plaintiff’s claim, at a total estimated cost of $7.7 billion.

Encouraged by the progress, Griesa agreed to lift his injunctions against repaying the exchange bondholders on two conditions.

First, the Argentine Congress must revoke two laws–one prohibiting the government from offering better terms to the
holdouts than exchange bondholders received, and another that sought to allow Argentina to pay exchange bondholders if they moved their bonds from the United States to Argentina or France. Second, Argentina must actually pay holdouts who agreed to settle by February 29.

Macri has urged the Argentine Congress to pass the necessary legislation to meet Griesa’s conditions, and Credit Suisse’s
economists believe legislators will do so by early April, paving the way for a new bond issue shortly before an April 14 payment
deadline. Argentinian politicians have said the country could raise as much as US$15 billion when all is said and done, with some of that money going to pay debt and interest and some for deficit reduction.

But that first issuance should only be the beginning. Argentinian provinces and businesses are also lining up to sell bonds.

Will there be enough demand? Credit Suisse believes so. Dedicated emerging market investors are still underweight Argentinian debt, and better economic prospects compared to other Latin American countries–Credit Suisse expects Argentina’s GDP to grow 3.7 percent in 2017, compared to 1.0 percent in Brazil, 3.0 percent in Chile, and 3.3 percent in Colombia–make the country’s bonds worthy of new consideration. Argentina’s weighting in emerging market bond indices will also increase as it issues more debt, another source of potential demand.

Existing bonds have rallied over the last two weeks, but Credit Suisse analysts believe euro-and dollar-denominated discount
bonds–those that took the largest haircuts in the 2005 and 2010 exchanges–still offer some upside. The bank’s analysts also see
value in GDP warrants, which offer additional payments to bondholders if economic growth exceeds certain targets, that
Argentina issued in 2010 to investors holding defaulted bonds. Credit Suisse doesn’t expect economic growth to trigger a payment
until 2017, but notes that yields are higher on the warrants than on the country’s sovereign debt and Argentina’s economic
prospects are improving under the Macri government.

Beyond bringing the country out of capital market exile, Macri’s administration has reduced subsidies to utility companies and eliminated thousands of public-sector jobs in hopes of reducing the deficit from 7.1 percent of GDP to 4.8 percent this year. Macri also lifted capital controls in December, causing the peso to depreciate 35 percent against the U.S. dollar, and scrapped export taxes on agricultural products. The measures are expected to help farmers sell their crops and fuel foreign investment, bringing in more foreign currency to shore up the country’s shrinking reserves.

The devaluation is having less of an effect on inflation than in 2014, when the central bank dialed back its defense of the peso out of concern for dwindling foreign exchange reserves. Even so, Credit Suisse economists believe that annual inflation will likely come in at more than 30 percent in February. Whether it slows from there largely depends on wage negotiations with the country’s unions. The bank’s analysts say that if inflation is to fall, it is crucial that negotiations keep annual wage increases below 30 percent. The coming months will be a crucial test of the administration’s reforms, but Credit Suisse’s Argentina economists say the country is on the right track to returning to economic normalcy.

(The following article was written by Ashley Kindergan and was published in The Financialist on March 10, 2016)