Argentina is the worlds 5th largest exporter of Olive Oil 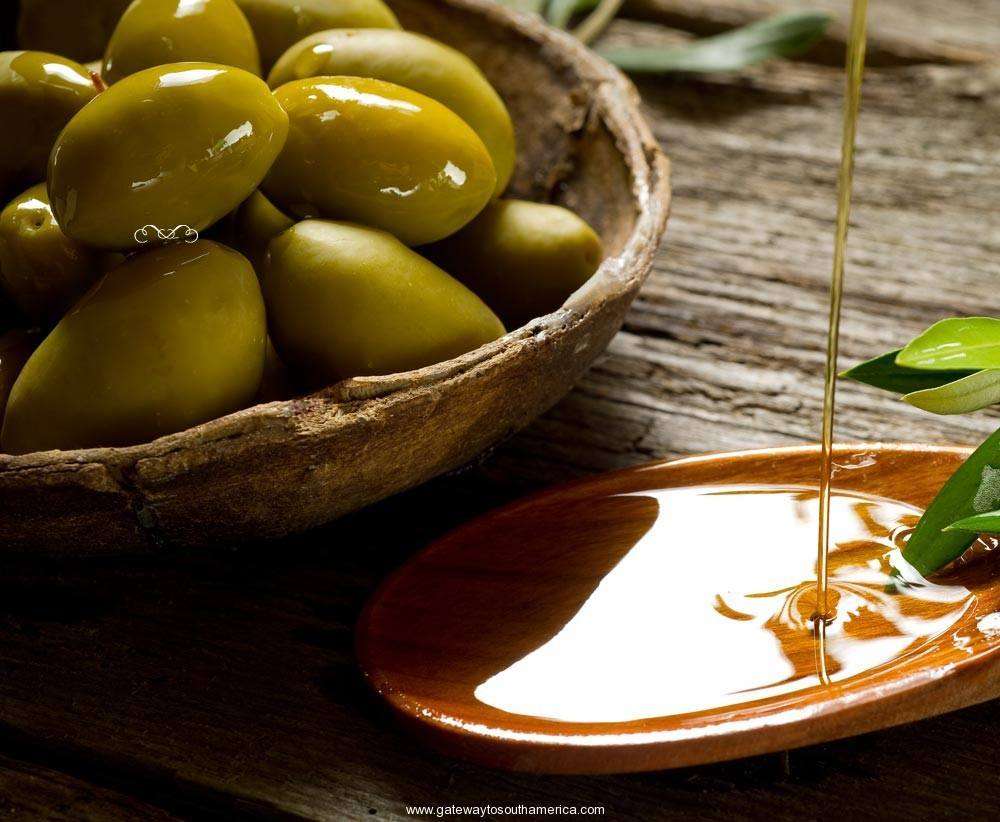 Gateway to South America on 30/04/2018 - 08:18 in All categories of countries are, Argentina Mendoza, Argentina-General, Argentine farms

The bulk of the olive oil produced in Argentina is extra virgin grade. The industry provides direct employment for more than 15 000 people and an estimated 45 000 indirect jobs. Much of the production we are told is exported in bulk to the Northern Hemisphere where it is blended, relabelled and sold under those importer’s brands.

There is a wide diversity of varieties that Argentina produces. A lot of European varieties are grown here as the climate and latitude* makes Argentina a perfect place for olive cultivation. Olives can grow between latitudes of 35˚ and 45˚, in both Southern & Northern hemispheres.

Today, Argentina is the biggest producer of Olive Oil in South America with 100 000 ha planted, 21 million trees and over 100 olive presses.

World consumption of olive oil increased 1.8 fold in volume between 1990/00 and 2015/16. As can be seen from Chart 1, this upward movement has been located primarily in Non- International Olive Council member countries whose share of world consumption climbed from 11 pc to 24 pc between the start and end years of the reporting period. In 2015/16, the volume of olive oil consumed at world level looks set to be around 4.6 pc higher than in 2014/15. 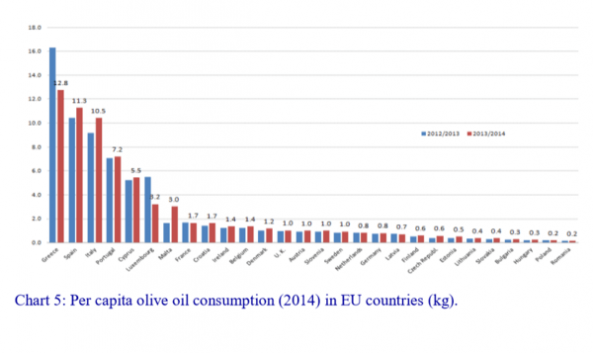 Argentina may be the 5th largest exporter of olive oil in the world but has a limited local market. In fact, their annual domestic consumption is a little less than 260 mils per person which is similar to Poland. In comparison in terms of consumption per capita, the Greeks set a shining example, with an average of more than 24 litres/person/year. 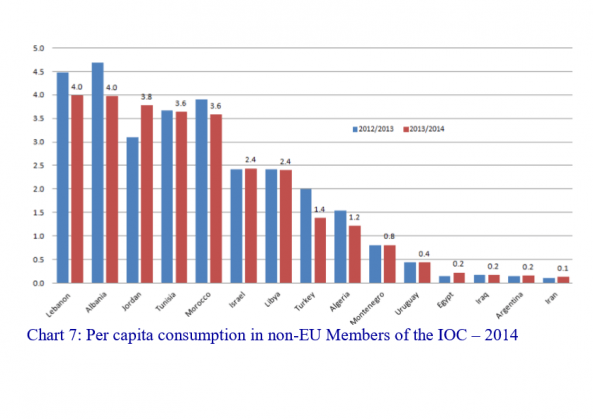 The next runners-up are the Spanish and Italians, who use an average of about 15 and 13 litres/person/year, respectively. When compared to North American averages, about 1 litre for Americans and 1.5 litres for Canadians, it is easy to see that the growth potential locally is enormous. 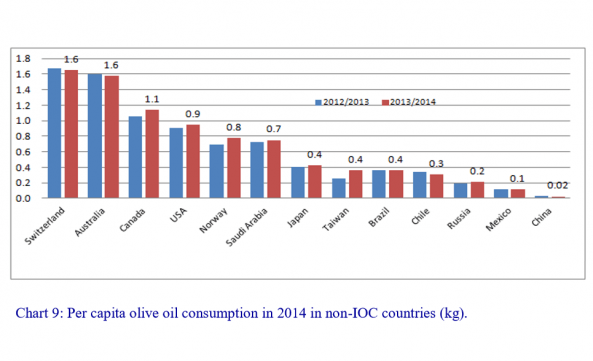 However, in terms of consumption by country, the United States is actually the third largest consumer of olive oil in the world, consuming about 9% of global olive oil production. This is still small compared to Italy (21%) and Spain (19%) but is just ahead of the olive-oil-loving Greeks, who despite such high consumption per capita, only account for about 7% of total global consumption.

Not all olive oil is the same.

There are many misconceptions and misunderstanding in regards to olive oil. The different grades of olive oil and associated standards are defined by the International Olive Council. ( IOC )

To be certified for the “Extra Virgin” label, an olive oil:

1. Must come from the first pressing of fresh olives, normally within 24 hours of harvesting.
2. Must be extracted by non-chemical, mechanical means, and without the use of excessive heat, specifically below 28C.
3. The free fatty acid or acidity level must be less than 0.8%.
4. It must be defect free – having a perfect taste and aroma.

3. Refined Olive Oil
These are olive oils that have been refined by using agents such as acids, alkalis, and heat to extract as much oil as possible from the olive pulp that remains after the first pressing. The result is a fattier and more acidic oil which lacks taste, aroma and natural antioxidants. This is why producers need to add unrefined Extra Virgin or Virgin olive oil to impart some flavour, colour and aroma into the blend.

4. Olive – Pomace Oil
The lowest grade of olive oil made from the byproducts of extra virgin olive oil production. Olive skins, seeds and pulp are heated and the remaining oil is extracted using hexane, a solvent. The result, pomace oil, is then put through the refining process, similar to pure or light olive oil. Pomace olive oil is bland and extremely low in antioxidants.

5. Lampante Oil
Oil with severe defects, usually from bad fruit or poor processing practices. It is not fit for human consumption until it has been refined. In decades past it would have been used for lighting lamp oil hence its name.