Argentina has a high level of Road Deaths 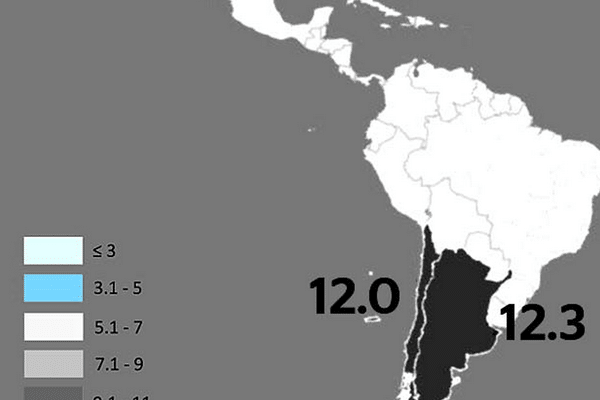 New Zealand has recorded the sharpest increase in annual road deaths of a group of 28 countries in an international study.

The number of fatalities increased 16.1 per cent last year compared to 2013, the worst among eight countries whose record has deteriorated in the International Road Traffic and Accident Database.

New Zealand took over the presidency of the ITF today and Transport Minister Simon Bridges said the rise was disappointing.

“What we know is those numbers aren’t just numbers, they represent lives,” he said.

The 2014 data showed 15 countries in the study had a fall in road deaths, five remained around the same and eight had an increase. The steep rise in New Zealand followed a 17 per cent fall in fatalities between 2013 and the following year.

All this even though the driving age had been increased, tests made harder, drink drive limits lowered and the rules changed around children’s car seats. What is happening here ?

The forum said that the figures are still provisional and one country, Malaysia which had the worst death rate in the figures released last year, is not in the survey this year.

The international trend shows road deaths falling by 42 per cent among countries surveyed since 2000 by IRTAD, the permanent working group on road safety at the ITF.

The economic downturn which started hitting most countries since 2008 has had a substantial impact in the reduction of fatalities. Modelling work by the ITF shows that it contributed to two-thirds of the reduction between 2008 and 2010.

The IRTAD countries with lowest road mortality rates are in Europe with Britain as well as Sweden recording fewer than three fatalities per 100 000 inhabitants in 2013. In some member countries, however, this rate is still in excess of 10.

“Although substantial overall fatality reductions have been achieved since the year 2000, the pace of improvement for vulnerable road users is lower than for car occupants.”

While fatalities among car occupants were reduced by 54 per cent between 2000 and 2013, decreases were only 36 per cent for pedestrians, 35 per cent for cyclists and 22 per cent for motorcyclists.

As a result in many countries, road safety priorities have recently shifted from motorised rural traffic to vulnerable road users in urban areas.

“The encouraging results achieved in IRTAD countries should not hide the fact that every year 1.3 million people are killed and tens of millions are injured, Ninety per cent of them in low and middle income countries.