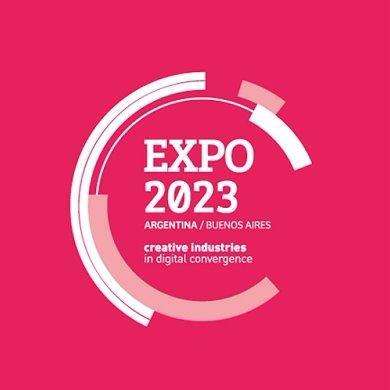 The convergence between contents, networks, distribution platforms, and technological applications as well as meeting with creative-based industries and activities are the backbone of the new economy.

Showing the value of the ideas in an economy where minds and brains compete one another is the target.

The country has a wide experience in organising commercial shows and exhibitions, and its cultural, scientific, and technological richness is well-known around the globe.

Argentina is ready and in outstanding conditions to be the first host of the region.

Becoming the venue of the Expo will give continuity to a series of big events the country is ready to host, among which the following are coming in the short term:

Argentina is a Country that has reinvested itself

Argentina is one of the largest economies in Latin America. The country is experiencing an economic change that promotes sustainable economic development and integration into the global economy.

The 3rd largest economy of the region with a GDP of USD 586,000 million (behind Brazil and Mexico).
The 2nd highest GDP in terms of PPP (USD 22,600, behind Chile).
The 4th country of the region in terms of inhabitants (43 million).
The 8th country in the world (2,8 million km2) with 53 % of cultivable land and a big coastline of 4700 km.
The 2nd country in Latin America in penetration of mobile phone system, and the third in broadband Internet penetration (World Bank, 2012).
The 2nd country with highest connectivity in Latin America (65% of Internet users).
Argentina takes pride in its extremely high literacy rate (98%) and a higher life expectancy than the rest of the region (76 years of age).

It is Argentina’s largest urban conglomeration and one of the most populated South American cities. It is divided into 48 neighborhoods, organized in 15 municipalities. Far and wide, Argentina’s records of successive migrations (internal, from Latin American countries, and Asia) shaped Buenos Aires as a cosmopolitan and vibrant city, rich in cultural diversity.

Cultural Capital of Tango
Buenos Aires is the birthplace of tango. The magic of its melodies is felt in each corner of La Boca, San Telmo, Abasto, Boedo, and Almagro neighborhoods, making visiting tourists from all over the world fall in love with the City. Taking tango classes, seeing a show or participating in the Tango Buenos Aires Festival y Mundial is just one of the options to experience the 2×4.

Creative power plant
The design, art, and contents produced in Buenos Aires are observed from all around the world thanks to their creative capital. In 2005, the city was declared by UNESCO as part of the Creative Cities Network in the design field. The different economic districts of the city (Audiovisual, Arts, Technology, and Design) are just one of the reference points where the production of contents and creative services are concentrated.

Literary Buenos Aires
Buenos Aires is the city with the highest number of bookshops worldwide in relation to its population: 25 bookshops every 100,000 inhabitants. In this way, it surpasses other cities such as Hong Kong (China) with 22, and Madrid (Spain) with 16. And the city not only leads the ranking in this category but also ranks seventh in the number of libraries.