Argentina – Brazil – Chile – The Bioceanic Corridor, the key to reach the Asian markets 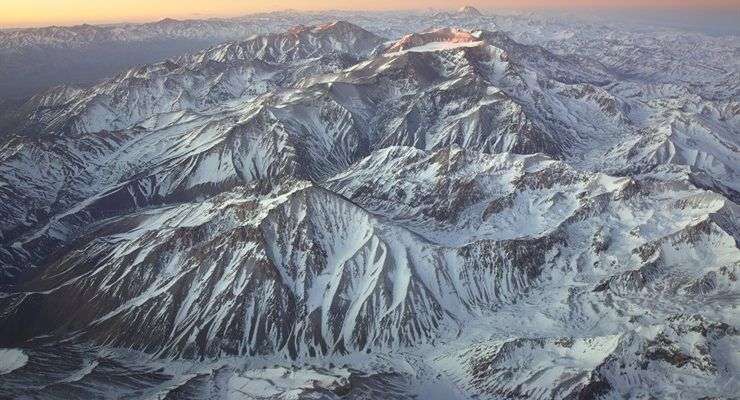 After more than two decades of being projected, the authorities say that now at the end of this year the contract for works of the new tunnel that will cross under the Andes Mountain Range will be awarded.

At the end of this year, the works of the Aguas Negras tunnel will be awarded, It took more than two decades as a project, which will allow crossing through the heart of the Andes mountain range going from San Juan along Route 150 to Coquimbo (Chile) to exit through to the Pacific coast. The work, long claimed by the provinces of the central region and Cuyo and by governor, is key to the integration, but it is not the only thing that is required. Experts emphasize that the crucial aspect is to move towards bi or trinational products. That is, goods manufactured between Argentina, Chile and Brazil. 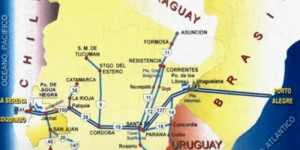 The Minister of Infrastructure of San Juan, Julio Ortiz Andino, explained that the process of prequalification of the companies would be completed in May 2018. “The Tender would be later this year or early next,” he said. The investment is US $ 1.5 billion and is undertaken bi-nationally; Argentina paying for 70% and with Chile paying the remaining 30%. The IDB has already given over 300 million USD to begin the tunnel. The tunnel will have two galleries of 13.9 kilometers long, which will shorten the distance of the current route by 40 kilometers and will allow the passage of cars and cargo trucks throughout the year unlike the current road route which is often closed by snow during the winter. It is 4,785 metres high.

Raúl Hermida, economist and former director of the Economy Institute of the Stock Exchange of Córdoba, was one of the first promoters of the idea. “Integrating with the world does not mean doing it only at the country level, but from the provinces and municipalities and the best way is through the regions,” he explains to the nation. “The bioceanic corridor joins the third to the seventh region of Chile, South of Brazil, Uruguay, Paraguay, Bolivia, Cuyo and the central region “. 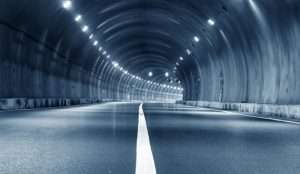 Businessmen and officials remember that the idea began in 1996 and that, since then, “little was done”. They understand that now, with the physical work about to begin, the conditions are in place to accelerate regional competitiveness programs and the value chains. The objective is not that the Chilean ports (the axis will be that of Coquimbo) compete with Rosario’s, since the specialists emphasize that taking grain through the Pacific is not the best; instead, they do point to value-added products.

Laura Rópolo, an economist and public-private mediator who has been involved since the beginning of the project, insists that “the potential from the complementation is enormous, that is to say” to articulate business to and from Asia. “Chile has a very important commercial platform and that helps to strengthen our own companies”.

The executive director of the Business Forum of the Central Region, Maximiliano Mauvecin, recalls that in 2014 – when the idea of ​​the corridor was “ironed out” – they put it back on the agenda and, among private parties, created the Central Bioceanic Corridor network. “We share experiences, trade missions, business rounds, because we understand that the initiative must be prioritized because it is the most direct and closest option for integration with Asia.”

Norberto Delfino, president of Servelec -a Cordoba electrical systems factory that set up in Chile a year ago- and ex head of the Chamber of Foreign Trade of Córdoba, contributes that the ideal would also be to advance a railroad that crosses the area and, in particular,  “adequate legislation that simplifies customs issues”.

“The most important thing is the political decision to move forward so that the system works, we must work so that in the logistics corridor is a productive processes that is integrated, adding value at different points,” he says.

Although the distance from Córdoba to Coquimbo, for example, is greater than that to Rosario, it is covered much faster, Chilean ports are “more economic and more executive” and have “more competitive” maritime costs. In this line, Mauvecin points out that “between times and costs the equation is much more favorable for some sectors than others”. ie better for high value goods.

Hermida describes that when leaving the Pacific for value-added products, a competitive improvement should be added to that of the Atlantic. “You have to dredge the lower Paraná to optimise barge and shipping options and operate the Salto Grande and Itaipú locks to take advantage of the current waterways that have had maintenance postponed for a long time.”

It agrees with Rópolo that the 26 trade agreements that Chile maintains with 64 countries (representing 65% of the world GDP) is a platform that can not be missed; they understand that it is a possibility for Argentine companies to expand and install subsidiaries in Chile in order to reach multiple destinations with zero or very low tariffs.

“This opportunity is a win-win equation,” Rópolo describes, “there are already some 30 companies in San Juan taking advantage of it and, with more integration, it adds more scale and First World standards, which is a key step to get out of Argentina’s virtual land locked interior.”

The Coquimbo-Porto Alegre Central Bioceanic Corridor is a communication route of 2,472 kilometers between the Pacific and the Atlantic that covers 5.4% of the South American surface. It unites the IV Region of Chile, San Juan, La Rioja, Cordoba, Santa Fe, Entre Ríos and Corrientes in Argentina and the State of Rio Grande do Sul, in Brazil. 94% of the corridor is paved; the difficulties – which are now being worked on – occur on the border between Chile and Argentina, which generates a bottleneck.

It is grand project that will revolutionise trade and commercial options for a number of countries.