✔ Argentina an exception to an expected South American Slowdown 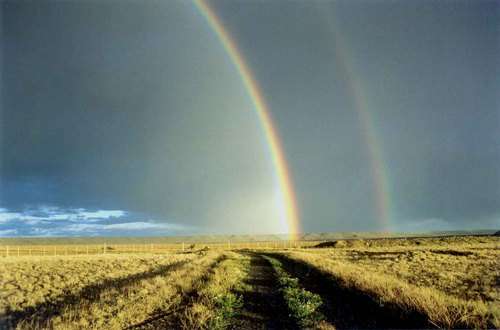 BRASILIA — The worst recessions in the world this year will take place in Latin America, with little room for policymakers to try and avoid them as global commodity prices flounder, a Reuters poll showed yesterday.

Economists slashed growth forecasts for most of the region in a survey conducted January 8-13 compared with an October poll. Argentina was the exception as it was the only Latin American country in the poll to have its growth outlook revised higher.

Venezuela, with an expected catastrophic economic contraction of 4.8 percent in 2016, and Brazil, set to shrink 2.8 percent, had the weakest outlook by far among all seven Latin American countries covered in the global poll.

The intensity of Brazil’s downturn, with no parallel in the country’s history, has sent the government of President Dilma Rousseff to the brink of collapse and shocked investors who had poured funds into the world’s seventh-largest economy until very recently.

“Instead of a budget surplus, Brazil had a deficit. The recession, started almost a year ago, only deepened,” said José Francisco de Lima Gonçalves, chief economist at Banco Fator.

“Rating downgrades were the inevitable consequence of the trends in place, and of promising the impossible.”

Other Latin American countries are in for another tough year as their economies struggle with weak Chinese demand for their raw materials.

Growth forecasts for Chile, Colombia and Peru, exporters of metals and oil, were revised lower, and yet there were no expectations for any monetary stimulus from central banks as a historic drop in their currencies has kept inflation above the official targets.

“Colombia is in a much more fragile position than a year ago, more vulnerable to external shocks and without as many policy tools,” Credit Suisse economist Juan Lorenzo Maldonado wrote in a research report.

Fiscal policy is also unlikely to provide support. Lower commodity prices have dented tax revenues, most notably in Venezuela, hit by a plunge of more than 70 percent in the price of oil over the past year and half.

Brazil’s Rousseff is likely to defeat impeachment attempts and stay in office through the end of her term in 2018, according to seven economists in the poll who responded to an extra question. They estimated the odds of Rousseff not finishing her term at 30 percent, despite the worst recession since at least 1901.

Economists forecast the national unemployment rate to rise to 11 percent this year, from nine percent at the latest reading, and the primary budget deficit to stay at 1.0 percent in 2016 — well short of the government’s target for a surplus.

The brightest spots in Latin America were Mexico and Argentina.

Mexico’s growth has picked up to the fastest in two years in the third-quarter while inflation fell to a record low, helped by government efforts to spur competition. Mexico’s growth remained unchanged in the poll at 2.8 percent.

The wide gap between the inflation rate in Mexico and elsewhere in Latin America should narrow a bit in 2016, but not totally. A recent drop in the Mexican peso should probably start to have a more meaningful impact on consumer prices, pushing the inflation rate up to 3.3 percent at end-2016.

Brazil’s inflation rate, now above 10 percent, is forecast to ease to 6.8 percent as the recession bites.

Argentina, in turn, was the only Latin American country in the poll to have its growth outlook revised higher. The small upgrade to estimated growth of 0.3 percent from 0.1 percent previously means it remains dangerously near recession.

“We are convinced that there will be a significant improvement in the quality of policymaking in Argentina,” HSBC economists Javier Finkman and Jorge Morgenstern wrote in a report. “Yet investors should not underestimate the difficulties of the transition.”