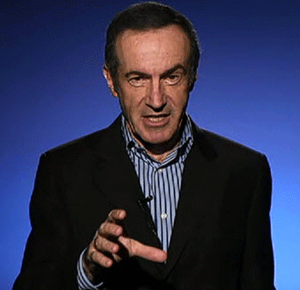 Andres Oppenheimer: As we anticipated in a recent column, the International Monetary Fund and the World Bank have just released pretty grim economic forecasts for Latin America in 2015. But the truth is, only three big countries will do badly — and the rest of the region will do pretty well.

Both the IMF and the World Bank, which held their annual meetings in Washington, D.C., last week, estimated that Latin America and the Caribbean will grow by a meager 2.2 percent next year, one of the region’s worst performances in the past 15 years.

The headline of the IMF’s regional outlook for the region referred to “challenging times,” and one of its first subchapters forecast “dimmed prospects” for the region.

But if you take the three worst performing countries — Venezuela, Argentina and Brazil — out of the equation, you get a totally different picture. Their economies are so big that they distort the entire picture, dragging down the remaining 28 countries included in the studies when economists do a simple average of the region’s growth.

After the figures were released, I asked the World Bank to calculate what the region’s growth would be without taking into account the weight of Venezuela, Argentina and Brazil.

The resulting figure depicted a much brighter outlook: It showed that Latin America without the three under-performing countries would grow by 4 percent for next year. That’s more than how much the United States, Europe and several regions of the developing world are expected to grow next year.

According to the World Bank’s projections, Brazil — Latin America’s biggest economy — will barely grow by 0.5 percent next year, while Venezuela’s economy will shrink by 2.9 percent, and Argentina’s will contract by 1.5 percent.

International financial institutions use highly technical — often unintelligible — words to explain the differences among the various Latin American economies, but I would divide the region as follows:

? Financially responsible countries: They include Mexico, Colombia, Peru, Chile, Panama, Paraguay and most countries in the region, which try not to spend more than what they earn, and seek to save for a rainy day. Most of them are projected to show healthy growth rates next year and beyond.

? Financially irresponsible countries with luck: They include Ecuador and Bolivia, which have followed Venezuela’s steps nationalizing companies and taking other anti-business measures, but started doing these things much more recently. They are relatively lucky, because the world is awash with cash looking for short-term high yields, and they can still get some speculative investments to keep their economies going.

“Ecuador and Bolivia are accidents waiting to happen,” says Bernal. He added that Ecuador, for instance, has used the proceeds of expropriations and defaults on public debts to generate a mirage of prosperity.

“Why does Ecuador have better roads than Colombia? Because Ecuador defaulted on its public debt in 2008, and expropriated Occidental’s oil fields, and used the money to build roads,” Bernal says. “But nobody is investing a penny in Ecuador’s industrial sector, because everybody knows how this story will end.”

? Financially irresponsible countries that have run out of luck: Prime examples are Venezuela and Argentina. They grew a lot thanks to record high world commodity prices in the past decade, and embarked on populist spending sprees. But now, with falling commodity prices, the fiesta is over, and they are bankrupt.

My opinion: The IMF and World Bank’s depressing forecasts for Latin America shouldn’t be a reason to be pessimistic about the whole region. They are largely a reflection of Brazil, Argentina and Venezuela’s dismal economic prospects.

What should be far more worrying would be if the entire region failed to learn the lessons from the economic collapses of Venezuela and Argentina: that populist policies generate pan para hoy, hambre para mañana (bread for today, hunger for tomorrow), as has become evident by now.

The real story about the just released regional economic projections is that there are several Latin Americas, and only one of them is doing badly.