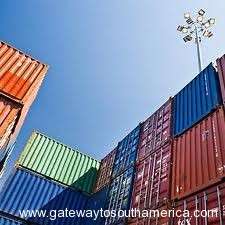 At the time of writing this message I am half way through a month-long visit to Latin America and have already spent time in Colombia, Peru and Panama. It has been a hectic, but very productive visit and if I had to sum up my findings so far in one word it would be “opportunity”.

Each of these markets is different, but they are amongst the fastest growing markets in Latin America and, from an Australian perspective, are linked
by the fact that they have mining sectors that are receiving substantial inward investment and have a need for many of the inputs that Australian mining equipment, technology and services companies have to offer.

However, mining and related activities are not the full extent of the opportunities that are on offer and, if Australian business wants to extract maximum benefit from the ongoing development of these and other Latin American markets, it needs to awaken to the primary driver that underpins the growth story and that augurs very well for the long-term prosperity of the region. This is the rapid and sustained expansion of the region’s middle class.

The Latin American middle class has been estimated at somewhere between 230-270 million individuals and growing. One commentator believes that it is likely to “account for approximately 43% of the region’s total population by 2020”. Brazil alone is said to have expanded its middle class by 25 million during the 2000-2010 period.

If the above forecast increase is realised it will represent a significant economic boost, with the same commentator stating that “the expenditure from this sector will increase by 51% in 2020”.

The enhanced purchasing power of this sector of the population is growing their capacity to satisfy their needs and, increasingly, also their wants, affording them access to goods that were outside their reach in the past. This shift to satisfying ‘wants’ once basic needs have been met is where Australia will find opportunities.

There is no reason why Australia cannot become an important tourist destination for Latin America’s middle class and, on the back of significantly increased air services, a viable stopover for travel between South-East Asia and South America.

He went on to add that Aerolineas Argentinas flights out of Sydney and Qantas’ and LAN services to and from Santiago are also contributing to ‘exponential’ growth from the market. McEvoy explained that “There’s new opportunity that’s yet untapped”. But that is only the tip of the iceberg. With proper marketing and appropriate distribution channels, there is no reason why Australian products cannot capture of larger share of the ‘wants’ of Latin America’s middle class. These could range from wines and beers, to fashion and related accessories, from iconic foods to technical equipment. The enhanced buying power of the middle class means that we can now focus on selling goods and services that do not have to compete on price alone and this is where the variety and quality of Australian products comes into their own.

However, my elation at seeing so many exploitable opportunities in the region is tempered by my frustration at how slow most
Australian businesses are to engage with the region.

Our lack of understanding of the region is still pronounced and where it does exist we tend to focus on the ‘safe’ bet, which for most companies means Chile. With a AA credit rating, OECD membership, a newly implemented double-taxation treaty with Australia in force, acknowledged gateway status into South America and perhaps the most transparent and user-friendly operating environment, this is not surprising and I am not suggesting that Chile does not deserve its ‘celebrity’ status.

Chile continues to hold very good opportunities for Australian business, but in some sectors it is really a developed economy, with the consequent higher entry and operating costs, and an increasingly competitive environment.

In contrast, my recent visit to Peru has highlighted to me that this could well be the ‘next’ Chile, if it is not already so in many respects. The growth and physical improvement of Lima is nothing short of spectacular. At the same time, the Peruvian economy has now enjoyed over a decade of sustained growth and the investment pipeline that is in place for the mining and other sectors suggests that the growth will continue for quite some time and at a strong rate.

Using the Chilean experience as the yardstick, it could be said that Peru lags Chile by say 5-10 years. If that is the case, we only need to see the direction taken by Chile to identify where the best opportunities are likely to arise in Peru, because in so many ways it is headed in the same direction.

When it comes to Peru, Australian business will be missing a golden opportunity if it fails to target the country’s needs anddevelopment in areas as diverse as water quality and distribution, real estate and infrastructure, general education and technical training, funds management and capital markets, to name a few.

An analysis of Colombia yields similar conclusions as to its potential, but with certain modifications to reflect its stage of growth and the specific characteristics of its market. With a population well over twice that of Chile, with strategic positioning on both the Pacific and Atlantic coastlines, and with plenty of scope for rapid growth following the improved security status, Colombia has all of the elements to become a much greater player in the Latin American economic sphere.

I will leave my evaluation of Panama’s potential for the next edition, but rest assured that it too holds hidden gems for Australia. For whichever market or sector we choose to focus on, Australia has to invest in finding and building a pool of human capital that can lead the charge towards greater social and economic engagement with Latin America. Despite the growing prevalence of English as an international language, Australia needs a large team of talented professionals who speak Spanish and Portuguese and who understand the cultural niceties of operating in Latin America.

We should not underestimate the important of successfully bridging the language and cultural divide if we want to extract maximum benefits from our dealing with Latin America.

As well as having such a workforce, we also need opinion leaders who are conversant with the Latin American markets and who can contribute to the community debate about why Latin America should figure more prominently in Australia’s international agenda. People to people links are an essential cornerstone of success and we are currently well short of where we need to be in this regard.

We must do more to put Latin America on Australia’s radar. Not doing so will have a cost, namely the opportunities that we will forgo because of inaction or insufficient action.