An Alpine Retreat in Argentina’s Patagonia 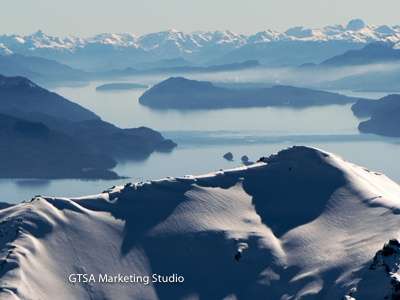 Gateway to South America on 21/08/2022 - 10:21 in All categories of countries are, Argentina Lifestyle, Argentina Mendoza, Argentina-General

Home to roughly 100,000 permanent residents, the popular mountain retreat includes Catedral Alta Patagonia, one of the largest and most developed ski centres in South America. Nestled within Nahuel Huapi National Park, Catedral Alta Patagonia spans 3,000 scenic acres across the foothills of the Andes. From June to mid-October, it’s 34 lifts transport 29,000 skiers an hour to groomed and off-piste runs reaching an elevation of 6,900 feet. Those who love summer activities tend to visit from December through March to hike, fly-fish and cruise the region’s myriad mountains, lakes and rivers.

“People love Bariloche because it looks and feels like an alpine village, but it comes with world-class adventure activities at a fraction of the price,” said Juan Pablo Reynal, an Argentine-American whose father, William Reynal, owned the ski resort for more than 20 years.

Bariloche’s charming European character has its roots in the Germans, Swiss and Italians who immigrated to Argentina beginning in the 1800s, with a surge after World War II.

During the country’s economic collapse in 2001, Juan Pablo Reynal was among the first to purchase land in the Arelauquen Golf & Country Club, an exclusive, 650-acre private development surrounded by a nature reserve of nearly 750 acres next to Lake Gutiérrez.

The current exchange rate has made the average homeowner fee of 40,000 Argentine pesos per month effectively much lower for overseas buyers. The official exchange rate is about 80 pesos to the dollar, but the parallel exchange rate used by foreigners when they buy pesos in Argentina is now above 160.

“The neighbourhood is popular with ex-pats because it has 24/7 security, high-end amenities and amazing views,” he said. “It’s also 15 minutes from the airport and downtown and 10 minutes from the slopes of Cerro Catedral, which makes it a really convenient place to live.”

Mr Reynal frequently rents his five-bedroom home in Arelauquen on Airbnb. His most recent tenant was a family of four from Southern California that spent a year in Bariloche.

“We wanted our children to experience a culture different to that of the U.S.,” said Todd Rohm, the father in the family. “The kids really enjoyed it, especially their friends in the community.”

His children attended a local primary school. “Argentina’s private schools offer a different philosophy on teaching, as compared to our experience in the U.S. public school system,” he said. “The U.S. is all about testing and rankings, and here they want to give kids a much broader, well-rounded education.”

Flavia Perez’s teenage son, Pablo Perez, grew up travelling every winter from São Paulo, Brazil, to Bariloche, where he learned to ski and snowboard. The family’s four-bedroom, 2,900-square-foot home, valued at $810,000, was bought by Ms Perez’s former husband in 2009 as a quiet place to write.

“Everything in this house is about the view,” she said.

Wraparound floor-to-ceiling windows offer panoramic views of Lake Gutiérrez and towering Andes peaks from most rooms in the house. Après-ski, she and her son enjoy the facilities in Arelauquen’s clubhouse, including the hot tub, restaurant and billiards table. When the residence is unoccupied, Ms. Perez rents out the house for approximately $450 per day.

A Buenos Aires resident, Cecilia Martínez grew up camping in Bariloche with her parents, who eventually built a retirement house on the nearby Llao Llao Peninsula. In 2004, Ms Martínez and her husband, Eduardo Lombardi, decided to look for their own property for vacations with their three daughters.

Ms Martínez fell in love with a 1.5-acre lot in Arelauquen that has a babbling brook fringed with wild daisies. The couple purchased the land for $500,000 and enlisted the Buenos Aires-based architecture studio Cociffi-Cociffi-Agazzi to design the residence.

The result was a five-bedroom, 10,000-square-foot house that cost $2 million. Divided across two floors and three sections, the house is linked by two vestibules, one of which features a glass floor hovering over the stream.

“It’s so silent here; when you open the windows, you can hear the water flowing,” Ms. Martínez said.

Every room offers sweeping views of the lake and mountains.

“The landscape is the protagonist of this place,” said Estela Cociffi, a principal architect of the project.

The central part of the house features a double-height, open-plan kitchen and a living and dining area anchored by a large fireplace. Five bedrooms and a yoga room with a sauna are in the north wing; the south wing is fitted with a game room, a media room, a large barbecue area, a wine cellar and a ski storage room.

Ms Cociffi and her husband, Julio Cociffi, built their own three-bedroom mountain house more than 30 years ago at the base of Catedral Alta Patagonia in Villa Cerro Catedral, a bucolic village of about 150 Bavarian-inspired homes connected by rustic dirt roads.

The architects kept it simple when designing the 1,615-square-foot, three-level residence set on 16,000 square feet of land. Standout features include a large bow window, a sunroom and an outdoor terrace with panoramic views of Nahuel Huapi Lake and Mount Catedral. In the living room, Mr. Cociffi built a fireplace that doubles as an indoor barbecue pit.

The tranquillity of Villa Cerro Catedral is what persuaded Mariana Barsotti and her husband, Carlos María de Elizalde, to move to Bariloche from Buenos Aires more than 15 years ago.

“We wanted to raise our son more connected to nature,” Ms Barsotti said.

In 2005, the couple purchased one of the village’s original homes, built in the 1970s with brick, cement and roof shingles hewed from Patagonian cypress. They paid $85,000 and invested another $50,000 to renovate the house and add a fourth bedroom.

The couple also built two 800-square-foot, two-bedroom cabins on their nearly half-acre property to accommodate visitors during the winter and summer months.

“We can see the ski lifts from our living room and walk to them in five minutes,” Ms Barsotti said.

Dez Bartelt, a former professional climber, and her husband, the extreme skier Garret Bartelt, typically split their time between Aspen, Colo., and Bariloche. They bought their two-bedroom Bavarian-style home on Lake Gutiérrez shortly after the economic crash in 2001, which greatly lowered property prices.

“Bariloche has the kindest people I’ve ever known, and I’ve travelled to pretty much every country in the world,” Ms Bartelt said. “I’ve encouraged many friends and associates to move down here, and quite a few of them have.”

“If you love the outdoors, there’s always something you can be doing,” she said. Andrés Amos, a Christie’s real estate agent, specializing in Patagonia, said that “Bariloche has long been a retreat for savvy investors with an adventurous spirit.”

Christie’s International Real Estate has listings in Bariloche that include a large private residence in Arelauquen and lakefront chalets on multiacre plots with private docks near Llao Llao Resort, Golf & Spa, a world-famous mountain lodge built in 1938 by the top Argentine architect Alejandro Bustillo. Prices range from $1 million to $4.8 million.

“Now is a good time to invest in Bariloche because of the strength of the dollar,” he said. “It’s more than tripled against the peso in the past year, and prices have dropped around 30 percent.”

There are several new developments under construction in Bariloche, including Barrancas de Dina Huapi, a 400-acre private community with 439 lots and 250 condominiums on the eastern shore of Lake Nahuel Huapi close to the Limay River. Prices range from $50,000 for a 16,000-square-foot lot to $300,000 for one-acre hillside lots.

Investors interested in buying a luxury condo or apartment can choose from several new buildings.

Capitalinas Bariloche is a mixed-used venture featuring an upscale 48-room hotel and 72 one- and two-bedroom residences starting at 936 square feet. The waterfront property, expected to be completed next April, overlooks Lake Nahuel Huapi and is near the city centre. Apartments start at $300,000, and buyers can add them to the hotel’s pool of rentals for annual returns up to 8 percent of the cost of the unit (based on a 65 percent average hotel occupancy for the year).

Twenty-five lakefront residences ranging from nearly 1,300 square feet to 2,150 square feet have premium finishings, plus balconies and laundry units. Amenities include a heated pool and 24-hour security. Only two units are left on the market, and 12 remaining units are set for construction, selling for $300 per square foot.

Robert Eiletz, a developer from Buenos Aires, is constructing apartment buildings in Arelauquen. Each three-story structure will have two- to three-bedroom apartments ranging from approximately 1,290 square feet to 2,580 square feet and selling for about $2,300 to $3,200 per square foot.

“Construction costs have gone down because prices in pesos haven’t caught up to the strength of the dollar,” Mr Eiletz said. “Since property values have remained stable and tourism to Bariloche continues to grow, it makes for a good investment.”

Considering years of heavy peso devaluations, the local real estate market in Bariloche is struggling along with the rest of the economy, said Mr. Amos, Christie’s agent.