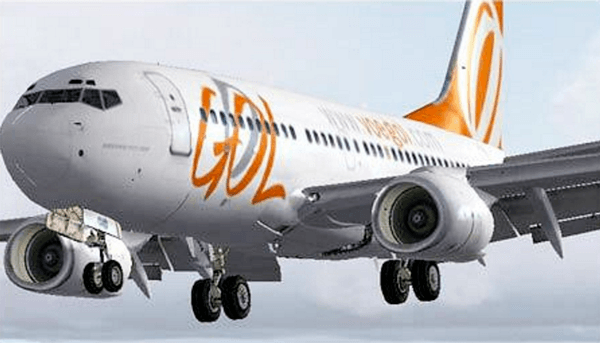 After years of cutting costs amid falling demand, one of Brazil’s biggest airlines, Gol — which is partnered with Argentina’s state-owned Aerolíneas — says the number of extra flights this summer is expected to double compared to the 2015-2016 season. And it is Argentines who are leading the way, with the country’s travellers to Brazil outnumbering the Brazilians visiting Argentina for the first time in years, bucking a history of predominantly inverted flows.

“Argentina’s number one destination is Brazil and Brazil’s is Argentina. And there’s a particular twist to that today, which is that Argentines are travelling more to Brazil than the other way round,” Gol’s Director of Institutional Relations Alberto Fajerman told the Herald. “Firstly because it’s a great destination, then because of the end of restrictions to purchase foreign currency, and finally because the real had a bigger devaluation than other currencies on the continent, and that turned Brazil into a reasonably economical destination.”

Summers are always a period of increased demand, with firms adding special flights (be them chartered or sold on an individual basis) to cover for rising tourism, but despite two consecutive years of recession in Brazil and in 2016 plunging purchasing power in Argentina, Gol said it was expecting roughly 250 extra flights when compared to nearly 125 a year ago.

Asked if they do this because they expect more demand or if it’s the result of a special policy aimed at capturing a larger share of the market despite a stalled economy, another source close to Gol said that “the company would not move like this if it wasn’t expecting a positive response from the market.”

The firm’s outlook for the Argentina-Brazil market is significant as roughly a third of those flights are covered by Gol, a figure which rises comfortably above 50 percent if its partner Aerolíneas Argentinas is included in the calculations.

The news comes shortly after other foreign airlines made moves to expand in Argentina, with Colombia’s giant Avianca buying the small local firm MacAir in March and Ireland’s low-cost Ryanair also suggesting it could enter the local market.

Gol is also sometimes seen as a low-cost airline too, as the firm emphasises flying on standardised planes to simplify operations, and even uses the lightest paint possible in order to reduce fuel costs.

It was cost-saving that kept the firm afloat throughout the past few years, the firm’s spokesman said.

“It is a difficult market. Business travellers have gone down from 60 percent of tickets sold to 50 percent, with leisure travellers, who usually pay less, growing in proportion. So each flight is producing reduced yields too. Our answer has been to cut costs so as to maintain margins,” Fajerman said, although repeatedly stating that this was not done at the expense of security measures.

He was speaking after an event on the 10-year anniversary of Gol’s maintenance centre in Confins, Minas Gerais, the biggest in Latin America. Technicians for the company there said that they could use the facilities to fix planes from other firms, including Aerolíneas, but that this was more of an informal arrangement on an individual basis and not part of a wider agreement. With the United States’ Federal Aviation Administration authorising the centre to repair US planes, the firm could now also use it for an additional profit stream.

Changes in the market

Historically, Brazilians have accounted for “two-thirds or more” of the bilateral air travel between both countries, down to 55 percent “in good times,” but not frequently.

Now, the market seems to be changing. Brazil, whose currency the real strengthened for years allowing for more travel abroad, has now gotten cheaper for foreign tourists going there. And while Argentina also devalued recently when the clamp on foreign currency trade was lifted in December, capital inflows are expected to keep the peso strong over the next few years, meaning that travel abroad will remain relatively affordable when compared to internal tourism.

While purchasing power for the working person has fallen significantly in both countries as of late, the business sector, whose influence in air travel is strong, has gotten more optimistic after a couple of years of decline with the rise of market-friendly governments.

Gol, Tam, Latam and Azul, the biggest carriers in Brazil, got rid of 60 planes over the last two years to reduce costs by downsizing their fleet. Now, they expect a timid recovery.

Fajerman also hinted at a strategy targeting new destinations, adding direct flights from Buenos Aires to Manaos following the success of others to Fortaleza, Recife and Natal, while he said they also wanted to encourage Brazilians to visit cities outside of Buenos Aires, Córdoba and Mendoza, the typical three destinations for them.

Formally, however, a bilateral agreement means that there is a weekly limit of slots for regular flights between Argentina and Brazil, which is unlikely to be expanded until Argentine firms sell their share in full, something which Gol is already doing. Only in the summer does this figure grow as an exception to keep the additional demand in check.

“We are not adding regular flights because we are occupying the 76 slots we are assigned per week. We are shifting flights from one destination to another to keep demand satisfied,” Gol said.

Outlook for the region

As for other expansion plans, Fajerman said that it was only natural to think about focusing on Latin America due to the firm’s policy of only using Boeing models whose fuel capacity limits them to medium-distance travel. “We want to go to Peru next, then maybe Colombia,” he forecasted.